Iceland’s Secret Solstice Festival Is Unlike Anything Else

by Your EDM Staff
in EDM News, Events, Featured, Live, Reviews, Worth Sharing

This weekend we had the incomparable pleasure of attending Secret Solstice festival in Reykjavik, Iceland. The festival featured a wide array of headliners with the likes of Radiohead, Die Antwoord, Of Monsters & Men, Goldie, Skream & many more performing on a handful of different stages. The eclectic lineup was matched in uniqueness only by the extraordinary side-party opportunities available in accompaniment to the main event. These ranged from the first ever musical performance inside a living volcano by the lead singer of Deftones, to a world-renowned glacier experience, to a dance party in the beautiful Secret Lagoon with the one-and-only house music maestro, Kerri Chandler. Any of these three shindigs would be enough to warrant the voyage across the Atlantic to the magical island-country that is Iceland, especially during the breathtaking summer solstice, but when you wrap them all together over the course of one singular weekend and combine it with a prolific nightlife scene, which goes till 5AM, and incredible spa, shopping & food opportunities, Secret Solstice quickly becomes a must-attend bucket-list experience that we would happily attend year after year after year. 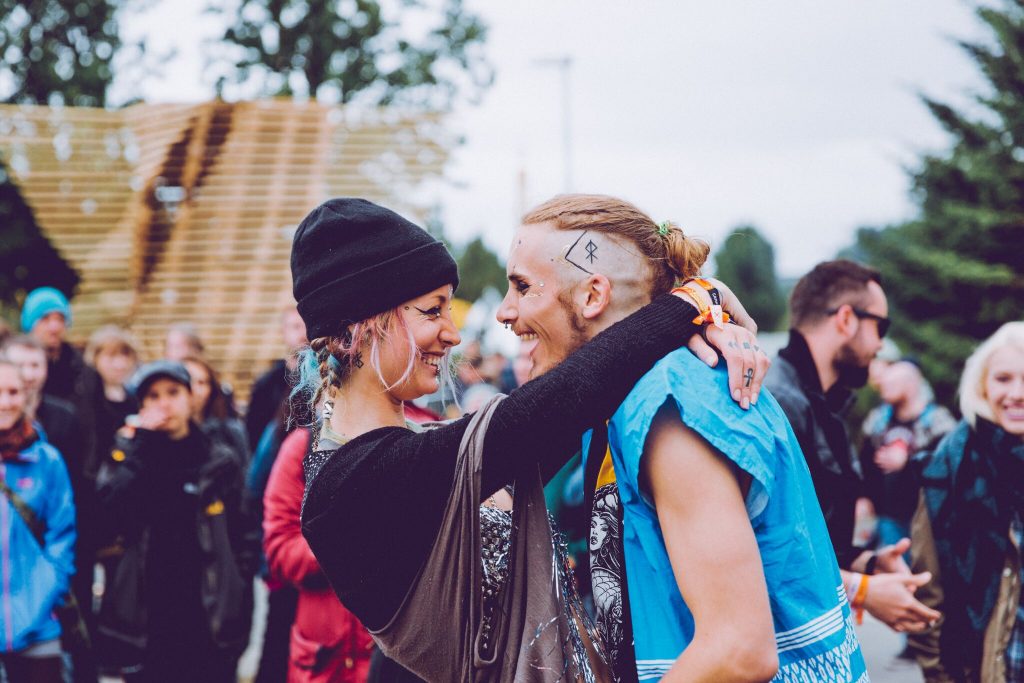 After finding our driver at the airport, we hopped in a van with an artist manager who was hauling some DJ equipment and were subsequently turned down by Action Bronson for a ride to the festival/hotel, because he “doesn’t travel with other people.” And, let’s just say, we didn’t go out of the way to catch his set that day.

We then drove about 40 minutes and checked into our hotel downtown. The festival venue was a mere 25 minutes away on foot, so we took a disco nap and then headed out. On the way, we began to get a feel for Iceland proper, from the prolific & stunning street art to the totally acceptable public drinking and the cloudy, somewhat drizzly 55 degree (Fahrenheit) weather that we couldn’t shake the whole time, but for an hour or two here and there. No matter, though, as the mildly cold weather aided in Secret Solstice’s quintessential fashion aesthetic which we quite simply couldn’t get enough of.

Steini Design is the perfect example of said aesthetic. They have achieved an incredible blend between native Icelandic design and current fashion trends from around the western world. I highly encourage you to check them out on Instagram here and explore their new online shop. In-store in Reykjavik they have an even wider selection, some of which you can see on their Facebook page.

Check out an example of Steini Design’s singular style below.

A photo posted by STEINIDESIGN Icelandic design (@steinidesign) on Jul 1, 2016 at 5:01am PDT

Aside from the various booths, from fashion to food, day one of the festivities for us (day two for most everyone else) was indubitably capped by Radiohead‘s headlining performance. This was an experience unlike any other. Being witness to one of the most renowned active bands in the world in such a magically unique place as Iceland… it feels like a dream today. Though line management to get into the indoor venue which hosted Radiohead could definitely be improved, our press passes allowed us to elude the queue and spend some time consuming Iceland’s very own delicious vodka brand “REYKA,” making the show that much more enjoyable.

On day two we spent less time at the festival and more time exploring the surrounding area as rains prevailed throughout the day. I got a tattoo at a local shop by a legitimate viking of the “Web of Wyrd” Norse runic symbol for fate, and we watched the Iceland UEFA Euro cup game at the local square with much of Reykjavik’s populace. After the game we dove headfirst into the nightlife, bar-hopping till last-call at 5am, and all we have to say about that is: you have to experience it for yourself.

The last day of Secret Solstice was probably our favorite. The weather was gloomy, but we were able to make the most of it. After attending the exclusive secret lagoon party hosted by Kerri Chandler, for which we left our phones behind (a welcome departure from daily life), we made our way back to the festival location early so as to catch a few of our favorite acts playing that night. 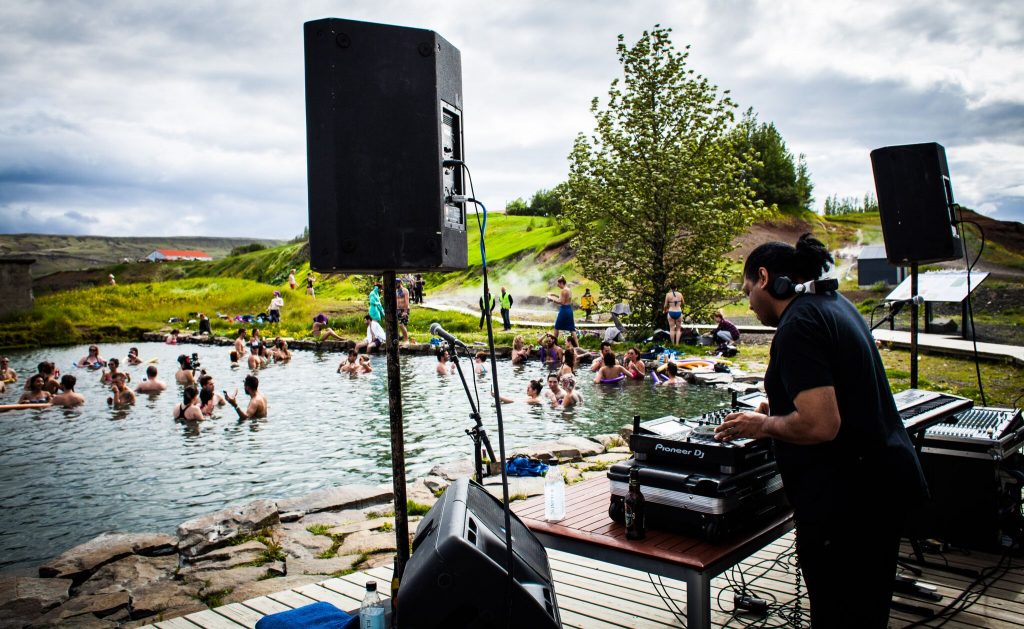 The two best sets of Sunday were undoubtedly Reykjavik-native, international sensations Of Monsters & Men, and the eccentric hip/hop rave-hybrid duo comprised of Ninja & Yolandi, Die Antwoord. During Of Monsters & Men’s performance, I experienced a true first in my extensive festival and concert-attending career… a woman in the crowd, probably in her late 30’s, twirled about front row with a real-life Amazon Parrot held aloft on her fist. Even stranger, the normally warm-weather bird was completely calm and boasted a fashionable parrot-sized jacket as well. Apparently this is completely normal, though, as this woman and her parrot are purportedly well known by Of Monsters & Men fans. Of Monsters & Men Army, a community page dedicated to the prolific band, informed me of this and mentioned that the parrot and its owner even appear in a music video of theirs.

Check it out below: 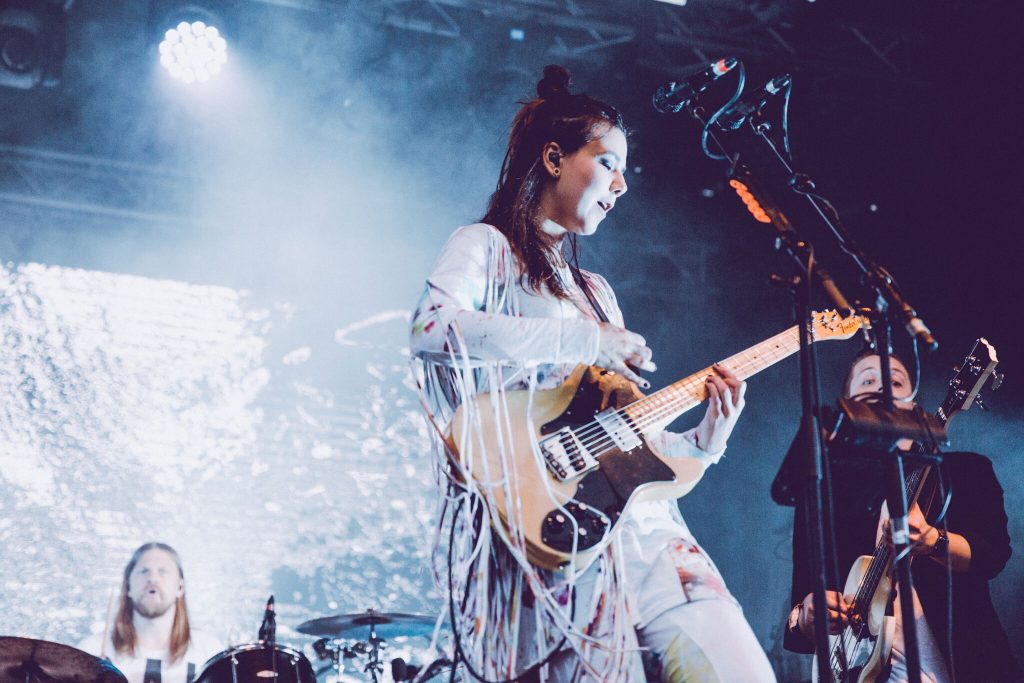 Die Antwoord, after having their flight delayed and set-times switched around, ended up on the indoor stage reserved for late-night house DJs. While some lamented the change, I thought it was absolutely perfect in amplifying their already-palpable energy, and the disorderly pair ended up turning the rage knob all the way up. I was soon shedding clothes in favor of dancing harder and eagerly pledged to my fiance that we would be catching them the next time they make their way through our home-state of Colorado as well. 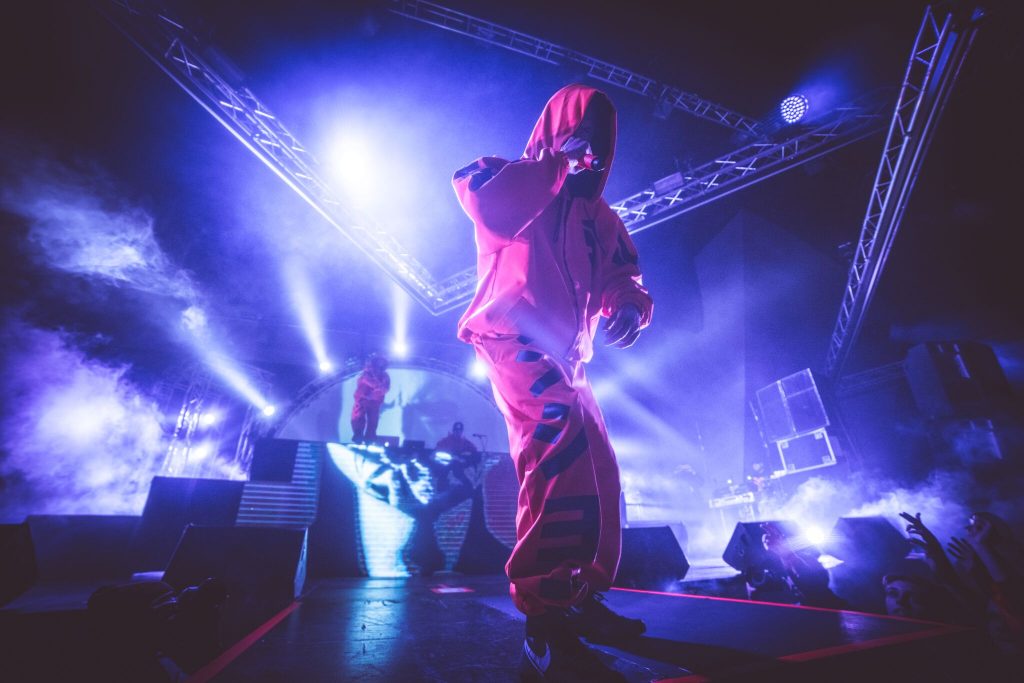 We ended Sunday enjoying the remaining “grass” (as they call it in Iceland) that we had, which we were able to score with the help of some locals. And I’ll leave this as my last note for any reading this and planning a trip to Iceland. Marijuana isn’t hard to obtain there, and while cannabis might be technically illegal, their repercussions are extremely mild for weed-related charges in comparison to the United States. In fact, if you’re downtown it’s common practice to light up just outside the bars, but be prepared to make a lot of new friends when you do.

All-in-all, Secret Solstice was an incredible experience, but what really makes it more special than any other festival is where it’s at and the side-party opportunities which work to combine traditional Icelandic adventure and tourism opportunities with the music we all know and love so much.

For now, goodbye Iceland… but we’ll be back soon.