The team over at All Good Recs has had a stellar, stellar month. Aside from a full record label showcase at Electric Forest, funk darlings SunSquabi released their epic music video for “Odyssey” featuring Griz, the title track for their EP.

The three-piece live band features Chris Anderson on the drums, Andrew Clymer oscillates between the bass & live synths and Kevin Donohue, a guitar and piano specialist who also leads SunSquabi’s in-studio production. Friends since their youths, the three musicians grew up listening to the same music that continues to inspire them to this day.

The video was shot in Colorado by Level 1 Productions, featuring the snowy Colorado mountains as well as some choice footage from Electric Forest.

SunSquabi will also be embarking on his “Odyssey” Fall Tour starting in September, culminating in a Red Rocks takeover with The Floozies, as well. 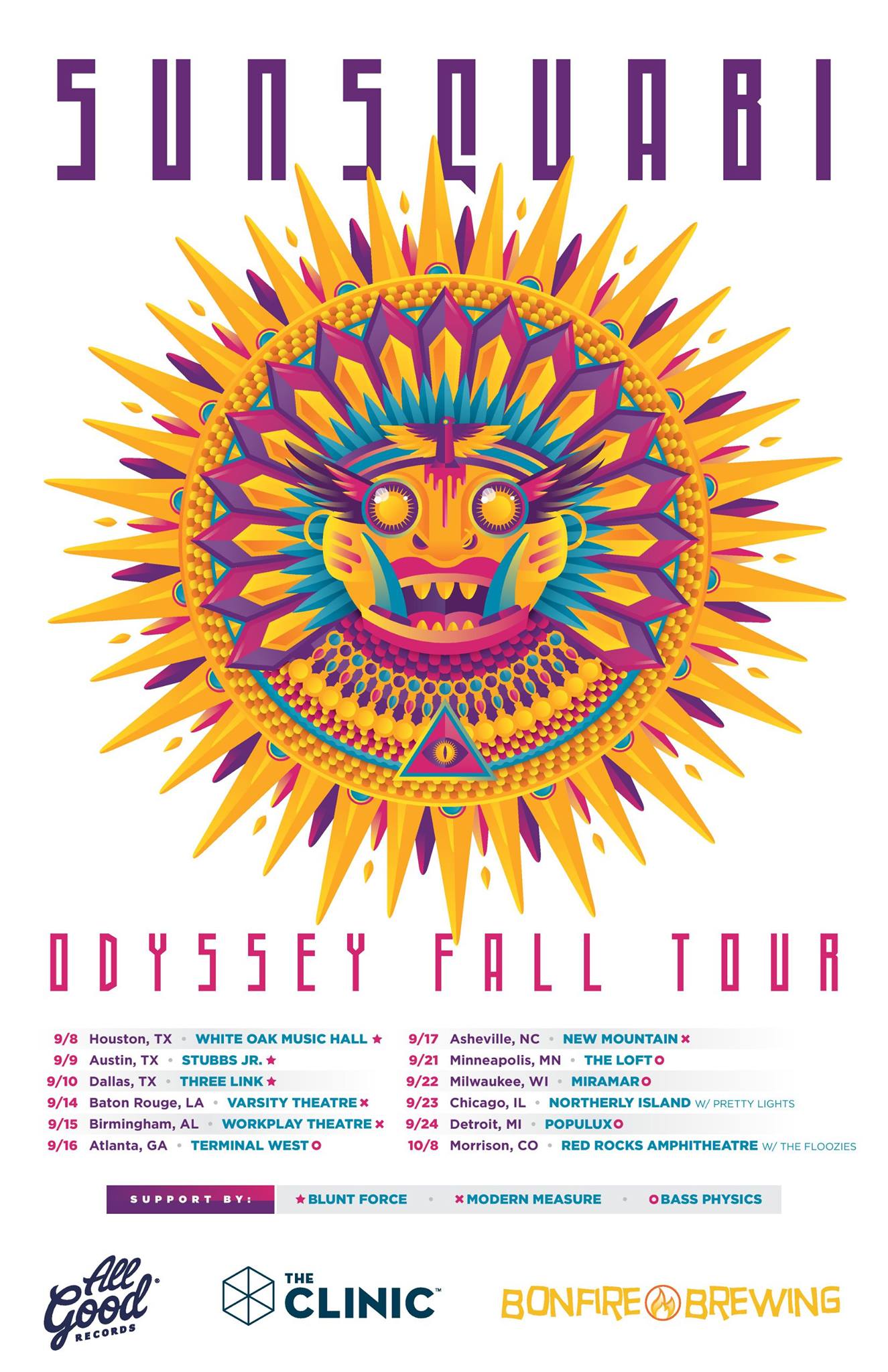