If you’ve ever had the urge to browse through 147 years of popular music history displayed through a stunningly intricate visual representation with up to date knowledge I’ve got just the thing for you.

Musicmap is a Belgian website that attempts to provide the genealogy of 150 years of popular music which of course is no easy task because of the huge number of musical genres and subgenres out there. All in all the project took over seven years of meticulous research and the final product is impressive, to say the least.

‘Regular’ genres are classified as ‘supergenres’ and colour coded while subgenres are surrounded by an enormous amount of lines depicting their relationships with other sounds – with all of it mapped out by time-frame of when every subgenre was created. 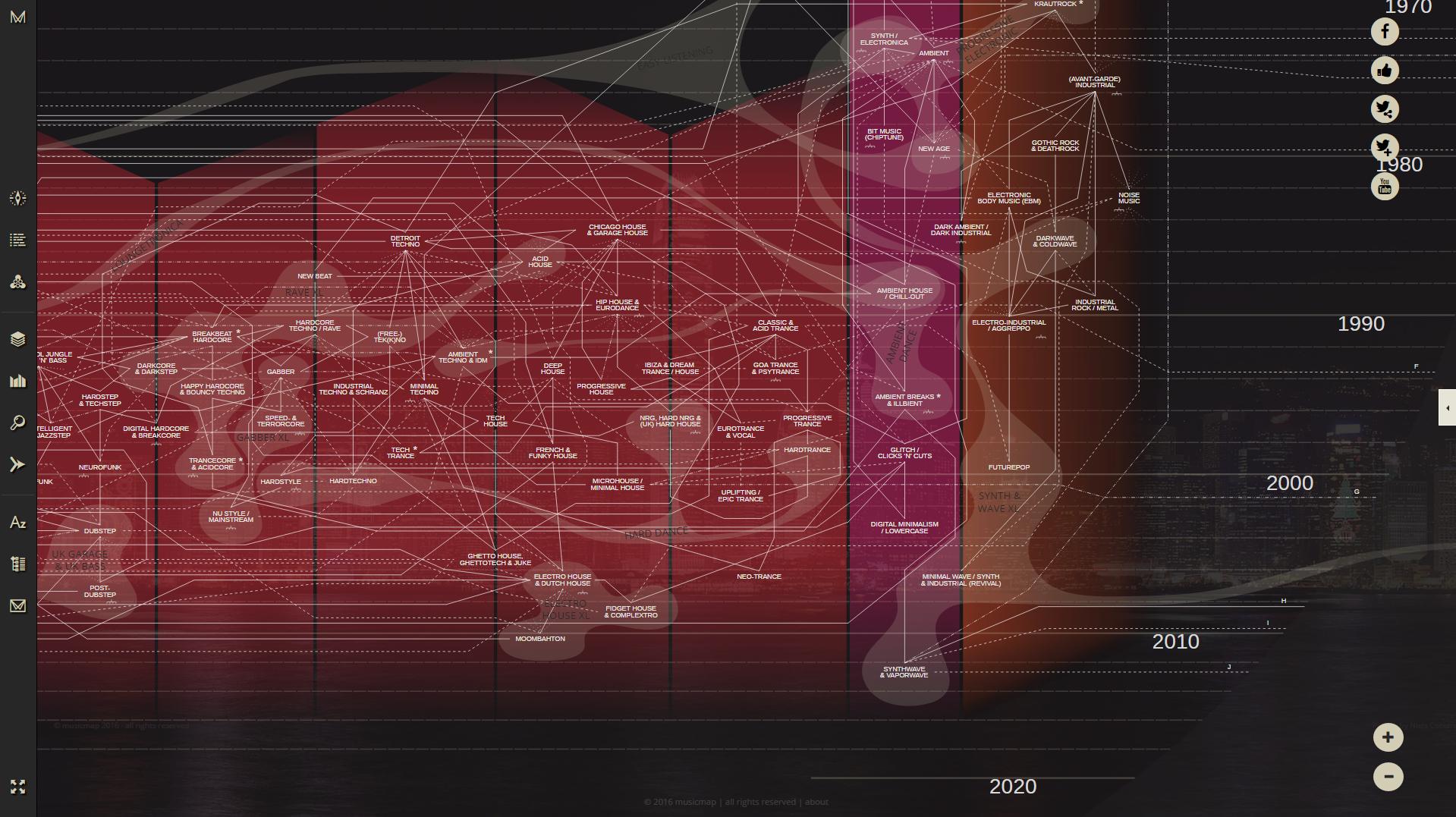 All in all, there are over 200 subgenres plotted out each with a detailed history of the sound as well as influences, its decade of inception, musical explanation, other subgenres it influenced, and even a YouTube playlist of songs that fall within that subgenre – Spotify to come soon as well.

It’s unsurprising that the project has taken over seven years due to the sheer amount of information found on the site. There’s even a glossary of musical terms for the non-musicians confused by a word or phrase.

While some have criticized the project as “soul-less” due to its attempt to rigidly classify “sounds” into subgenres and meticulously categorize music, it’s nevertheless an exciting snapshot of how music has developed over the past 150 years and a great way to kill an hour and explore new sounds. Check out here!