Canadian bassheads Zeds Dead took to social media recently to drop some massive news, revealing a new album and plans for a new tour. Dubbed Northern Lights, the new album will feature a number of well-known artists and will also come alongside a huge international tour with the same name.

Northern Lights will feature Weezer’s Rivers Cuomo, rappers Pusha T, Jadakiss, and Styles P, as well as Diplo, Elliphant, and former collaborator Twin Shadow and will be out in September. With such a diverse range of collaborators announced for the album, we should expect to hear an equally diverse range of sounds. And it seems like the duo were willing to experiment a bit with this album, having this to say about the ideas behind its creation:

There is something undeniably captivating about the night sky. It’s almost like a direct projection of the unknown. The phenomenon of the Northern lights serves as a stark contrast to this –something vibrant and beautiful emerging from this darkness. It’s a cross roads where we feel a lot of our music exists and its something that we really wanted to further explore with our debut album and live tour. We can’t wait to bring you into this world over the next few months.

Check out the tour poster below and see if they’re making a stop near you! 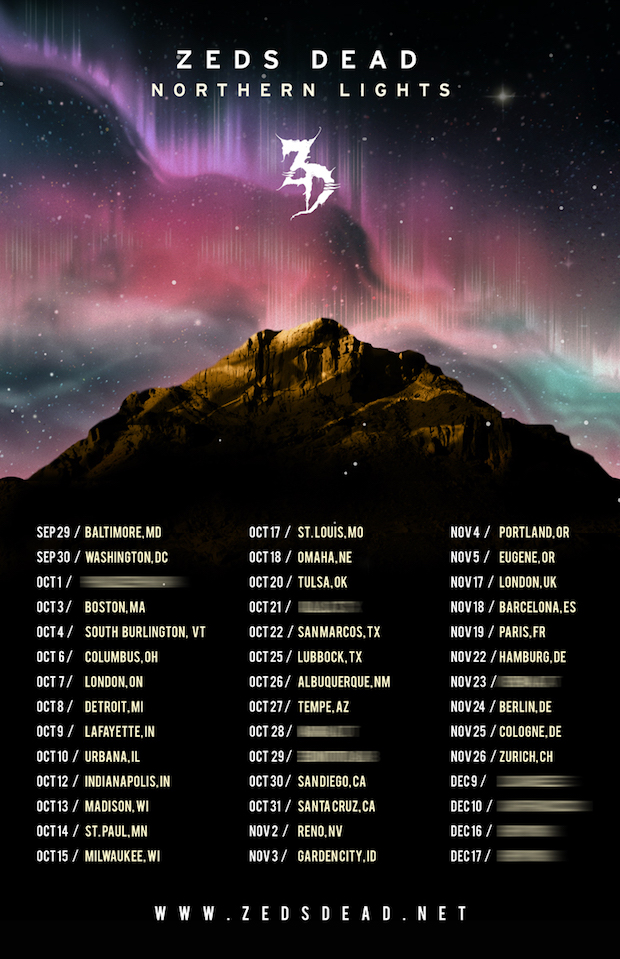 Also check out one of the new tracks they dropped at Red Rocks for Deadrocks recently.

new zeds dead from Sue B on Vimeo.