We recently reported the unfortunate new that two teenagers died during this past weekend’s T In The Park Festival. The three-day Scottish festival had a green Rolex-type pill being circulated, a pill that has been linked to 15 deaths in the UK. In an effort to keep the festival goers safe, as well as put a stop to the pill’s circulation, festival organizers placed amnesty bins around the festival for people to dispose the lethal drug anonymously. However, the pill is still feared to be in circulation at other festivals around the country. 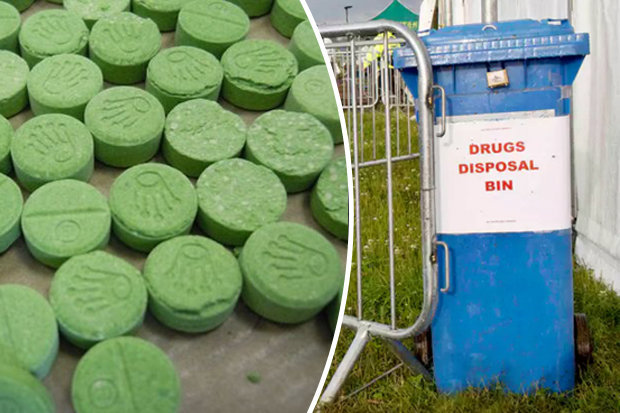 The green pill with the Rolex crown stamped on it is made to pass as MDMA. However, the pills contains a very strong stimulant called para-methoxyamphetamine, also known as PMA. This strong stimulant was being sold around the country back in 2013 and was the cause of deaths in Scotland and Northern Ireland.

The two that lost their lives this weekend were Megan Bell and Peter MacCallum. Although the deaths have not yet been linked to the pills, the investigation continues. When asked about the fatalities, Police Scotland’s gold commander of the festival said, “We are continuing to investigate these deaths and are following lines of inquiry, including the possibility that they may be drug-related.” Watch out for this green pill and be careful out there.