by Matthew Meadow
in Reviews, Worth Sharing

Ten days ago at Exchange LA was witness to one of the strongest forward-thinking house lineups the club has seen to date, with Chill Harris and Popeska playing support to none other than The M Machine.

While every artist on the lineup performed a great set, I was most excited to see Chill Harris, whom I hadn’t seen since he rebranded from Kill Paris at the end of last year.

Despite low attendance, Chill Harris, who was opening that night, still managed to play an extremely energetic and varied set that kept people dancing. Dropping cuts from Stephen, Grabbitz, and more, he showed his attention to the current trends of scene while he weaved his own unique creations into the mix. As per usual when I see Chill Harris, the highlight of my night was when he dropped his cover of M83’s “Midnight City,” one of my favorite tracks ever.

He still managed to weave in some newer tracks from his recent album, Galaxies Between Us, as well.

The M Machine went on next and Popeska closed out the night. 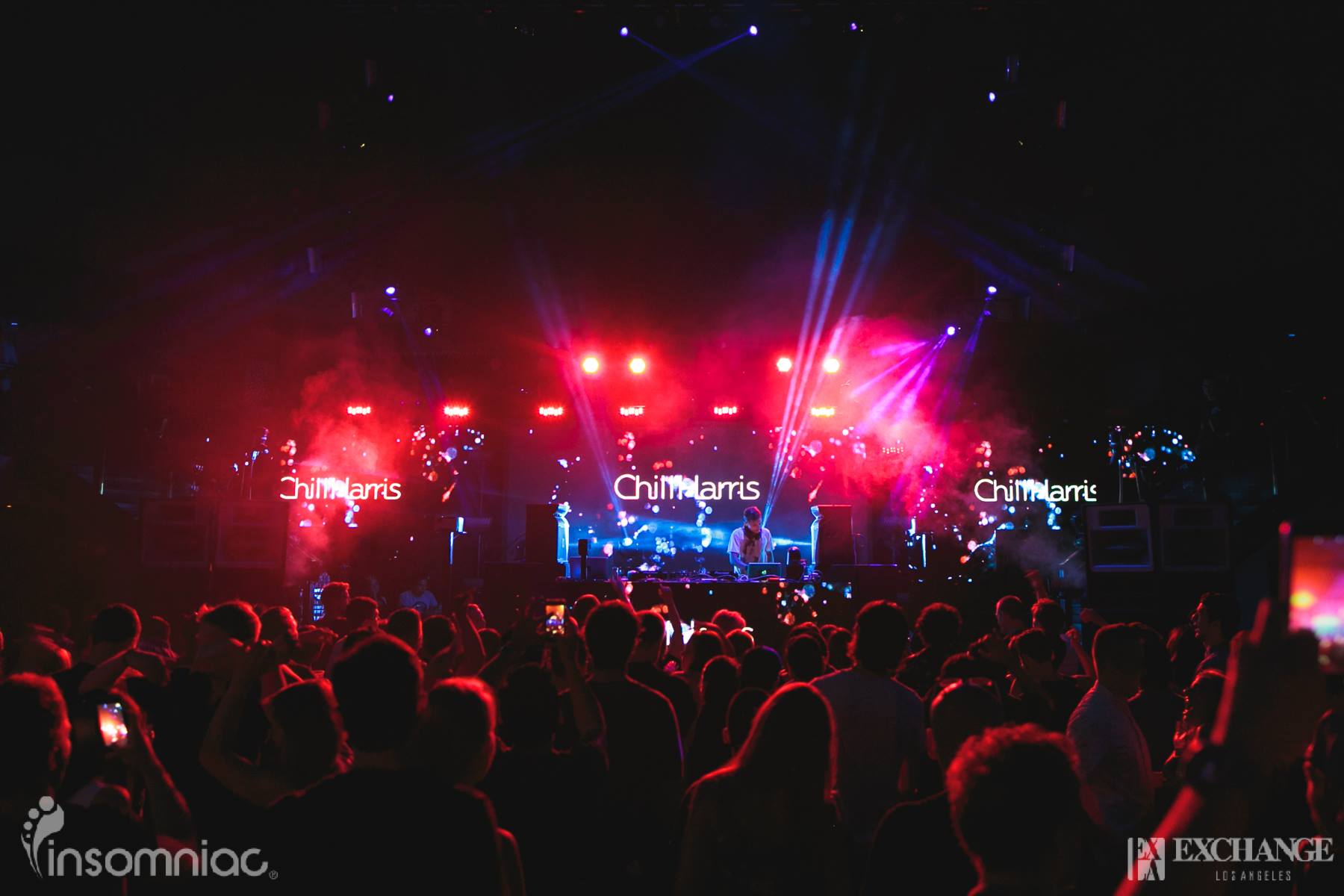 The club was criminally underattended that night, with bottle service tables making their way onto the dance floor, something I’d never seen before at Exchange. The crowd slowly trickled in over the course of the night, but it was never fully packed as it usually is. It’s important to note that Woogie Weekend, a major SoCal music festival, was also taking place that same weekend and so likely drew a large portion of the crowd that would have been present.