Have you ever wanted to personally chat with Hardwell? Well now you (kinda) can, thanks to a newly created bot for the Facebook Messenger app. Fans will now be able to slide into Hardwell’s DMs and get direct responses from his page on a number of Hardwell-related topics.

The Dutch DJ hopes the bot will introduce the fans to a new and exciting way to ‘interact’ with him. Instead of scouring the internet and multiple links to figure out Hardwell’s tour schedule, you can now send his page a message and the automated bot will relay the information back to you. You will also be able to record personal messages and send them via Messenger for Hardwell’s “Fan Shout Out of the Week” during his weekly Hardwell On-Air radio show. Additionally, votes for the Top 3 tracks can be submitted via Messenger with the bot tallying up the scores. Apart from integration into Hardwell On-Air, the Messenger bot will also keep track of fan art submissions, which will be featured on Hardwell’s Twitter and Instagram.

While this isn’t exactly ‘direct’ interaction with his fans, it seems to be a step in the right direction for Hardwell and his numerous international fans. Many EDM fans still get excited when Twitter-bots like a tweet, so I can’t imagine this idea being ill-received by the millions of Hardwell fans out there.

However, the app isn’t perfect, of course. 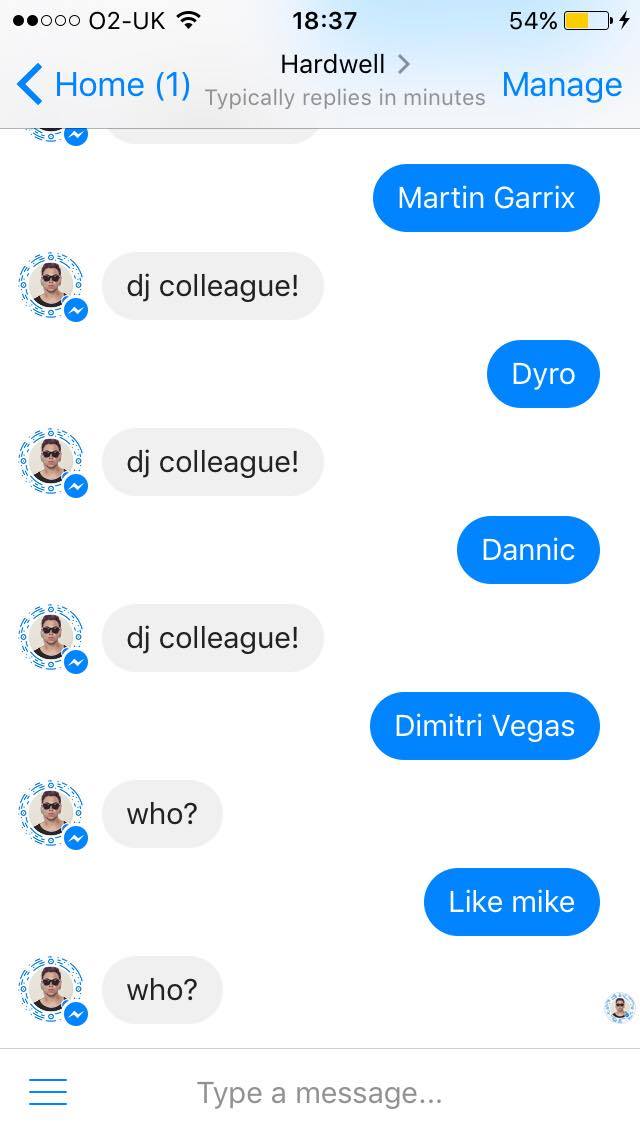