In recent years, the phenomenal festival known as Alfa Future People has gained a reputation for having some of the most insane stage production in the festival scene. Its ethos of coupling the latest in technology with an impressive display of music and production has grabbed the world’s attention, and they’re diving into 2016 with high hopes.

Alfa Future has released a teaser video of its new stage design, and it’s shaping up to be a colossal adaptation of the festival’s theme. Stemming from last year’s face, the new main stage offers a greater perspective of the Alpha Future cyborg, which will expectantly gaze upon the massive crowd. From the final pictures, it looks as if the DJ booth will fit into the cyborg’s cupped hands, almost as an offering to the festival’s 40,000 attendees.

Alfa Future People 2016 will take place in Bolshoe Kozino, Russia from July 22nd to the 24th. Have a look at the impressive design and scale below, and get ready for another incredible follow up to last year’s event. 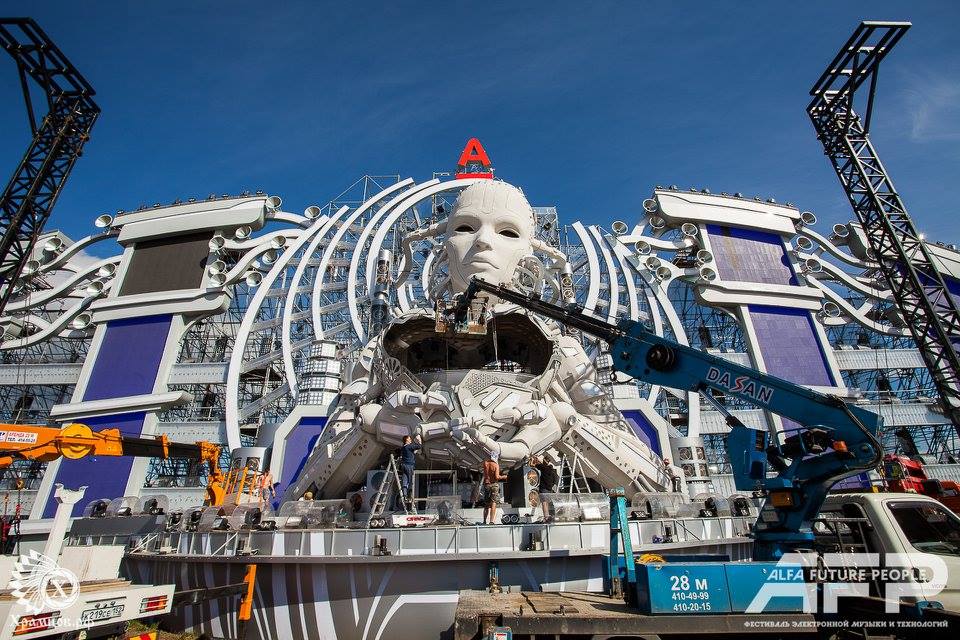 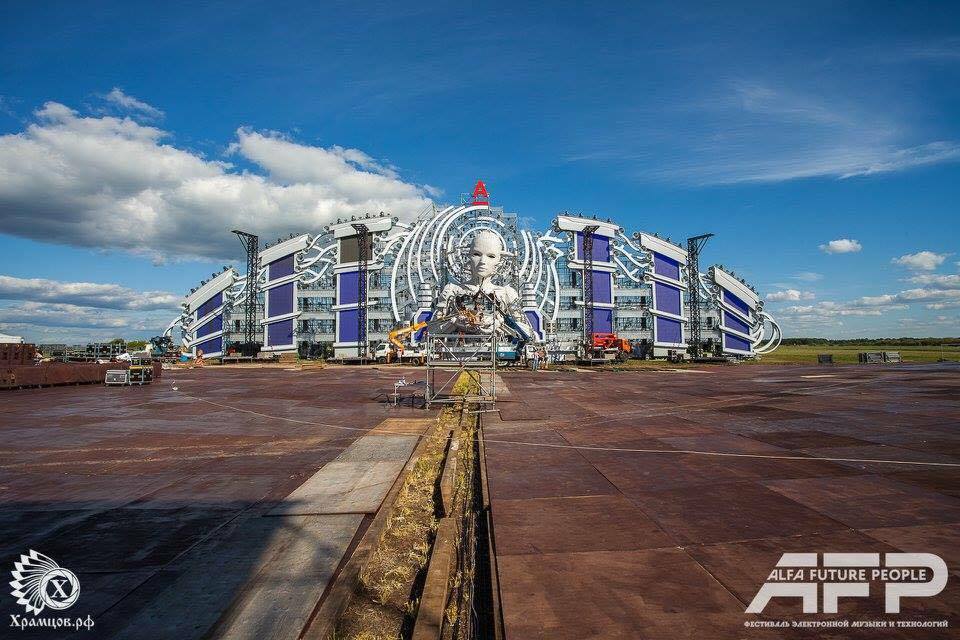