What a run it’s been for bass and trap superstars Slander and NGHTMRE! With a huge North American bus tour just announced through fall 2016, the fun seems to only just be getting started! The Gud Vibrations party sold out in both Miami and LA and now the two artists will be taking the party to you.

The Gud Vibrations Bus Tour kicks off November 10 and will feature over 30 stops along the way, winding down right before Christmas. While most of the tour dates and stops have yet to be announced, so far, most of the confirmed dates for Phase 1 have the duo in and around the midwestern United States.

Check out the poster below for details and watch the announcement video to catch a glimpse of the budding superstars practicing their Running Man Challenge. Ticket info can be found at the official site here. 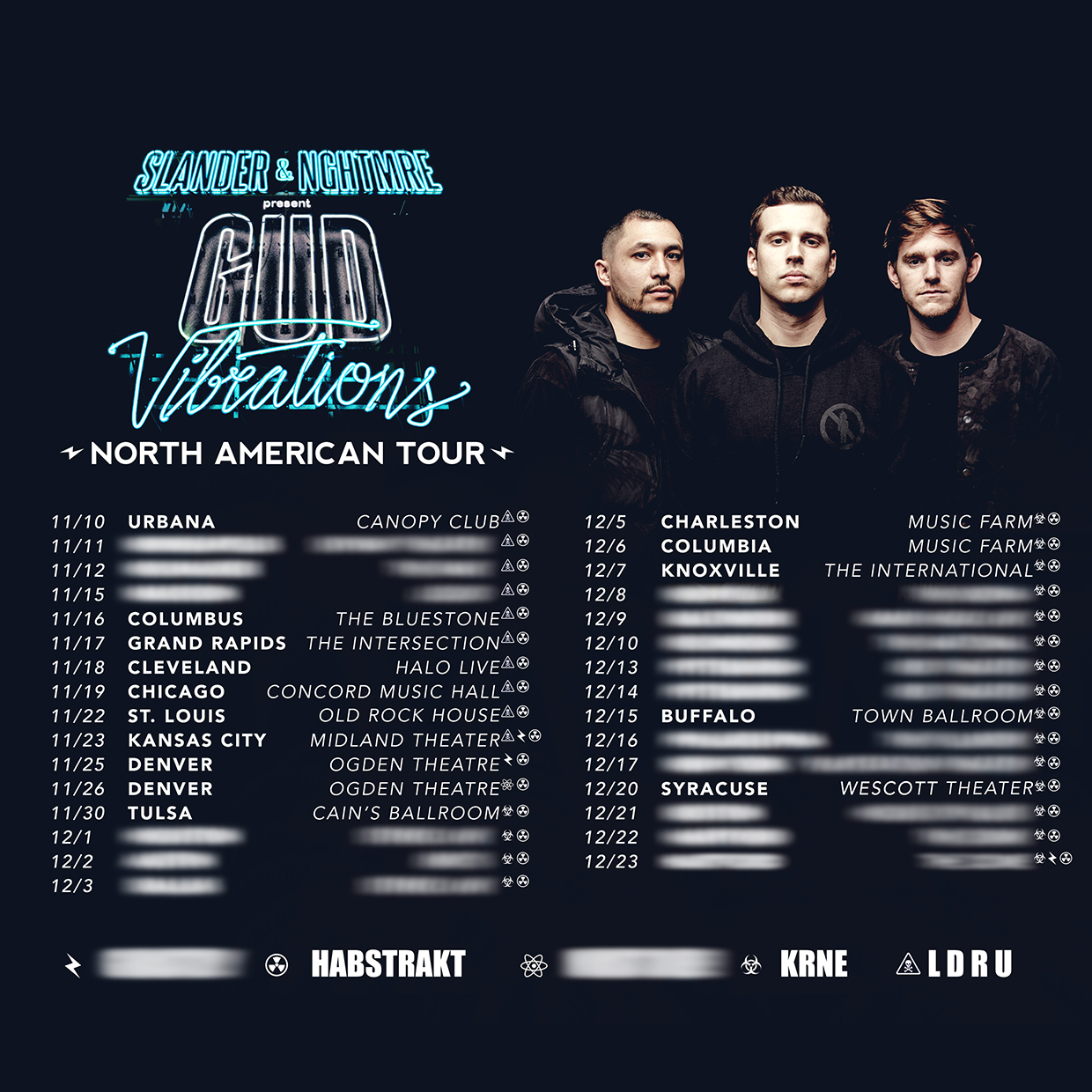