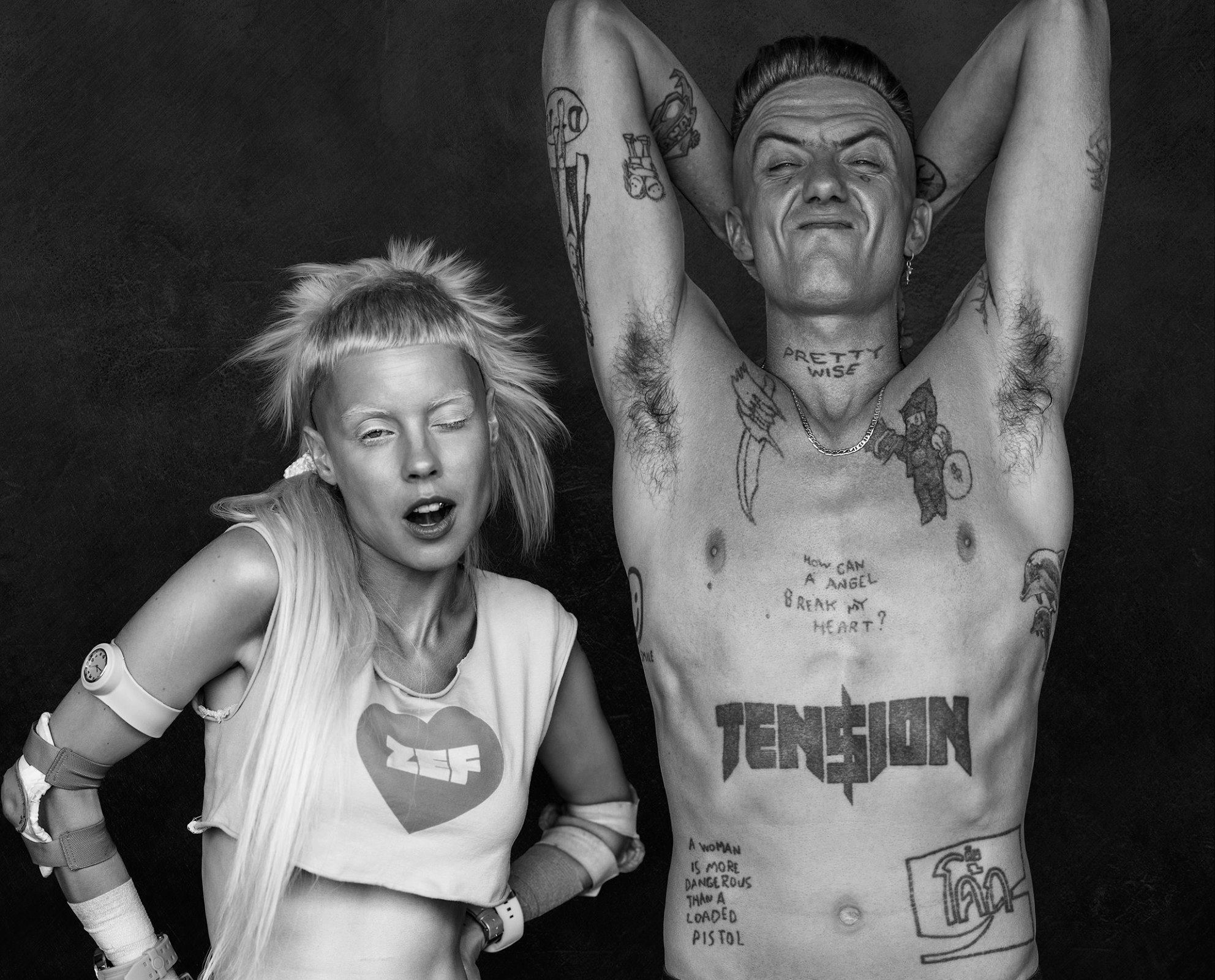 The South African rap/rave duo known as Die Antwoord has been captivating our ears and eyes since $O$ released in 2009. Led by the eclectic Ninja and Yolandi Visser, along with DJ Hi-Tek and the art direction of Roger Ballen, the group has risen to be one of music’s most questionable acts, both in sound and aesthetic, and we absolutely love them for it.

Now, Die Antwoord has just announced the release date of their fourth studio album Mount Ninji and Da Nice Time Kid. Officially scheduled for September 16th, the new album has already gone through numerous working titles and sounds, and we can’t wait to listen to the final product. Along with the announcement, Die Antwoord have released a new single titled “Banana Brain,” and a lengthy Instagram post describing the album’s many iterations.

When Ninji, ¥o-landi and God hooked up with The Black Goat and started recording Die Antwoord’s 4th album around 2 years ago the mood of the tracks we started banging out was rough and tough and mischievious and wild and hard and dark and at that point were going to call this album RATS RULE, cos in life you get the champions and the underdogs and in our minds we sometimes feel like 1 level below the underdogs in this fucked up pop world, but we also know our time is comming, and soon we gonna take over this whole bitch. So anyway, then we made some more tracks and the core of the album stayed all dark and ratty but a new layer oozed out around our dark core that was kinda mental and lunatic and random and juicy and 2 much fun and so we changed the name of our album to WE HAVE CANDY. Then recently while we was finishing up this album another layer exploded out of our dark wild juicy core like a giant supernatural mega aura and suddenly our album was so epic and sometimes vulnerable and sometimes sweet and romantic and so brave and full of mystery and win, like when you going through hell, and the mission feels impossible, but you not allowed to fail, and all you can do is keep your chin up and keep going, then when you least expect it you emerge from this dark never-ending hole, and… you made it! And you can’t believe it, and you’ve changed inside and you’re better and stronger and calmer and more fun than you were before you journeyed merrily in2 hell. And as we stepped out into the light, a little bruised and battered, but still ok, we blinked and tried to focus then looked at each other and laughed out loud. Then ¥o-landi said, “Why don’t we call the album MOUNT NINJI & DA NICE TIME KID?” And Ninji’s shoulders relaxed and he slumped back into his chair and said, “You a fuckin genius! I love you!” @prawn_star @djhitekisgod @djmuggs_the_black_goat_ Photography by @rossgarrett Album To Be Released September 16th Pre-Order Link In Bio