Two days ago, we reported that Skrillex had dropped a track during his Beats 1 residency that sounded an awful lot like something From First To Last would make. Any good Skrillex fan knows that Sonny Moore used to be lead vocalist for the emo/punk band, and a “great” Skrillex fan was probably listening to FFTL before we all knew who Sonny was.

The track in question undoubtedly featured Sonny’s vocals, and the angsty rhythm and guitar definitely gave credence to the theory that it was a new From First To Last track. Amidst reposts and social shares, it was still left as a rumor. Now, thanks to Soundcloud’s copyright detection abilities, new evidence has given even more credence to that theory.

An upload to the Skrillex subreddit seems to suggest that a takedown of the track by Atlantic Records (on SoundCloud) confirms that the track is a legitimate return to FFTL for Skrillex. 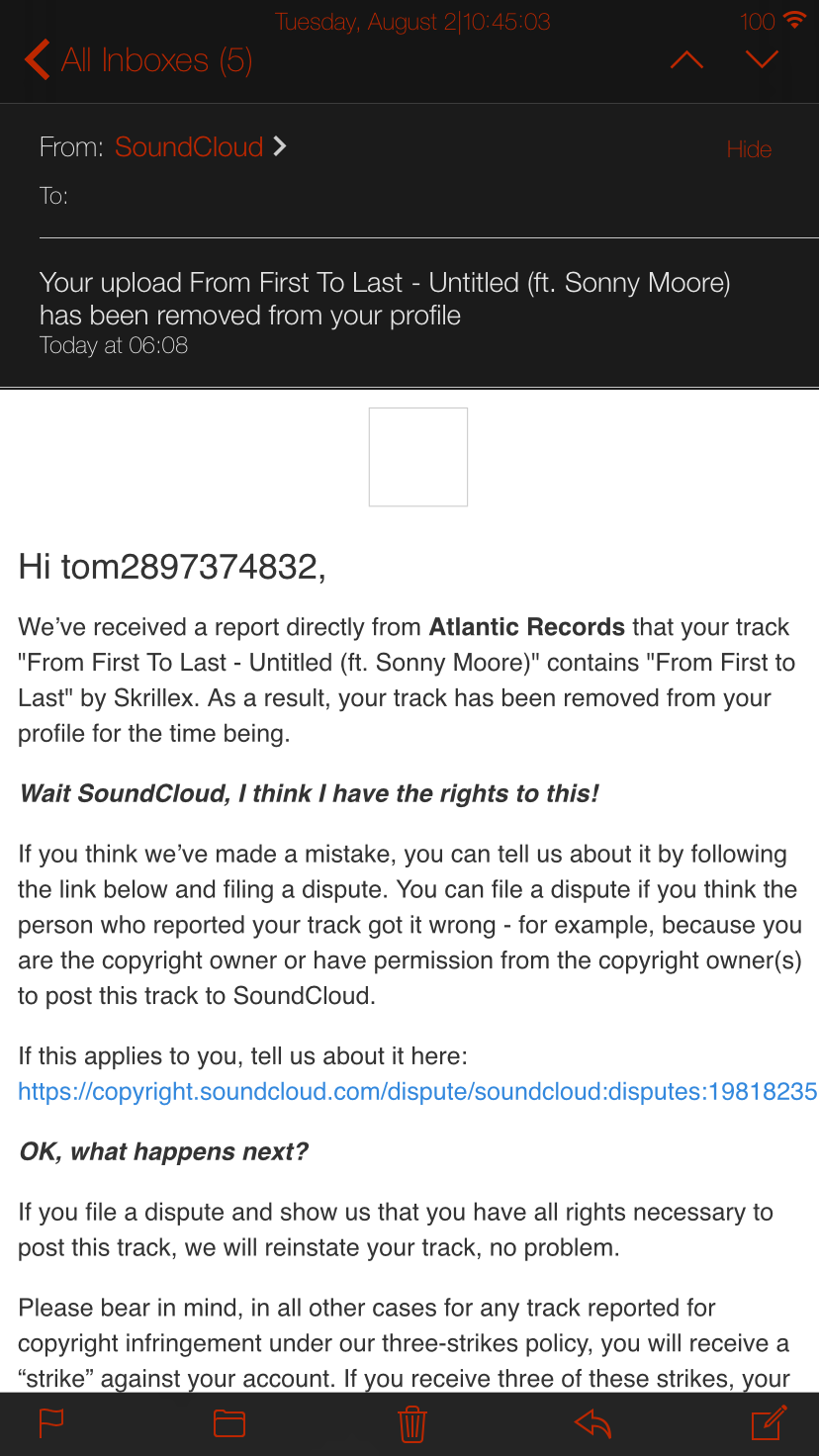 A takedown, especially on Soundcloud, is not a perfect confirmation of anything. However, it’s definitely something.