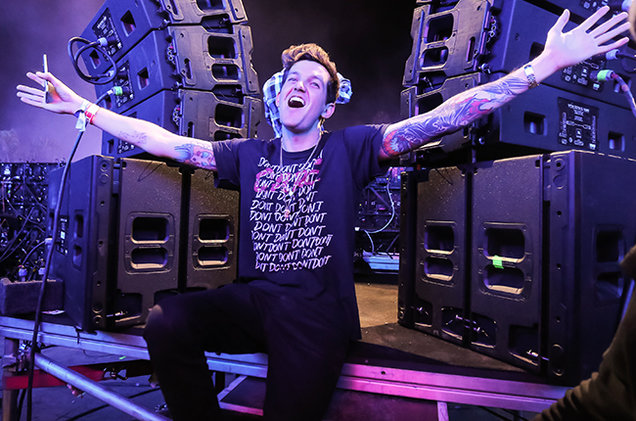 The amount of unreleased Dillon Francis music to be debuted as of late is truly staggering. From his several collaborative IDs with Calvin Harris and Rihanna at Chicago’s Spring Awakening, to his reveal with Bro Safari at Paradiso, to his recent drop of a new Flosstradamus collab at Mad Decent Block Party, Dillon appears to be sitting on a veritable mountain of unreleased goodness. Whether or not this material spells a new album in the works we can’t say, but the prospect alone is exciting enough to keep us hooked for the next debut.

At a performance this week, Party Favor took to the stage for a walloping set that included – what else – a brand new collaboration with Dillon Francis. According to a Facebook post, the track is set to officially release on Friday, August 12.

The track comes as a nostalgic throwback to the moombah style of Dillon’s beginnings. Featuring a thunderous, midtempo beat and high-pitched vocal cuts, the track is an instantly familiar banger. If you don’t believe it, just watch the crowd in the video below.