The Chainsmokers Topped The iTunes Chart In Three Days

Man, it really doesn’t seem like I can run out of positive things to say about The Chainsmokers because what they’re doing is really just that unprecedented in the EDM world.

Their latest single “Closer” with Halsey was released on July 29th… and three days later they had already hit #1 on both the US and Canadian iTunes store on August 1st. Along the way, they leapfrogged “Cold Water” by Major Lazer & Justin Bieber, Justin Timberlake, and Kenny Chesney all with relative ease, prompting The Chainsmokers member Alex Pall to jokingly tell the country singer to “suck a D” on his personal Facebook page. 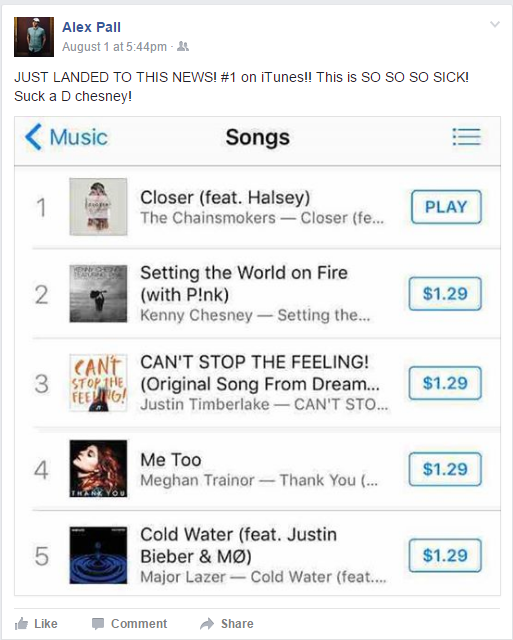 Congratulations again to The Chainsmokers, we can’t wait to see what else they’ve got in store for us.

Chuckie’s Response To DJs Complaining About Tour Life: “Man Up”