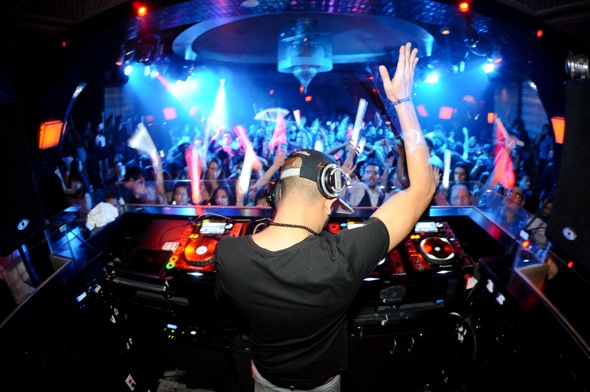 Chuckie’s Response To DJs Complaining About Tour Life: “Man Up”

The touring life of DJs and the hardships that come along with being on the road for two thirds of the year has been a trending topic in the media in 2016. With so many high profile artists like DJ Fresh and Avicii writing off touring altogether, one has to wonder about the ramifications of such a strenuous lifestyle.

Just yesterday, Alison Wonderland posted something short to Facebook describing the difficulties of being alone and traveling as a solo DJ. At one point she writes, “We don’t go to an office every day and see people.. we are alone.” Sure enough, when a DJ is traveling on their own from destination to destination, days and weeks blur together and form an unintelligible mess of hotel rooms and airports.

In an interview with Miami New Times, in response to a recent article published by The Guardian, Chuckie states, “So many artists had no career and no one cared about them, and now they’re complaining that it’s too much stress. A lot of people need to man up. You have to stay fit and find balance. Only the strong survive.”

Chuckie reportedly took 450 flights last year; the number is similar to those of other high-touring musicians like Skrillex and Diplo who frequently find themselves on different continents on consecutive days.

The two conflicting opinions on touring life should each be taken at face value; not everyone has the constitution to sustain a lifestyle like that of a touring DJ, and sometimes it takes years for an individual to hit that wall at the end of the road. For Chuckie, who has been touring as a DJ for over a decade, the job is simple: “I don’t care if there’s only 40 people left standing on the dance floor. I’m a DJ, and my job is to serve the dance floor.”