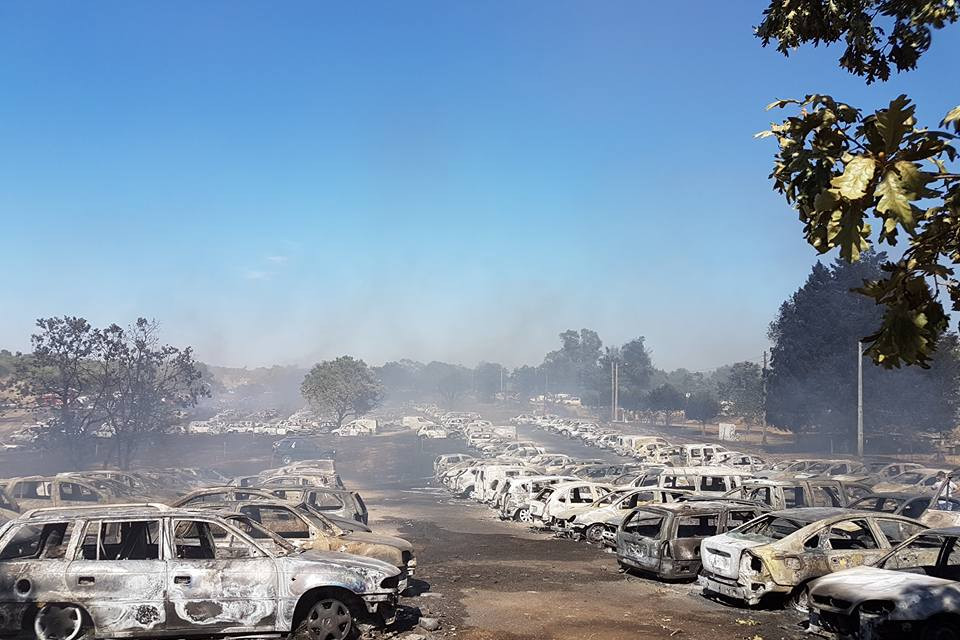 Thousands of attendees of Portugal’s annual, seven-day Andancas festival were evacuated from the grounds on Wednesday after over 400 cars in the nearby parking lot caught fire.

The fire started around 3 p.m. local time and was fought by 160 firefighters, 42 vehicles and four air vessels. Authorities said that there were no casualties.

One witness, musician Pedro Mestre, told authorities that the cars exploded as the fire raged on, sounding “like popcorn.”

Carlos Guerra from the Portuguese National Civil Protection Authority said, “”The fire started in a vehicle and spread rapidly to other vehicles and then to the surrounding bush.”