The Billboard Hot 100 chart is recognized by many as one of the most important music ranking systems, providing a snapshot of the most popular songs in the United States. I’ve talked at length in the past about how rare it is for EDM artists to consistently break into the upper echelons of the chart, but now it looks like that that might no longer be the case.

According to Forbes, there are more songs by EDM artists in the top 10 of the Hot 100 this week than there have been in all of 2015. 2015 only saw three singles reach the top 10: “Lean On,” “Where Are U Now,” “Hey Mama”. Felix Jaehn’s remix of “Cheerleader” did top the charts, but seeing as it’s technically an OMI single it was rightfully discounted. Even if we do include it, EDM’s dominance in the past month is still clear, there are just as many top 10 singles this week as there were all of 2015. Not as impressive as more, but impressive nonetheless.

A glance at the Hot 100 this week has Calvin Harris in the lead at #3. “Cold Water,” which peaked at #2 last week, slides down to #5, “Don’t Let Me Down” is right behind at #6 while the newest The Chainsmokers single “Closer” debuted at #9. Speaking of the single, “Closer” is one of those rare tracks that debuted at the top 10 – no easy feat. 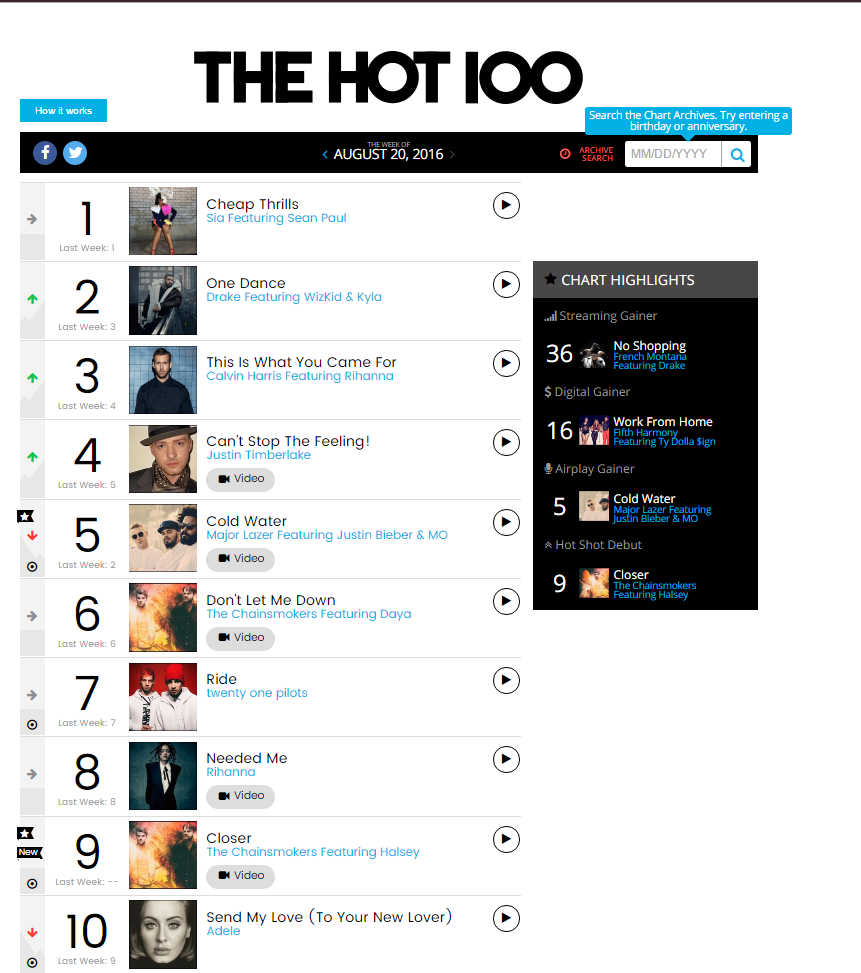 “Roses” by The Chainsmokers was also a top 10 single earlier in the year as was “I Took A Pill In Ibiza” by Mike Posner.