Decadence Arizona is about to throw its third installment, and the acclaimed New Year’s Eve party has put together a mouthwatering lineup to reign in the new year in style. Featuring Deadmau5, Zedd, The Chainsmokers, Disclosure, Porter Robinson, Arty, Green Velvet, and Jauz, 2016 will host the event’s most expansive lineup to date.

From December 30th to the 31st, Relentless Beats will be transforming the Rawhide Western Town & Event Center into Arizona’s biggest super-club for two nights of decadent celebration. This lineup announcement is only the first of many, so be sure to stay tuned as more artists are added to the roster.

Tickets are freshly on sale as of today, and you can learn more about the two-day extravaganza here. We can hardly stave off our excitement as Phoenix, AZ gets ready to throw the biggest party of the year. 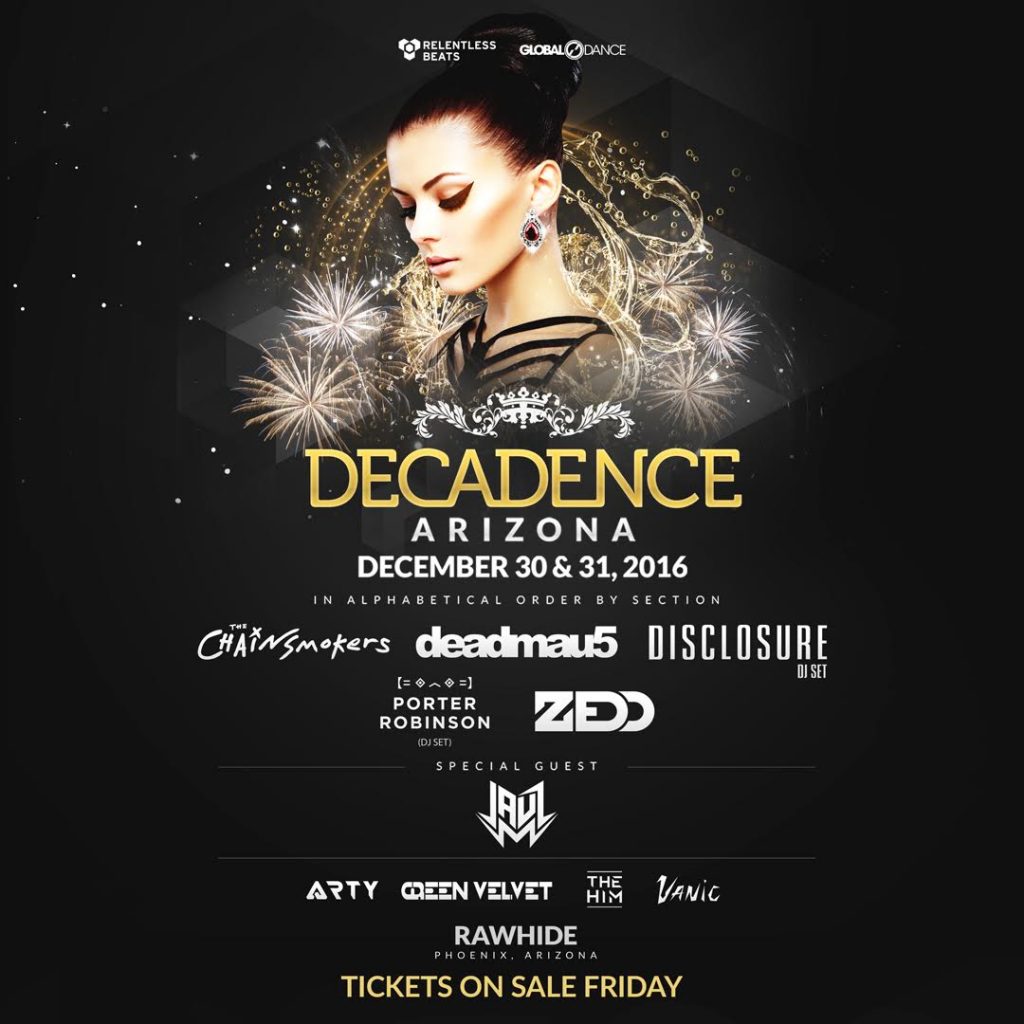