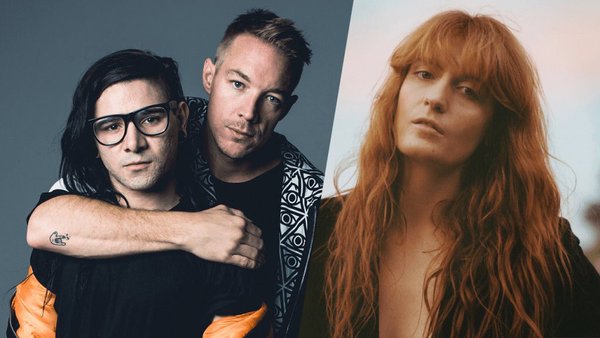 Skrillex and Diplo took to the UK’s Reading Festival this evening for a special performance as their duo Jack Ü to a packed crowd. After live streaming part of the set via Skrillex’s Facebook page, the two ended the evening by dropping a preview of their brand new collaboration with vocalist Florence Welch for the very first time.

Teased back in March while the track was still in its infancy, the “final” version seems to have undergone a startling transformation and emerged as a high-flying future bass swayer rather than the more typical, bassy Jack Ü release we expected.

It begins with speckled percussion and Florence’s chilling vocals before the pace and energy picks up. The drop is reminiscent of the newly coined “Marshmello sound,” featuring soaring, high-pitched vocals and a double-time, future bass bounce underneath.

Listen to a rip of the performance below, courtesy of r/skrillex, and keep your eyes peeled for its official release.