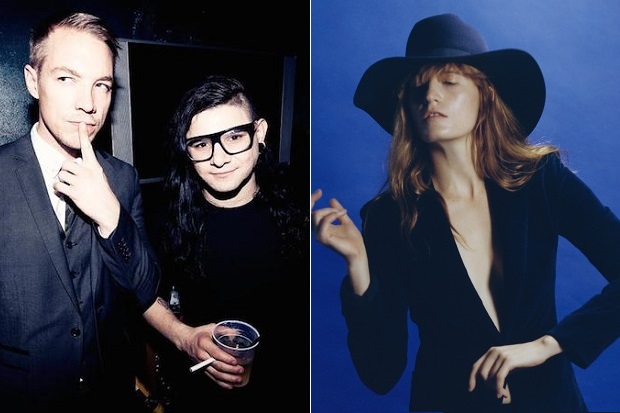 While Diplo and Skrillex’s supergroup Jack Ü was down in Argentina for Lollapalooza’s South American stop, the two took to Snapchat to reveal a short duo of track previews. According to the posts, the song in question is actually a supposed collaboration with none other than Florence & The Machine’s Florence Welch.

The track, now referred to as “Constellation,” features an abrasive percussion section in Jack Ü’s signature style. Behind the drums, Florence’s ethereal vocals can be heard anchoring the vibe to the rhythm. During each of the two videos, only the build can be heard.

“Constellation” can be heard in brief snippets via the below videos. For more details on the new collab as they come, be sure to check back here.

"Constellation around your heart" – listen to the Florence/Jack Ü snippet on 'Diplo' Diplo's snapchat! pic.twitter.com/LLu4BObKiJ

Listen to another snippet from Skrillex's snapchat! Of Constellation around your heart ☄ pic.twitter.com/3f1q2VOqdE

And with a new Jack Ü release imminent, we have to assume that this collaboration will be included. We seriously can’t wait to see how the most successful duo in EDM will follow up their star-studded debut album.