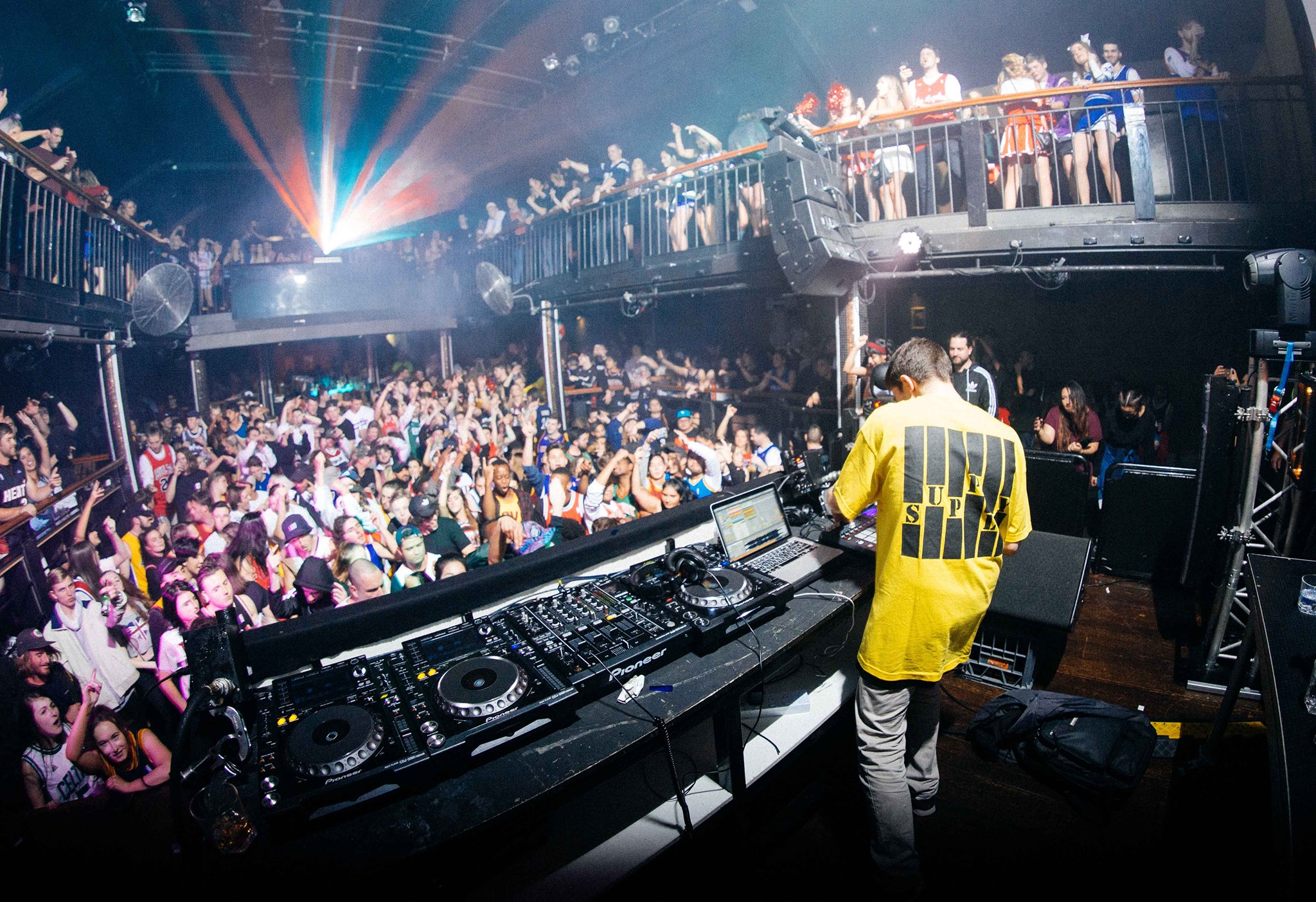 If you consider yourself a lover of all things heavy, wonky, and downright weird, Holly is a name you absolutely need to know. He’s a native of Portugal and his music will absolutely blow you away; staunchly experimental arrangements and out-of-this-world sound design are just the tip of the iceberg when it comes to this fast-rising beat hustler. Though he’s a relative newcomer on the scene, his tunes have already gained the support of established acts like X&G, Carmada, and even the big man himself, Bassnectar. On top of that, he’s seen releases on Fool’s Gold and Elysian Records, as well as a full EP via Buygore.

We recently got the chance to sit down with Holly and learn a little more about where he came from, where he is, and where he’s going. Check out our exclusive interview after the jump!

Tell me about your origin story; how did you find your way towards making music and joining the scene?

I started making music when I was 18 years old. Around that time, I was a kid with a lot of thoughts and uncertainties about my life and future, so I was looking for something that could provide answers to those questions; something I could use to express myself and become a better person by doing so. I used to find that in skating, but when i was 17 years old I broke my arm in four places and realized just how fragile and delicate we really are. I stopped skating so regularly, but I was sad that I had lost that connection with an activity; that inspired me to experiment with a lot of different forms of expression (photography, writing, painting, etc.) and I found that making music was how I could express myself in a way that truly completes me; music makes me feel it is worthwhile to live life and wake up every day.

Why did you choose ‘Holly’ as your alias?

When I started making music, I didn’t think about making a name for myself; I just wanted to create, and express what I was feeling. Around three months after I began making beats, I decided to make a Soundcloud account to expose my music. By that time, I was like, “Okay, damn, now things are getting serious. I need a name for my music”. So, ‘Holly’ is the combination of ‘Oli’ – which is my nickname in my hometown due to my last name being Oliveira – with the way that music makes me feel; it’s something that I love, something I deeply believe in.

What was the first piece of electronic music you can remember hearing? Did you love it or hate it?

The first piece of electronic music that I remember listening to was The Fat Of The Land album from The Prodigy. My brother had a copy of it and showed it to me when i was like four or five years old: I instantly fell in love. The way that every emotion I know is expressed through sound waves on that piece of art is something that attracted me to electronic music since day one.

You mentioned music was an outlet to express your emotions; is there anything in particular you want people to feel when they hear your tunes?

Nah, not really. I know this might sound cliche, but I really don’t care about how people feel or what they think when they listen to my creations. It’s all about my own world and my interpretation of reality. I honestly avoid as much feedback as I can when it comes to my music. Other people’s opinions are something that I really don’t fuck with; all I care about is finding myself, to be happy with what I’m doing and to grow personally through doing it. That’s all.

What is your creative process like? How do you break through when you’re feeling unmotivated?

I never feel unmotivated. The fact that I’m alive and have the ability to make music is one of the biggest blessings that I have, so just thinking about that gives me more motivation to create than anything else. I want to work as hard as I can to make the best music I’m able to create, so there is no time to be unmotivated or channel negative energy. And, to answer the other part of your question, here’s a story: There was once a man who wanted to be the the greatest writer he could possibly be. So, every day he wrote 1000 words; for years & years he did this. There were days where he found he didn’t know what to write, but he had to continue on as best he could. On these days, he studied other people’s texts and wrote them down alongside his own. Even without his noticing, he was already creating his own words and planning out stories unique to him. That is my creative process.

How do you perform your music? Do you feel like there’s any pressure to have a ‘live’ element to your performance?

I play my music live with my MPD and my computer, though I don’t feel any real pressure on my performance or in my music. Honestly, I think the most important thing in a live performance is the energy and the feelings you are putting into your art and craft. What’s the point of having a huge set-up, a whole band, lots of lights, and hype in your performance if the vibes and the message that you are passing along is all fake and full of nothing? Think about that.

Speaking of live performances, what’s the wildest thing you’ve seen or experienced while playing out?

Compared to some other artist’s stories, I think I haven’t seen anything too wild yet; but, I’ve had some funny experiences for sure. There was one time where a girl was requesting a song of me and I rejected it, so she decided to close my computer and the music completely stopped. Also, I’ve played some parties where the promoters reached out to me after my performance just to say that my set gave them losses on the party; apparently, “everybody left the venue” due to the music I played. That is a pretty standard one, though. I’ve had some lovely experiences as well: when I was in Australia, there were a group of fans that showed up at the venue with handmade t-shirts that said “Holly” to support me. Big ups to them if they are reading this! But, yeah, still a lot to live for and experience haha.

How would you describe your music to someone who had never heard it before?

Who would you say has influenced your sound over the years? On the flip side of that, is there anyone out there making waves currently you think we should know about?

These days, I try to cut myself off from other people’s music so I can fully focus on my own sound without being influenced by anyone other than myself. That being said, I’m totally conscious of the fact that my music, artistic vision, creative process, and conscience wouldn’t be the same if I hadn’t been introduced to the mind of DJ Ride, The Prodigy, Paulo Coelho, Larry Clark, Allen Halloween, Floorpunch, Challenge, João Tamura, Future, Drake, Arca, Flying Lotus, Aphex Twin, Arcade Fire, Nina Kraviz, Brodinski, Jon Hopkins, Earl Sweatshirt, Clams Casino, Zomby, Hudson Mowahke, ASAP Rocky, Diplo, Skrillex, Evian Christ, Burial, Quix, Woolymammoth, G Jones, Dabow, Masayoshi Limori, Basquiat, RL Grime, Kanye West, Mac Miller & many more. They all changed my conceptions and the way I do things since the first day I connected with their art. On the flip side of this, I don’t like to say “You should definitely listen to this or that”, but I can say that lately I have been listening a lot to Juelz, Sumthin Sumthin, Foodman, EASTGHOST, Jace Mek, Boys Noize, Jorja Smith, all the Bit Bird releases, and DUCKY to name a few!

Any major goals for the remainder of 2016?

Yes, I have my own goals that I want to reach and conquer before the end of the year. However, I want to keep them strictly to myself ; my life goals, music plans, and objectives for the future are really personal to me. Sometimes talking about your ideas and objectives is the best way to lose them. I don’t like to give energy away talking about what I want to do. For now, just follow me; you will see where I want to go.