These Were The Summer’s Most Talked About Festivals On Twitter

In this day and age, social media engagement is almost as important as tickets sold in terms of value of your festival. If your festival sold out but no one was talking about it, did it even happen?

Thankfully, this summer was incredibly strong on social media, Twitter specifically, for music festivals like Bonnaroo, Glastonbury, Lollapalooza, Tomorrowland and more. Twitter was kind enough to keep track of the social numbers behind many festivals this summer and put them into a handy bar graph – as seen below.

A few key points to take away: 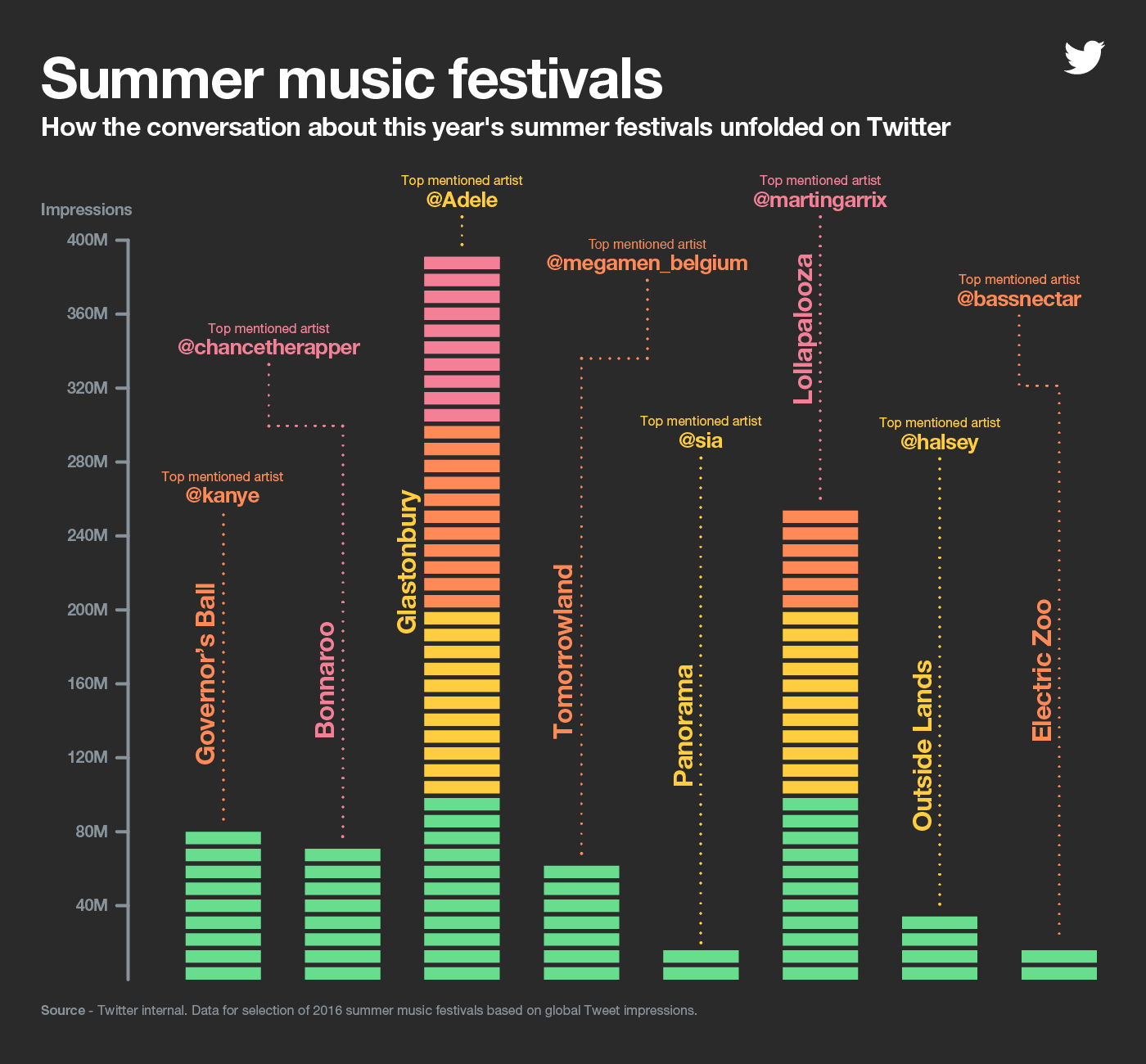