by Petey Mac
in EDM News

Jake Carpenter, Mikul Wing, and Louis Kha, better known collectively as Autograf, have been busy lately. This past Friday night kicked off the very first headlining tour in Nashville for Chicago’s hottest electronic group. It was a night packed full of disco and tropical vibes. Thanks to the perfect company of Goldroom, and Eau Claire, we can say without a doubt this tour is what every fan has been dreaming of!

We’ve also been on the edge of our seats the past few weeks from seeing all the teaser videos the guys have posted on their socials.  If you thought they were talented musicians before, just wait until you see detail within the production of the show. They have essentially customized and built everything themselves, from instrumentation to lighting, featuring everything from an electronic drum kit, midi-triggered marimba’s, live synths, and even a Keytar! (Yes, you read that right!)

We had a chance to sit with the guys before the show and pick their brain about this tour. Needless to say, they are just as cool and cheery as their music.

Talk about prep for this tour? When did it start?

Jake – It’s been in the works for a while. It started snowballing as we began slowly collecting gear. It’s a full fucking avalanche at this point, we have SO much gear. It’s awesome.

Louis – This is also the 1st time we’re touring with a tour bus so we’re able to bring extra gear. The last tour we did was an all flying tour, so we were limited in some ways. When we found out we got a trailer for this tour, we were like kids in a candy store. We filled it up with as much gear as possible!

Did you practically build the show from the ground up?

Jake – This show is all custom, really. The most DIY stuff came from the lighting rig. We rented this warehouse space in Chicago that was filled with Bentleys and tons of bikes, it was so awesome! That was our practice space for a week before coming here. I was welding lights, Louis was programming keyboard parts, and Mikel was programming the lights.

Louis – When we were designing the lights, we wanted something that had lots of different variables and options, so we wanted to treat it light a blank canvas, where the brush strokes were these bars of lights. The ball joints Jake created allows us to position the lights in any angle we want. Having that freedom allows us to continually build and evolve our own custom lighting rig. We haven’t been messing with it too long, but we have come up with a few configurations, so this see how it looks tonight and see how it looks by the end of the tour! (laughs) 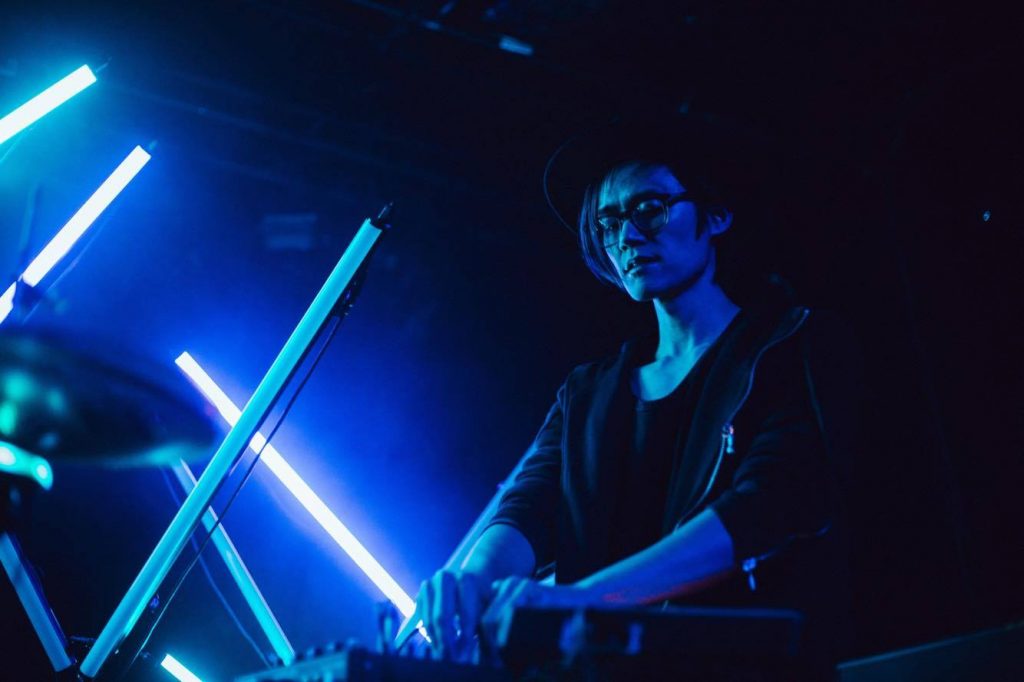 Was the light sequencing all finished before the tour started, or do you sort of customize it along the way?

Jake– It’s funny because sometimes we even write new parts for our lighting in the hotel before soundcheck, or write new parts at soundcheck, which is always a favorite. Louis will look at me and say “Yo we’re playing this song tonight” and sometimes I don’t even have a part, but I’m like ‘Alright cool.’ (laughs)

What are you most excited about for this tour?

Louis – I remember hearing him and his band play during soundcheck once, and that’s what sort of triggered this. What he’s got going on is so much different than ours, but yet it’s very similar, so I just thought it would work well. 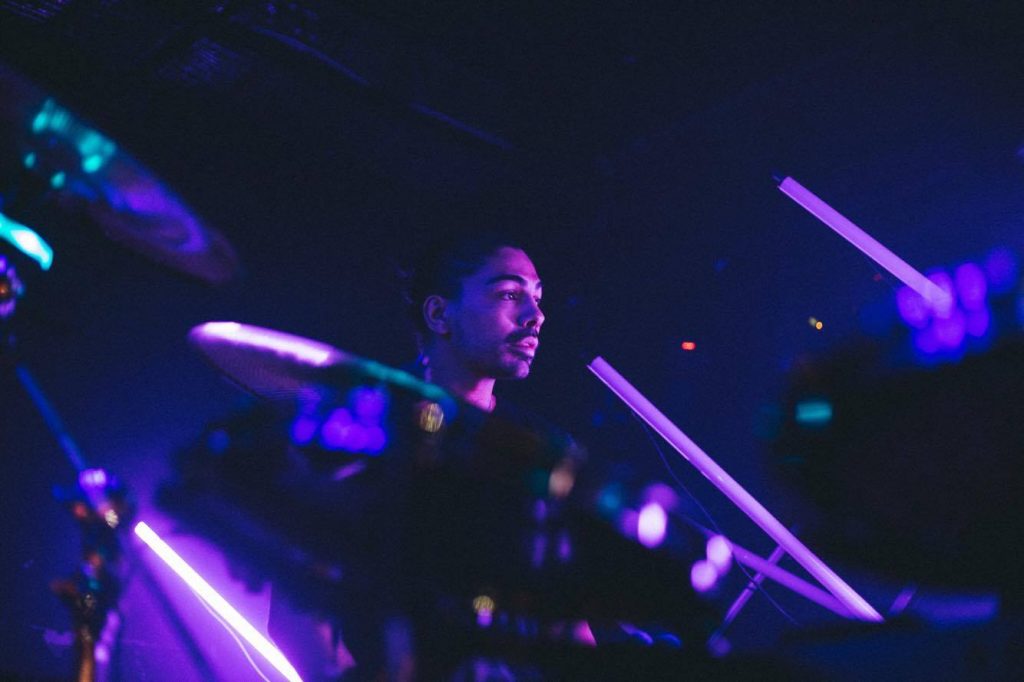 Amidst all the touring and preparations involved, how do you find time to keep producing and releasing music?

Jake – What a lot of people don’t realize is the staggered release of our songs. We could put out a song tomorrow that was 3 years old, and then follow it with a song that’s 3 weeks old. We push out songs when they’re done, but not necessarily in chronological order.

Mikul  – Exactly. There’s a song we’re playing tonight that we started a long time ago, probably took a break for about a year, didn’t touch the song, came back to it, and now its right about there, and it’s coming out next week!

Louis– Yeah! (laughing) I forgot to even tell you. It’s the Keytar track.

Jake – Well, there you go! This is the second song we ever wrote and we’re really excited about this one. 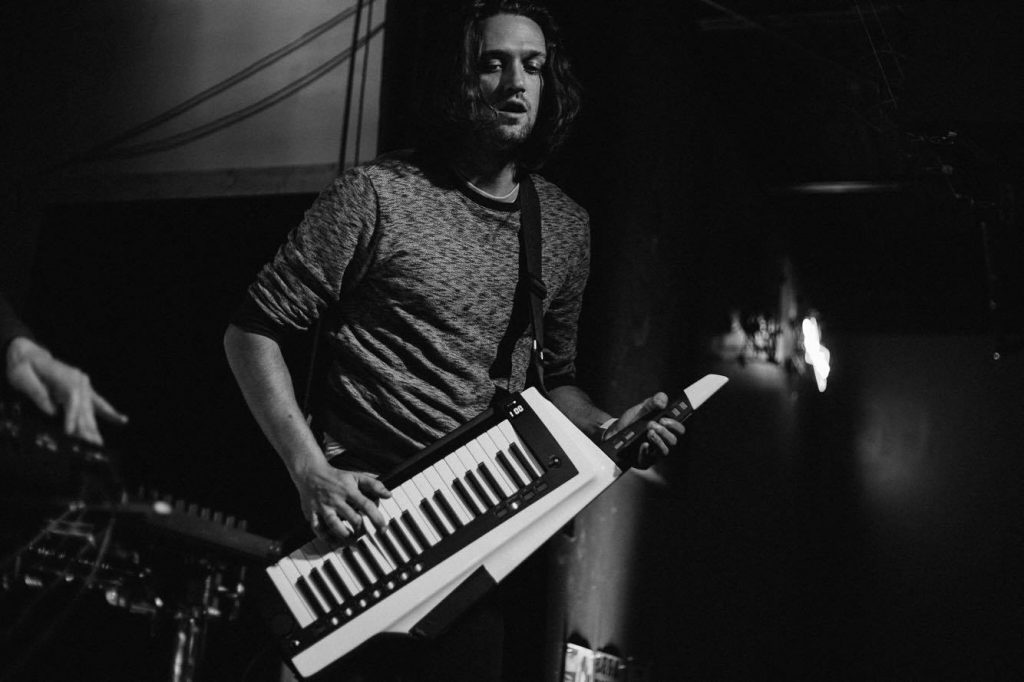 That wrapped up the interview as the guys got back to work, prepping more sounds and sequences before they were called on to play. If anything, that’s what really stuck out about interviewing Autograf. Each member is extremely dedicated not only to the project, but to producing a show that is unlike anything you’ve ever seen or experienced. There’s no genre or box you can place them in, because they keep finding ways to recreate themselves along with their art that is simply incredible.

Fan or not, this is a tour you have to see. Each artist on the lineup brings a special diversity to the tour that really makes this one quite special. Make sure to grab your ticket and watch the recap video below!