FreakNight Festival Is Gearing Up For Its 20th Anniversary

USC Events has been honing the art of partying since 1996, and they’re inviting fans to take part in a massive 20th anniversary celebration of FreakNight Festival.

The event will host more than 40 artists over the event’s two days, including Martin Garrix, Galantis, Armin Van Buuren, Tchami, Pegboard Nerds, Zedd, and plenty more of the world’s biggest electronic dance artists. RL Grime will be there to sling macabre wubs, Spor will be keeping the drum & bass on tap, and even BBC Radio’s Danny Howard will be on hand to keep the vibes alive. The lineup alone looks absolutely incredible, and coupled with USC Events’ penchant for festival production, this is going to be insane.

The event will also have Conscious Crew on hand, the leaders in harm reduction in the Pacific Northwest, to ensure the safety of attendees. FreakNight Festival is set to go down on October 28th and 29th at the Tacoma Dome in Tacoma, Washington, and single day passes start at only $107 with two day passes at just $199. For more details regarding tickets and information, click here. 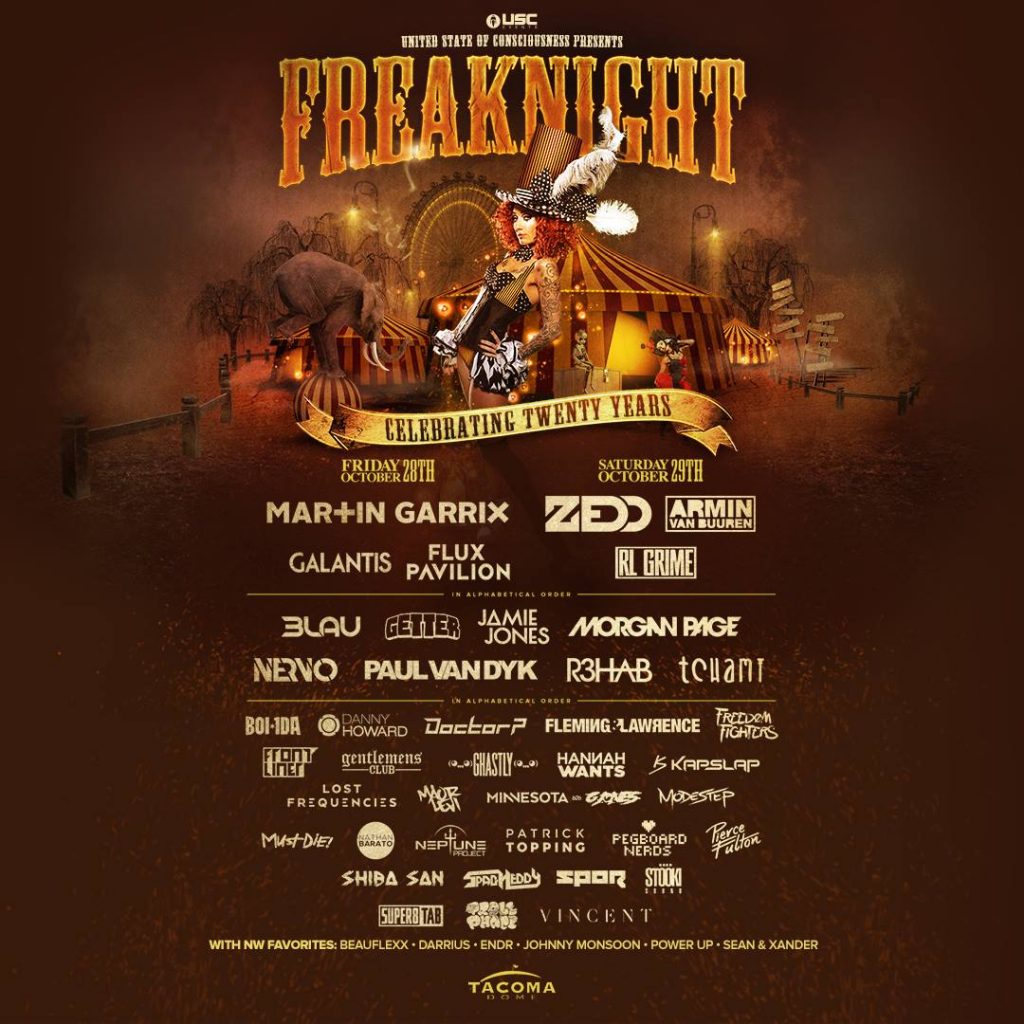