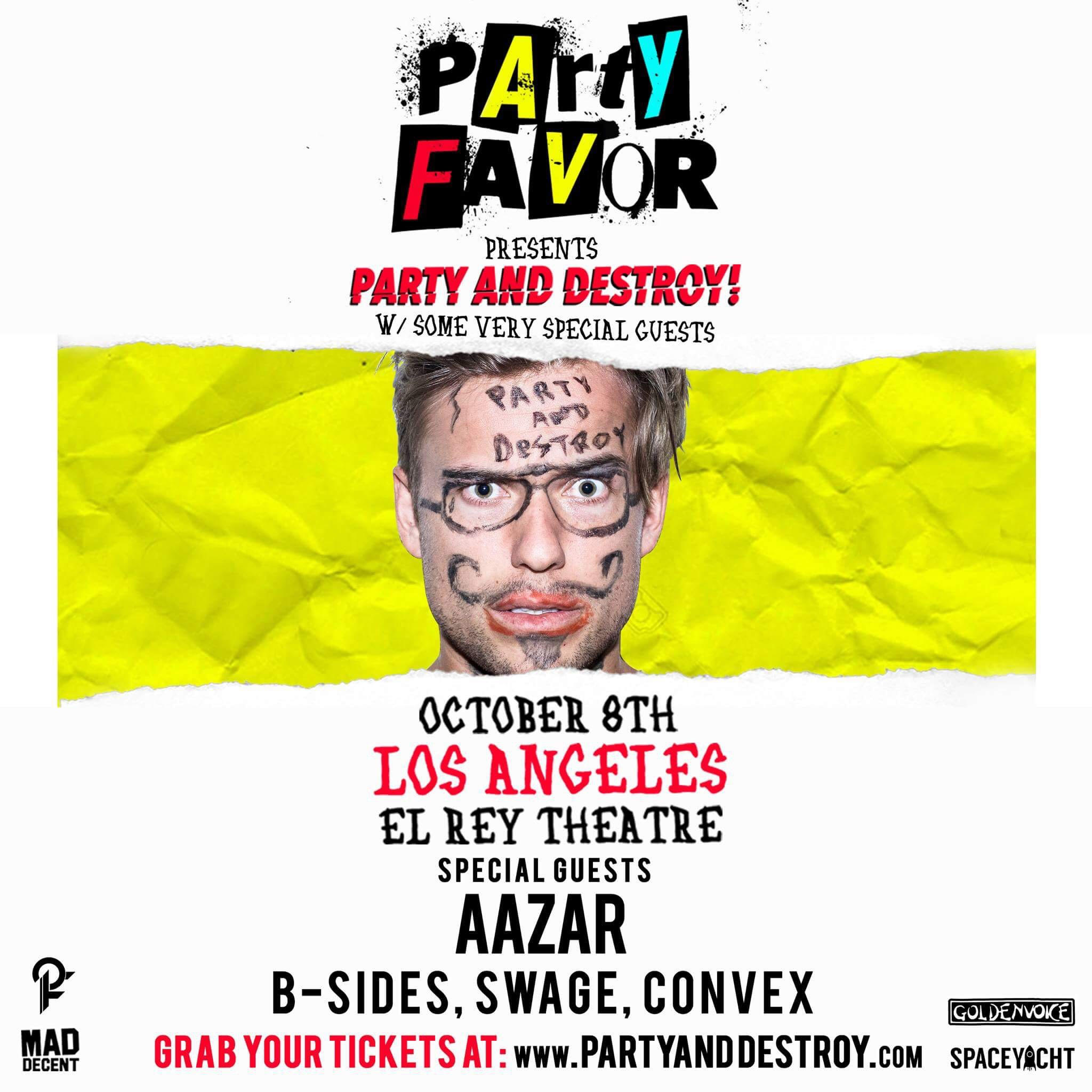 Party & Destroy With Party Favor At The El Rey Theater

LA, the mecca of entertainment. On any given night at any given club you can expect to see some heavy hitters, and this weekend is no exception.

Creating an atmosphere of a very competitive market this weekend we favor….well, Party Favor. The El Rey Theatre is special compared to other LA venues, in that the artist must bring their own production to this show. About a couple months back we covered Party Favor’s EP release party in which we smashed inanimate objects with a bat while raging it out to the new Party and Destroy EP. I mean honestly, what can get any better than that? Well, if history and branding has a way of repeating itself then we can expect his upcoming El Rey show to be just as ridiculous.

With a great support cast from up and comer Aazar to LA hometown heroes B-Sides, Swage and Convex, we expect this show to be one of the most entertaining of the night. Plus, Party Favor has announced on his socials to bring a long some very special friends to this show, so who knows who will show up. So make sure to grab your ticket while they are still available!