Michael Brun is one of the most inspiring artists alive. At the ripe age of 24, the Haitian DJ/Producer has already created a successful music label, along with a festival, and has even earned a nomination for the World’s Best EDM Artist. He’s a man who keeps finding ways to redefine himself and his art simply by his passion and love for music.

I got the chance to chat with Michael and to be honest, I felt somewhat intimidated at first. I was talking to a guy who’s done so much and achieved so much success and also had a big impact on my life and my career. That noisy voice of comparison started ringing in my head but I decided to tune it out and simply talk with the guy, and really get to know his heart. It went only twenty minutes but I swear this could have lasted for days and I wouldn’t have complained.

The minute he picked up the phone I knew we were in for a great conversation. He has a warm, friendly tone and made it extremely easy to have a conversation. We started out by talking about him and his story. 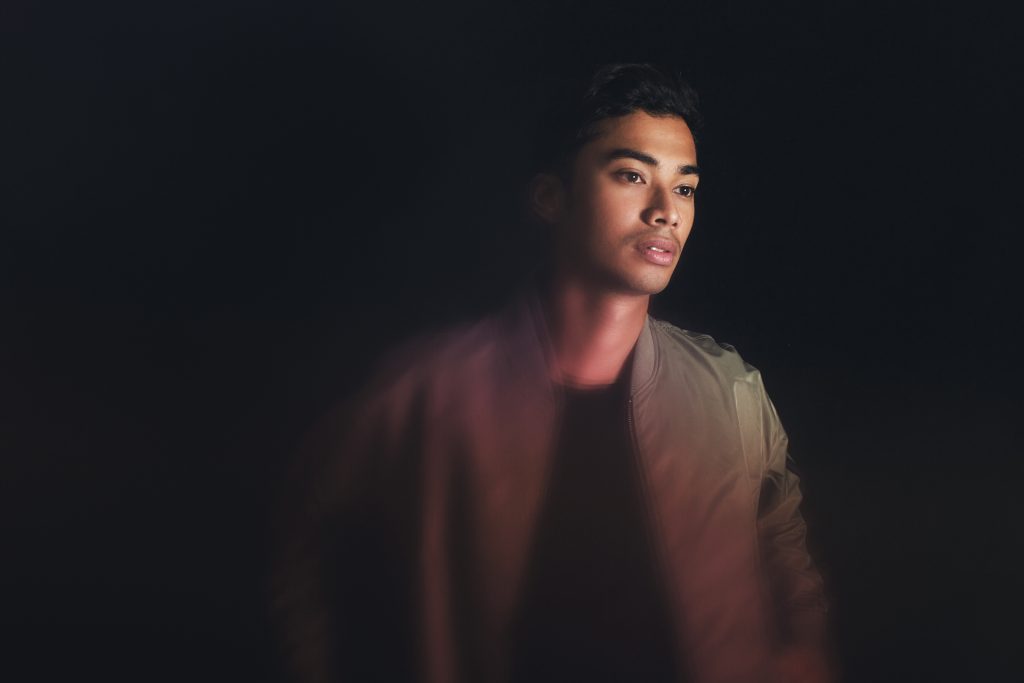 Growing up in Haiti, he kept stating how blessed and grateful he was for his family: “They never let me take anything for granted. Each day they would tell me how blessed I was to be alive, to be earning an education, to have a family.”

It was that mentality and support that drove him to pursue the dreams on his heart. After he graduated high school, he went directly into military school, and then got an opportunity to come to the States to study medicine. He was funded by scholarships that were donated by anonymous individuals, but it was their generosity that never left him. It shifted something inside of him to someday use his resources and give back to others.

While in the States, he began creating and producing electronic music, which eventually earned the likes of Prog House legend, Dirty South, who seemingly took Michael under his wing. The hard work never ended. In fact, it only drove Michael to work even harder at his craft. Soon, his music was being played all over the world at major festivals, earning #1 spots on Beatport’s charts, and even earning him a nomination  for World’s Best EDM Artist at the World Music Awards in 2014.

Amidst all the success, Michael is incredibly humble, which got us talking about the festival he created, titled ‘Wherever I Go’ that successfully launched this past July in Haiti. It’s entirely unique to the majority of festivals we hear about these days, because this was created specifically for Haiti, as a means to educate and inspire local students in the arts. He mentioned, “So often people are told that Haiti is an aid-country. That we always need the help of others. That we are broken, but that’s not the full truth. I wanted to do this to show that there is a immense amount of art, creativity, and talent in the minds of our people.”

He couldn’t be more accurate. In the months leading up to the festival, Michael worked with students from the Audio Institute in Haiti to create the song “Wherever I Go.” Make sure to watch the video that accompanies as well; it is extremely powerful.

Michael mentioned that “one of the most important things about this project and festival was allowing the kids to see with their own eyes what collaboration and hard work can do.” He actually brought all of the kids on stage when he played the tune in front of thousands of people! The elation on each kid’s face gave the promise that this was a moment they would never forget.

While Michael finds a great joy inspiring the youth of his country, he also is able to do so on a grander scale through managing and operating his very own label, titled Kid Coconut. It features a variety of artists based all over the world. Michael mentioned, “I listen through each demo we sent. It’s amazing. I love hearing what’s inspiring other artists.” He is very adamant about helping with the mix downs as well. He alluded back to when “I first started releasing music, I would send my mixes to Dirty South, and he would send them back with his mix down, and it would blow me away! I sucked at first [laughs].”

He’s without a doubt curating top of the line talent with Kid Coconut, and the best is yet to come.

Oh yeah, on top of this, Michael was responsible for one of the lead singles in Netflix’s XOXO original film – his song was the main song in the movie, titled “All I Ever Wanted.” What’s so neat about this is not only is this another huge success for the young artist, but it was a song “written specifically for the film.” Rather than use an older song, Michael made it clear he wanted to produce something “fresh, specifically inspired by the moments in the movie.” It’s this intention and dedication that will simply give you the chills when you hear the song. It’s entirely euphoric.

Concluding the interview, we got to discuss his brand new single, “Jupiter”, which has been continually hyped as his “biggest track to date”. I had to know why. He seemed excited to explain as he said, “I’ve been working on Jupiter for over a year, adjusting little details. This song signifies a whole new step in terms of what I’m going to be doing with my music, all building towards this sort of spiritual EP/album. All music after this is going to be tying together all the things I’ve been doing in Haiti and electronic music in general.” Jupiter is the genesis of it all. You can hear it in all of its glory for yourself below.

Michael Brun is man with an incredible story who is continually inspiring and influencing everyone who he comes in contact with. Even myself. I’m so excited for this young star and cannot wait to see all that’s in store for his future!