Earlier today, a video of Hardwell ranting about the state of the DJ Mag Top 100, taken by a fan in the crowd during the Revealed Showcase at Amsterdam Dance Event, went viral on YouTube and Facebook. The original video and all copies of it garnered hundreds of thousands of views, not to mention the many blogs and news sites that began to cover the story as well.

Since the story first went live this morning, the videos have been issued copyright strikes one by one as quickly as they appear. The videos on YouTube showed the claimant to be [Merlin] Cloud 9 Music BV. A quick Google search revealed Cloud 9 to be the publisher for many artists such as Armin van Buuren, Fedde Le Grand, Dannic, and… you guessed it, Hardwell.

The issue here is that Cloud 9 is currently using the copyright infringement system as a method of censorship rather than for legitimate copyright claims. There is no music and nothing to actually claim copyright on in any of the videos uploaded (see bottom). 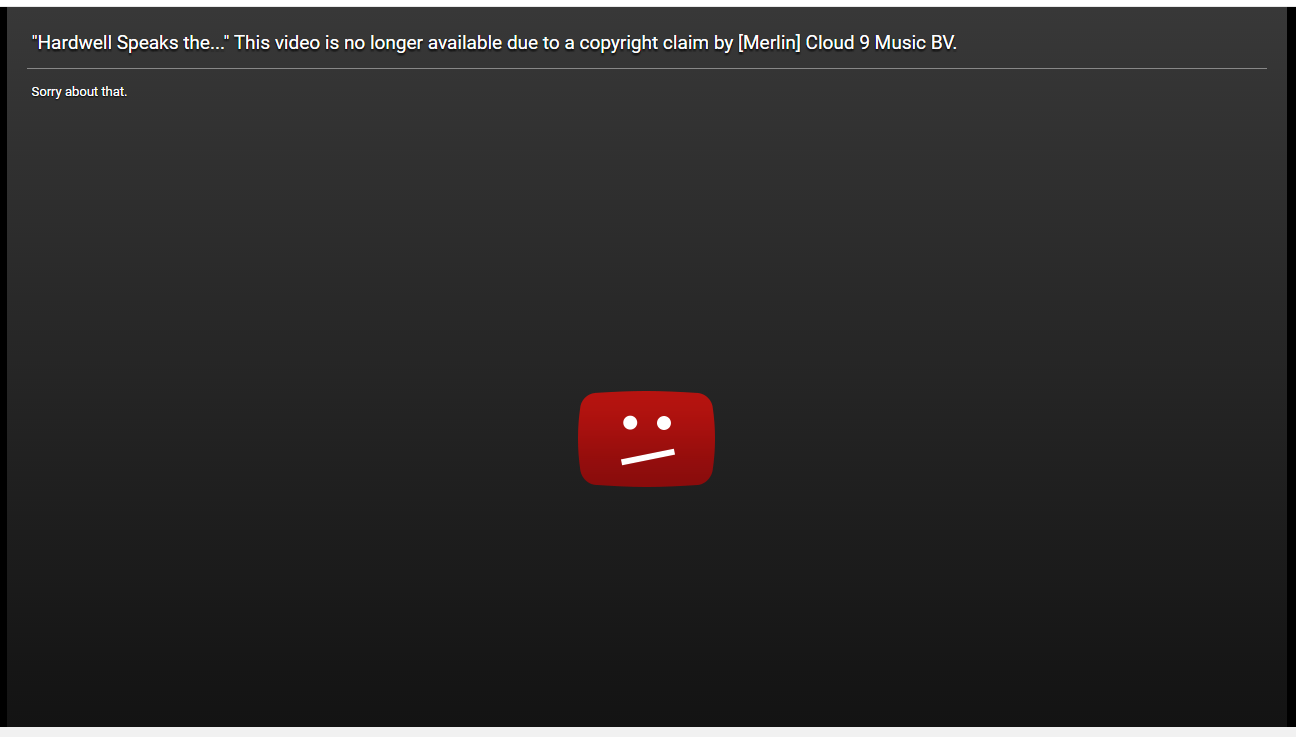 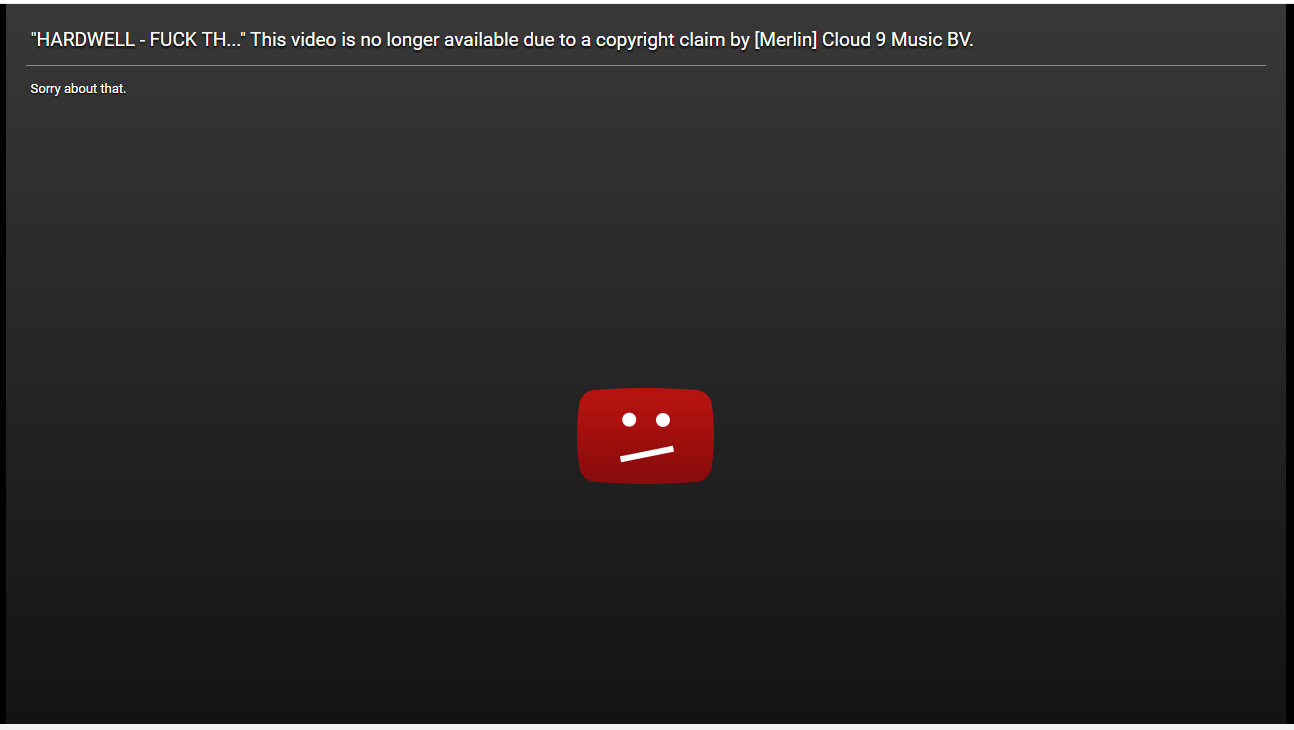 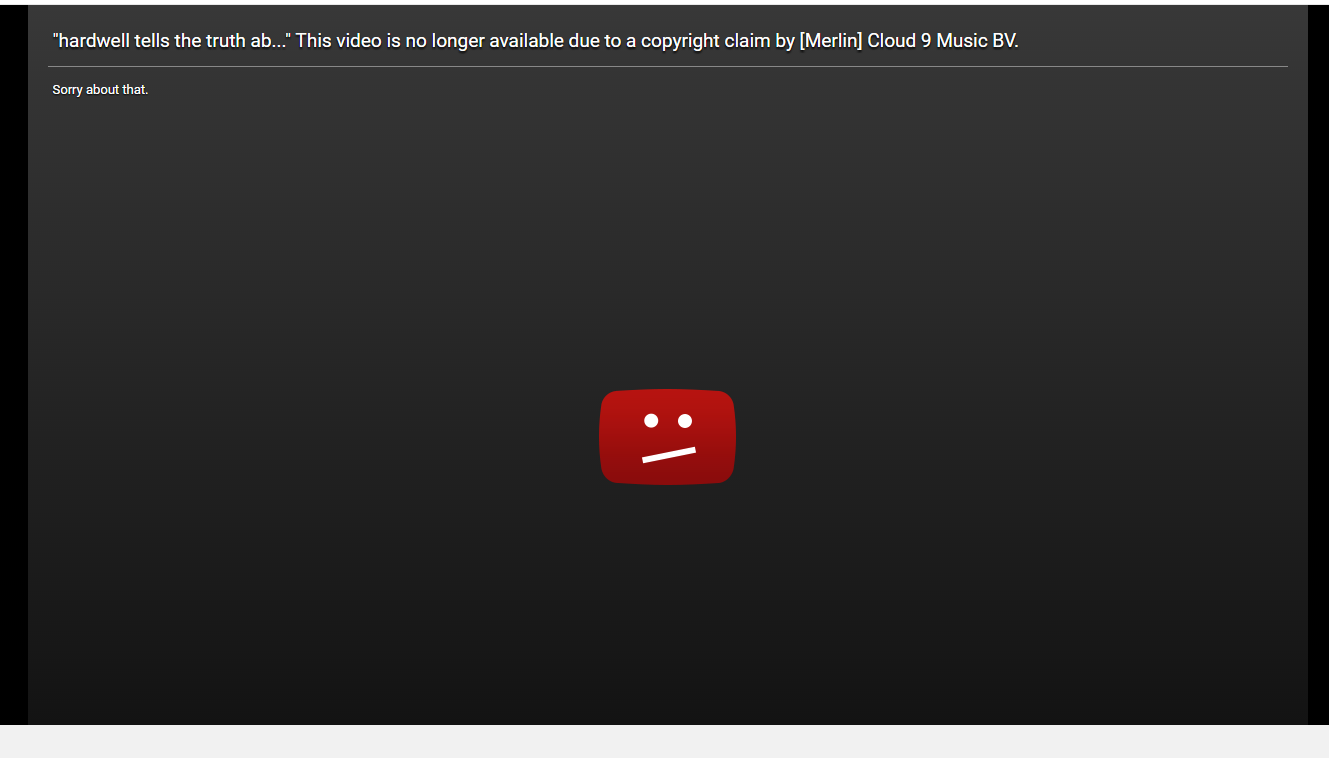 It seems Hardwell’s team could be taking this rash action from a PR perspective: here is an artist lashing out against a list where he was previously the winner, is currently #3, and has already self-congratulated his standings in the 2016 poll. Throw in a Kanye “Imma let you finish but” moment on top of everything and it makes sense that his team would want to cover this up. In this case, Hardwell’s team has committed an act called ‘copyfraud‘, or filing a false copyright claim, a term coined by Jason Mazzone, a Professor of Law at the University of Illinois. Mazzone states that “copyfraud stifles valid reproduction of free material, discourages innovation and undermines free speech rights.”

Looking into the YouTube data shows further evidence that this was not any kind of auto-claim set up from any existing account, either. As you can see in the screenshot below, the query “hardwell dj mag” was created by Cloud 9 Music BV today at 11:30am PT (8:30pm in the Netherlands, where Cloud 9 is based), right around the time the story started picking up steam, and directly targets videos showing the rant.

There’s no doubt that it’s a blatant misuse of the current copyright claim system currently in place on platforms like Facebook and YouTube, and actions like this present a slippery slope toward more egregious forms of censorship. There are ways to fight copyright claims on YouTube, but it’s a long and tedious process that is otherwise not worth it for a video that isn’t even monetized.

Strictly speaking, this is bullying and censorship and it shouldn’t be allowed to happen. When the story went live, Hardwell and his team should have put forth a statement on the matter and allowed the rest to take its course. Instead, they conducted an unethical campaign toward censorship that should not be tolerated.

We’ve reached out to Cloud 9 and have not heard back at time of publication.

Watch the video below while you still can. You can read up on YouTube’s copyright and rights management guidelines here.