Three days ago, we published an article based off a post that 3LAU made concerning the DJ Mag Top 100 rankings and their effect in the Asian market. We reached out to 3LAU about creating a more in-depth article about the situation, which you can read below.

**The entirety of this article was written by 3LAU, and may not reflect the views held by Your EDM.**

Why does DJ Mag matter?

It probably doesn’t to you and it certainly doesn’t to me, but it might for a select few DJs & managers who are looking to grow their careers . . . financially at least. Before I get into how the DJ MAG ranking benefits a DJ’s performance fee, let me preface this by saying that there are many DJs in the Top 100 that wind up there legitimately; they might be deserving of their placement in the 100 as a whole, regardless of their relative numerical position. At the same time, some DJs mysteriously disappear from the list after questioning its merit (Kaskade), while others with less than 100,000 followers on their social media platforms manage to rank in the top 50.

The legitimacy of the list is quite obviously nonexistent, yet there’s still a reason why some members of the industry care about the ranking. It all comes down to dance music’s new frontier, Asia.

Another preface: this has a lot less to do with Asian fans, and more to do with the state of the dance music industry and culture in Asia. When a DJ gets booked in most Asian countries to play a club or a festival, their fee is heavily dependent on their DJ Mag ranking. In other markets, like the US or Canada for instance, a performance fee has more to do with social media numbers, Spotify play counts, chart positions and, most importantly, previous ticket sales history.

In Asia, very few DJs have a tangible ticket sales history. In some countries, Spotify doesn’t exist and Soundcloud and other social mediums might be censored. Additionally, there’s an inevitable language barrier between some fans and industry professionals, and thus the list (over the past few years of EDM growth in Asia) has become an easy way for club owners and talent buyers to assess the VALUE of a DJ; it’s an industry standard for evaluating popularity. A powerful agent (who I won’t name) remarked the following:

“DJ Mag rankings are how a majority of the Asian promoters bill their festivals and judge fees – it’s crazy but true.” 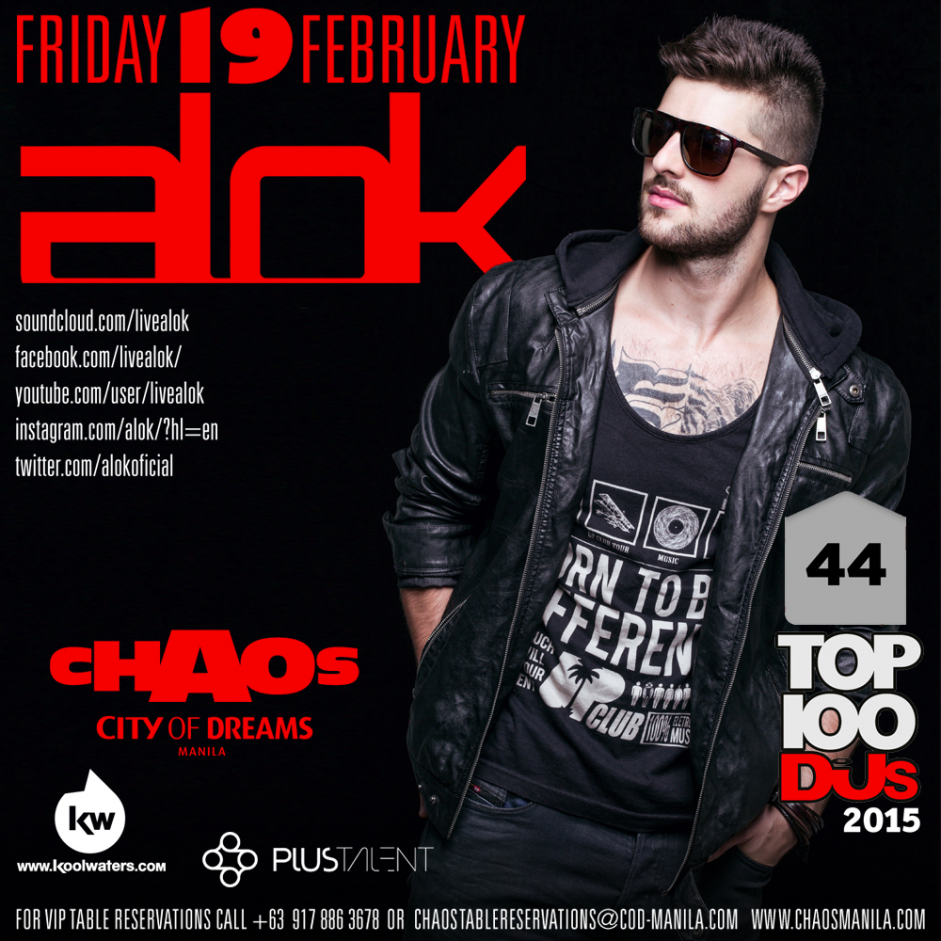 Whether or not the fans in Asia believe the list to be true is not my place to say. Yet, without a doubt, DJ Mag rankings are used pretty heavily in the marketing strategies of various club and festival events. Fliers and social media posts for shows will often showcase an artist’s DJ Mag ranking quite boldly, which inevitably creates a self-fulfilling prophecy for popularity. Some might disagree, but in my personal experience touring in Asia, fans discuss the ranking pretty regularly. My artist reps in multiple countries (Indonesia, Thailand, China, Philippines) have agreed with me when I’ve asked if the ranking was important to most fans. New dance music fans in Asia might check the ranking to find new music from ranked DJs, or to decide who they want to see live. In many ways, it’s a discovery tool for young ravers.

Now, this would all be totally cool if the ranking was legitimate and not manipulated, right? If we think about its apparent inaccuracy, something feels off.

It’s time for the industry to be more transparent.

Considering all of the above, some DJs and managers view DJ Mag as an investment in their future income for Asian markets. They aren’t wrong, and DJ Mag knows it. As the voting process gets closer every year, most DJs will receive emails from DJ Mag that suggest various levels of financial marketing commitment for the forthcoming year. I’ve experienced this personally, but I could care less and usually don’t respond. Others, who were even ranked in the list, feel the same way. One of them is Carnage, who agrees that, “there’s a really small percentage of DJs who actually give a fuck.”

That being said, I’ve heard stories and seen emails to friends (who I won’t name) from DJ Mag asking for $30,000 worth of placements on their website, which they said would make it more likely to achieve a Top 100 position. The talented duo Vicetone, who also ranked in the Top 100 this year, seemed to agree with these statements, having experienced a similar situation themselves.

Smells fishy. If it was a true popular vote and you were a DJ, why would you spend marketing dollars with DJ Mag internally instead of getting real fans and followers from your social platforms to vote by spending the same money on Instagram/Facebook/Twitter ads, engaging your real fanbase? Who actually looks at a banner ad on a website and says, “Wow, I want to vote for that guy to be my favorite DJ now!” Like, come on. Really?

So, who’s voting? Are there internet bots that anonymously submit votes based on who has the best placed banner on the DJ Mag site? I have zero idea. But I do know that most of my friends don’t vote, and a lot of your friends who regularly attend festivals and shows probably don’t either. If DJ Mag wanted to somehow legitimize their process, they should release general information on where voters are from and what age group/gender they associate with. But they don’t. Just like in any ranking, you need to understand and know the audience of voters who are participating in order to accurately interpret the results.

Maybe the reason DJ Mag doesn’t release this data is because it’s valuable. As you may know, DJ Mag collects lots of data on all the voters who submit their favorites to the list, as voters are required to input lots of personal information before the site allows them to cast their ballot. With hundreds of thousands of fans registering, that data (email addresses, geographic locations, genders, ages, favorite DJs) becomes extremely valuable. Again, I’m personally not sure if they’re selling it to anyone, but I wouldn’t be surprised.

I’ll let you speculate what actually happens in the background, because I truly don’t know. What I do know is that agents, artists, and managers regularly speak about whether to stay proud and ignore requests from DJ Mag to invest in their marketing, or to bite the bullet and pay obscene amounts of money in hopes of higher future fees in Asia. We don’t tell YOU about it because we don’t want to make our friends look bad. The truth is, I don’t know who spends the money and who doesn’t because no one really goes around bragging about it. 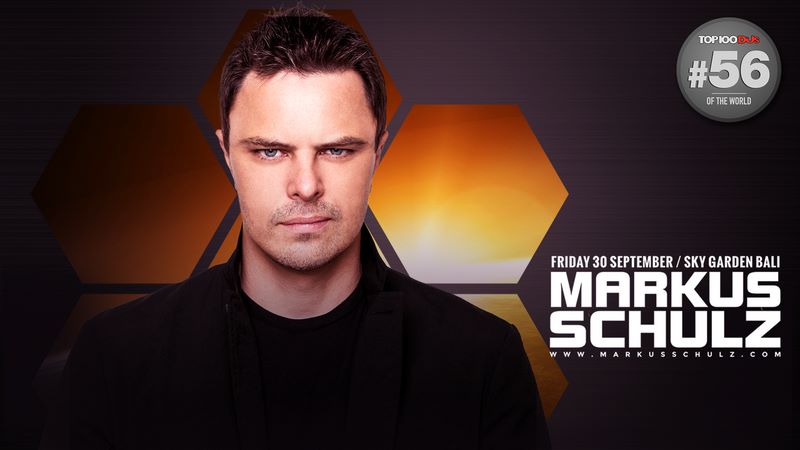 From a quick glance at the list, however, there are some obvious outliers, and your opinion of who spends and who doesn’t is probably correct.

I hope you conclude, as I do, that DJ Mag is really just a money game where a few DJs can join the publication in making a profit, whether they invested in DJ Mag marketing or not. A few other artists have come out explaining similar facts in the past, and I’m certainly not the first. So, shout out to Mat Zo for paving the way for this article. At the end of the day, music isn’t a popularity contest and everyone’s tastes are different. But, by request, I want to give you all some metrics that I think would more accurately depict who the Top 100 global DJs really are, assuming some algorithm could be sourced to analyze their relative importance.

Let me end this by saying I don’t even think I should have ranked in the Top 100 global DJs this year (though I do appreciate the America’s Best DJ ranking I received this year, I don’t even remember the number nor do I care much for that either). Global popularity is an incredibly hard thing to assess, and based on the metrics above, I probably wouldn’t have made the cut this year. That being said, this article isn’t really about me. It’s about the corruption in the dance music industry.

As a completely independent artist, I’ve discovered time and time again that industry incumbents pretend to create value where there is none, stealing from the artists who are keeping dance music alive and artists who are pushing it forward. I wrote this because the power of music is in YOUR hands, and in the hands of the artists you love . . . not in the hands of antiquated brands and businesses. Don’t trust anything or anyone else.

So, if your favorite DJ wasn’t ranked this year, I’d be willing to bet they weren’t very insulted. For those of you reading this who already didn’t care about DJ Mag – probably a vast majority of you – remember that some people do, and it’s those people that need to know the truth.