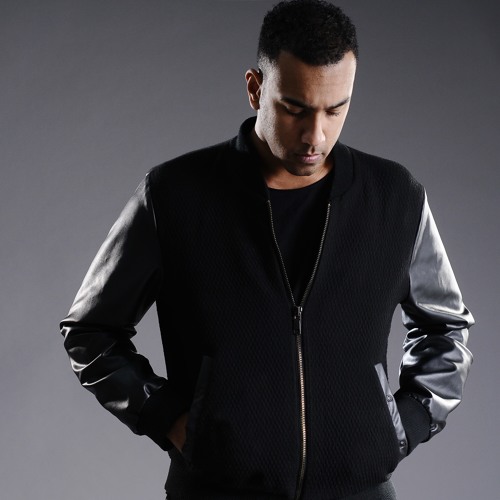 Leading the charge at the forefront of one of the most upfront drum and bass  labels in existence is Technique Recordings, where you’ll find the legend himself Tantrum Desire. Spearheading such an energetic sound, his productions are nearly immediately recognizable when teased in any set list. From the countless anthems trophied across the board such as “Think About You,” “Oblivion” feat. Solah, “Airhead,” and “Underground” feat. Laura Bayston, my angle of his talent isn’t a hard one to prove. Now, he is back again with an epic twist of his own masterpiece “Adventure Through Space.” This VIP is quite a special one, as it further demonstrates Tantrum Desire’s ability to delve even deeper into his own productions.

Ooof! Now, could you understand why we at Your EDM, requested such an interview?

Wow. What an honor to be having a few words with you! How has your summer treated you ?

Hey man, yeah the summer was pretty good this year, tried to enjoy as much sun as possible.

The album was a massive success. How has the Summer festival circuit treated you? Any highlights and/or memorable events?

The shows over this years summer have been wicked, lots of fun for sure. The album has been out just over a year now and I’m still touring with it. There’s been many memorable events, mentioning a few, I played at the 10th anniversary of Inhibit in Perth, which took place at Metro City. The lineup was large, the event was sold out and it was good to catch up with some old friends and fellow artists. Another highlight was the mini Technique Takeover tour in North America, with myself and Drumsound & Bassline Smith. We stopped off at the Avalon in Hollywood, one of my favourite clubs in LA. It was great to see so many D&B heads pass through. Then it was over to Vancouver to play at Red Room, again, another full house with so much energy, it was a blast. I had such a good time on set especially with the PK sound system. Monster!

What’s on the horizon next for Tantrum Desire? Any releases you can tease?

Soon to be released is the “Diversified” album remixes. It will include mixes from myself and various artists, I can’t wait to get it out to everyone! Alongside that, I’ve been quite busy dividing time on the road doing shows and in the studio writing new material as always.

Are there any events you are looking forward to playing?

I’m looking forward to playing at “Day of the Dead” on the Halloween weekend in Manchester, its going to be crazy, the lineup is solid and its an all out fancy dress party, so I’ll be rocking some sort of Halloween costume haha. There’s also the Viper Recordings night next month at Fire in London, where I’ll be doing a back 2 back set with me old pals Matrix & Futurebound, its going to be a big night!

We see you have this massive VIP to “Adventure Through Space”. What inspired you to do that?

Well I was thinking about doing at least one VIP from the “Diversified” Album and the original mix has that rollout dance floor vibe which I thought would be fun to switch up. It’s one of those ones that just came together nicely really. It’s been my intro track over the past year and I’m happy to say its been going off!

Tell us a bit about the creative process that goes into your productions. Are there any studio-superstitions that you take on before diving into the lab? Any essentials? (coffee, snacks, mindsets, etc)

I usually hit the lab early in the morning, but before I do so, a decent healthy breakfast must be done to get the energy flowing. One studio essential for the working process is a good old cup of English or Green Tea, keeps me going throughout the day.

How has life on Technique been? It seems like quite a solid team.

Everything’s been great on Technique. Over the years I’ve built a good relationship with the team, they’re very open minded when it comes to ideas and outputting music, no stress involved. The label just gets stronger and stronger every year with so many quality releases from the artist roster. Its great to be apart of it all.

Lastly, any last words for your fans at Your EDM?

Big shouts to everyone who has supported my music this year and over the past however many years, its been great and I’m looking forward to releasing a whole new load of projects and playing at a party near you!

There you have it folks! Don’t forget to purchase the VIP itself here.