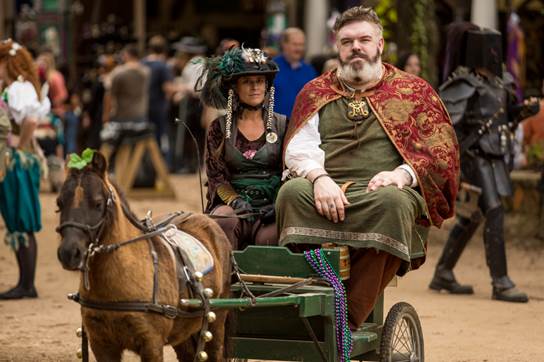 The official on sale for Insomniac’s brand new camping festival, Middlelands, is finally here, and with it comes an announcement video featuring none other than Game of Thrones‘ Hodor, a.k.a. Kristian Nairn. Titled “Middlelands Cometh,” the video was posted to the festival’s official Facebook page on Friday.

According to the clip, the May event will provide the complete medieval experience for fans, including costumed characters, themed activations and veritable acres of decked-out villages, stages and art.

In conjunction with the official festival on sale, organizers have revealed a brand new initiative: Sound Camps. By filling out an application, attendees will have the opportunity to bring their own large-format sound systems into the campgrounds to keep the party going well into the night.

Check out Hodor’s appearance in the video below.