Ultra Music Festival is following up on their Phase 1 + headliners announcement with some exciting news for deep house and techno fans that Resistance will be back in full with a lineup and production that could seriously stand as a festival of its own.

As always, Carl Cox will lead the way with Carl Cox megastructure while the Arcadia Spider stage will also feature plenty of artists in its return from its debut at Ultra 2016. Sacha & Digweed will make a joint appearance, presumably as a part of their joint world tour, as will Maceo Plex, Black Coffee, Dubfire, Hot Since 82, and Seth Troxler.

Stream the video trailer and poster below for the Phase 1 lineup and purchase tickets here. Stay tuned for more though, as this is only the first phase! 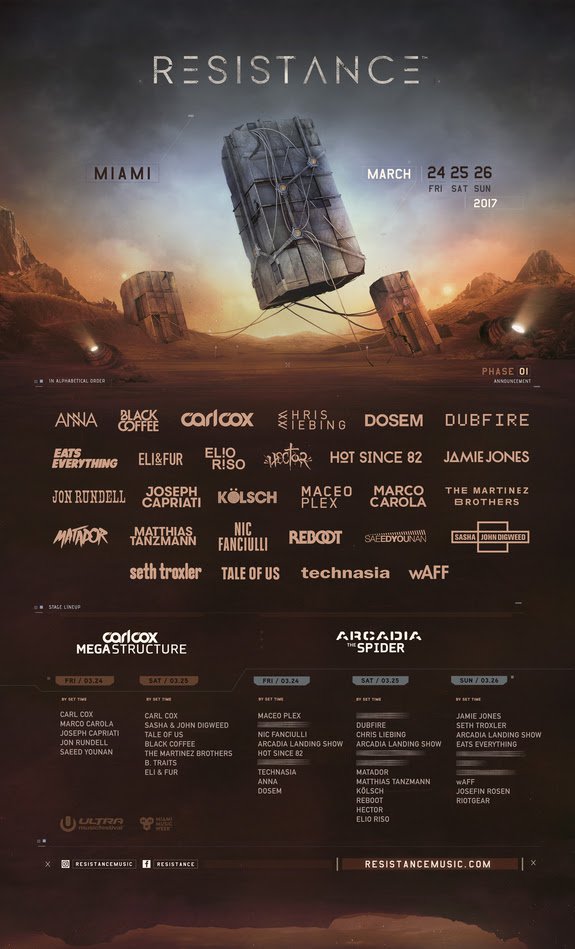