In the wake of the steadily rising death count following a fire inside an Oakland warehouse party, the man who was running the space has taken to Facebook in an unsuspected fashion.

Derick Ion, an alleged participant in the building’s operation, ignored the dangers of the establishment and the lives that were lost because of it in his post. Rather, he focused on the incident’s effect on his own sense of “self worth.”

“Confirmed. Everything I worked so hard for is gone. Blessed that my children and Micah were at a hotel safe and sound. It’s as if I have awoken from a dream filled with opulence and hope…. to be standing now in poverty of self worth.”

Many commenters on the Facebook post have expressed their disdain for the self-centered response to the tragedy, several claiming that Ion himself is to blame.

Meanwhile, an update into the search efforts of the wrecked building has revealed a total of 33 bodies, up from earlier this morning when officials said they had found 24. Reports say that some of the victims appear to have been 17 years old or younger and that preliminary investigation indicates the fire might be of electrical origin, which would further extend blame to the property’s proprietor.

This story is developing. 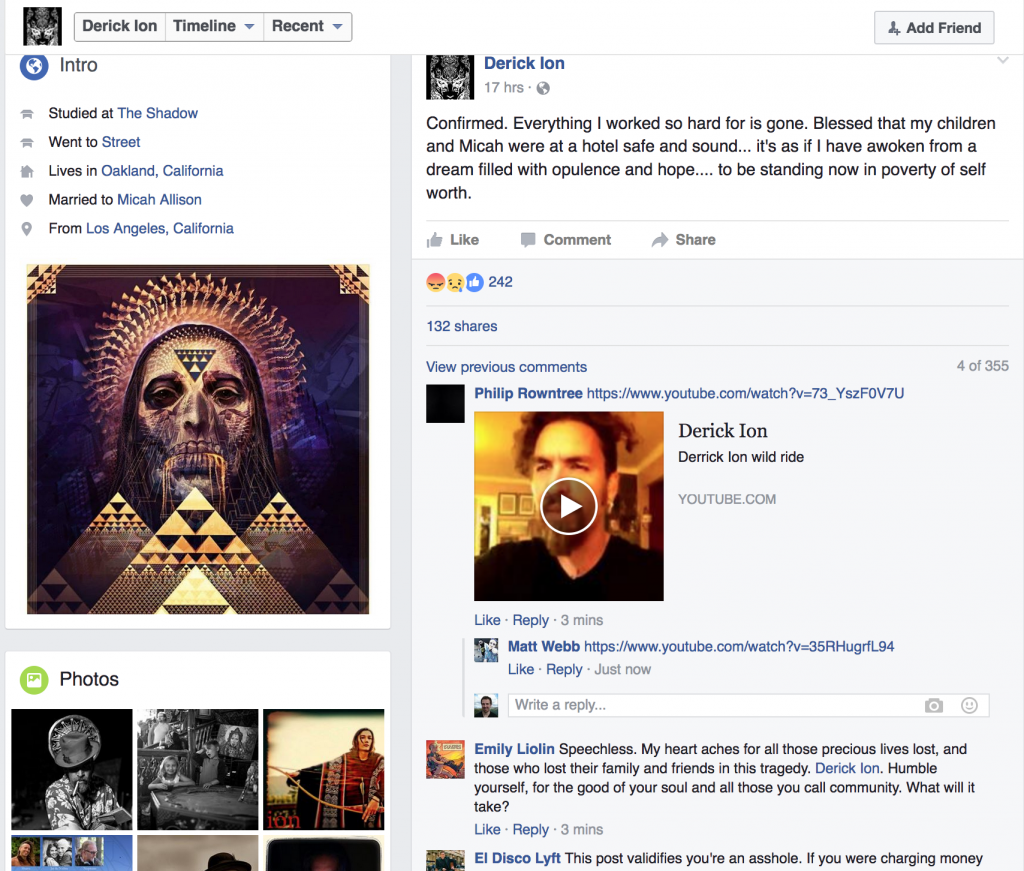