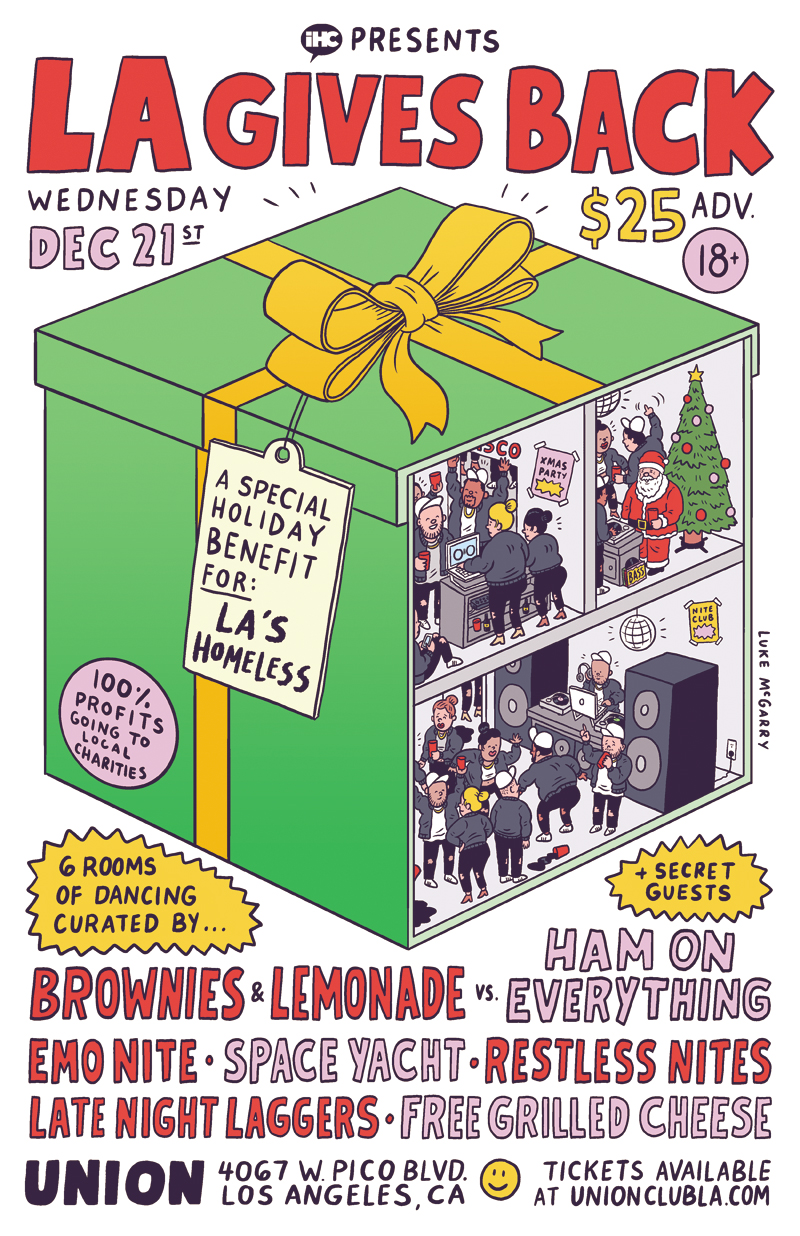 Tis Christmas time, a season of giving and a season of cheer. Fans of many of Los Angeles’ vaunted weeknight club residencies will be able to do both tonight at Union for IHEARTCOMIX presents L.A. Gives Back. It’s a special charity event with 100% of profits going to benefit charities that support the homeless in L.A., it promises to be a special night with tons of special guests.

The massive charity event will take place at Union and will take over all six of the nightclub’s rooms. Some of L.A.’s best club nights will be featured at the charity event including a special Brownies & Lemonade vs. Ham on Everything takeover. Other venerable L.A.institutions Space Yacht, Emo Nite, Late Night Laggers, Restless Nights and Free Grilled Cheese will also be taking over rooms at the spacious L.A. hot spot.

The event is 18+ and there are sure to be some very special guests to make an appearance. Get your tickets here and give back this holiday season and celebrate with some of L.A.’s best club nights.