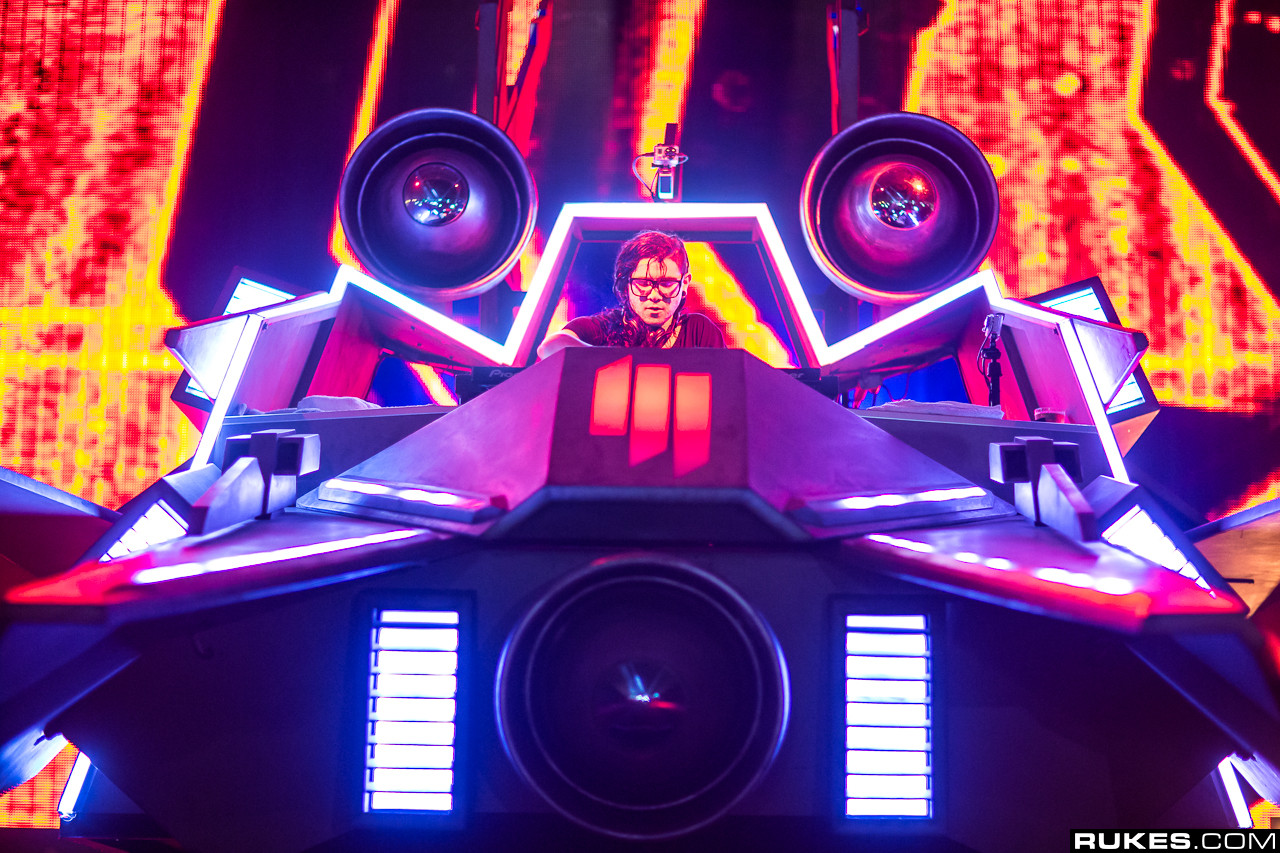 While there’s already been a lot said about Skrillex’s wild night on New Year’s Eve, partying with Justin Bieber and Marshmello in Miami, what transpired the previous night in Washington, D.C. may actually be far more interesting for Skrillex fans. As always, /r/Skrillex was first on the case, uploading the video that you see below.

Playing to a sold-out crowd on the 30th in DC’s famous Echostage, Skrillex unveiled a brand new intro to his DJ set and also what sounds like a brand new ID to boot as well. The set starts off nice and calmly with some gentle strings before Skrillex takes us straight into “Rock N’ Roll (Will Take Your Straight To The Mountain)” before mixing it into a banging new ID.

People have pointed out that the track sounds like something he had teased on Snapchat, or “Coast Is Clear,” or some variation of “Bassline Skanka.” Either way, there’s no telling what it is for the time being so we’ll just have to stick to Skrillex – DC ID.