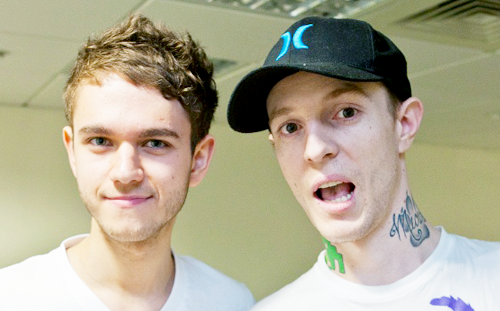 Following the post-show outrage against deadmau5 for his Decadence performance, good guy Zedd chimed in to silence the hate and stick up for “Ghosts N Stuff.”

Not too surprisingly, mau5 sided with the instigator to agree that, upon further consideration, the song does indeed suck, and promptly told Zedd to fuck off. Still, Zedd managed to hijack the conversation with promises of Rocket League and dual fire pits, and the Twitter battle ended just as quickly as it was begotten.

@DouglasDiLillo @deadmau5 no it doesn’t. You’re just being an asshole to get attention. Just cuz u don’t get it doesn’t mean it sucks.

@deadmau5 @Zedd he agreed with me. So take that Anton!

@deadmau5 yeah text me when u’re in LA! We’ll do some rocket league too.