Getter took to his Snapchat on Sunday evening to post a series of photos showing a brutally trashed hotel room supposedly done by himself and those he might have been staying with. The posts were removed as of this morning, but screenshots reveal a demolished toilet and what appears to be a hanging picture or mirror ripped off the wall and broken on the floor.

It’s not clear whose card was given to the hotel for incidentals, whether it was Getter’s team or the promoter’s, but it’s still never acceptable to trash a room in this manner. 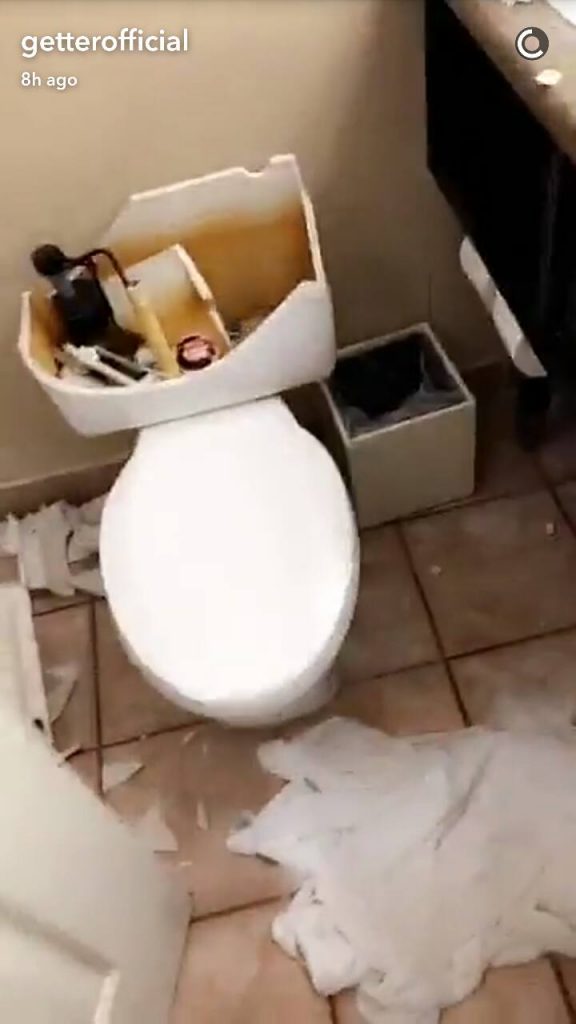 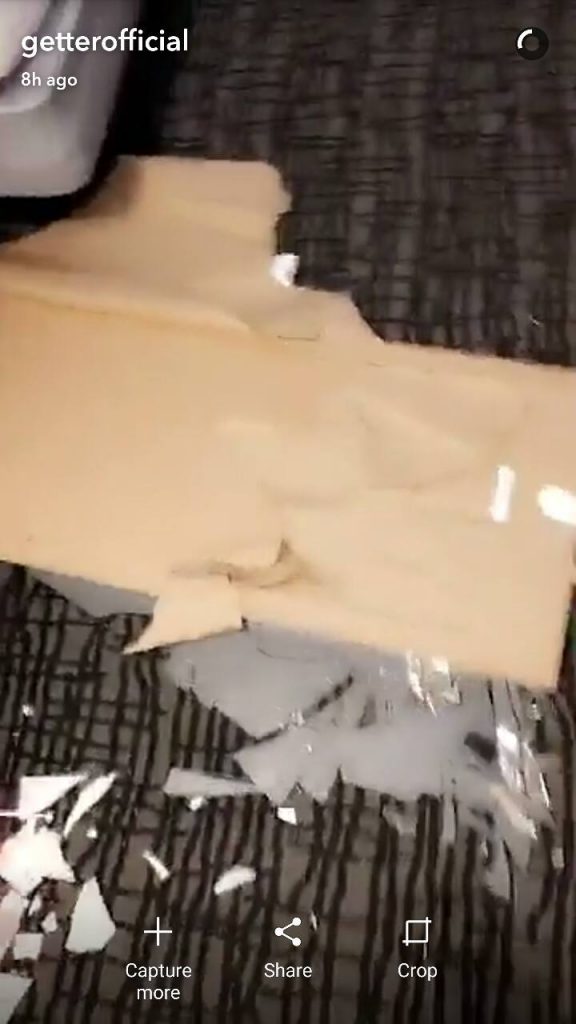