One of the longest running festivals in the United States, the Bonnaroo Music & Arts Festival, underwent a big change when Live Nation took a majority interest in parent company Ac Entertainment a few years ago. Since then, the lineup flavor has changed a bit, and this year’s upcoming lineup just revealed that Live Nation and talent buyer/promotion group C3 Presents are taking an interesting direction: big headliners with more EDM than ever.

The big news is that the legendary 80s band U2 will be making their North American festival debut at Bonnaroo as a stop on their upcoming The Joshua Tree Tour, playing their hallmark Joshua Tree album in full along with other hits. Other headliners include Red Hot Chili Peppers and The Weeknd.

All in all, we’d argue this lineup is better than Coachella, but we’ll let you be the judge.

Tickets are on sale now at the Bonnaroo website. Check out the full 2017 lineup below: 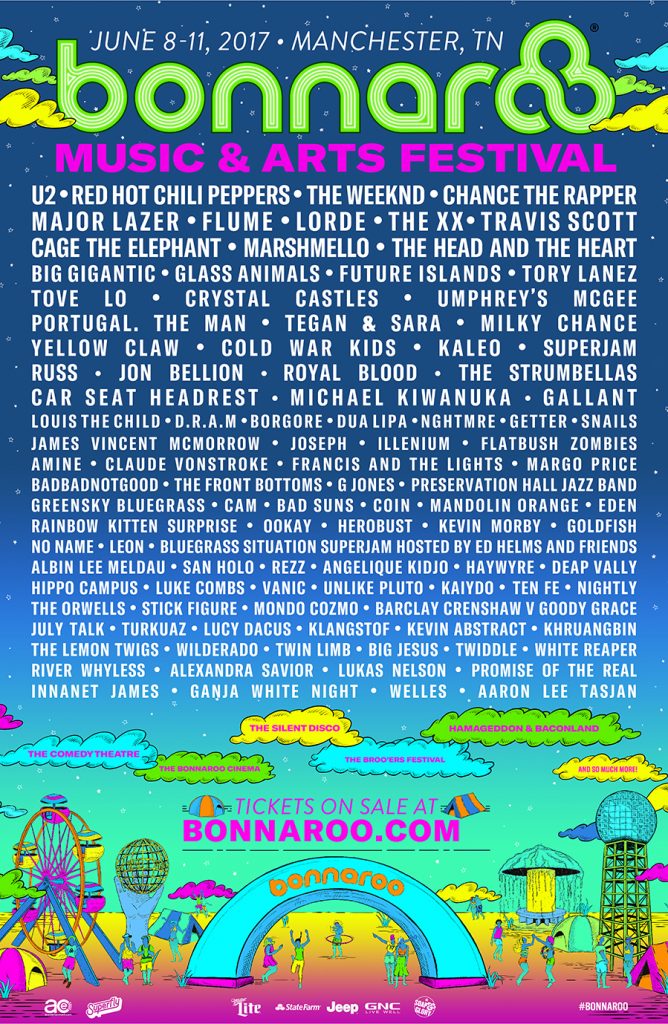