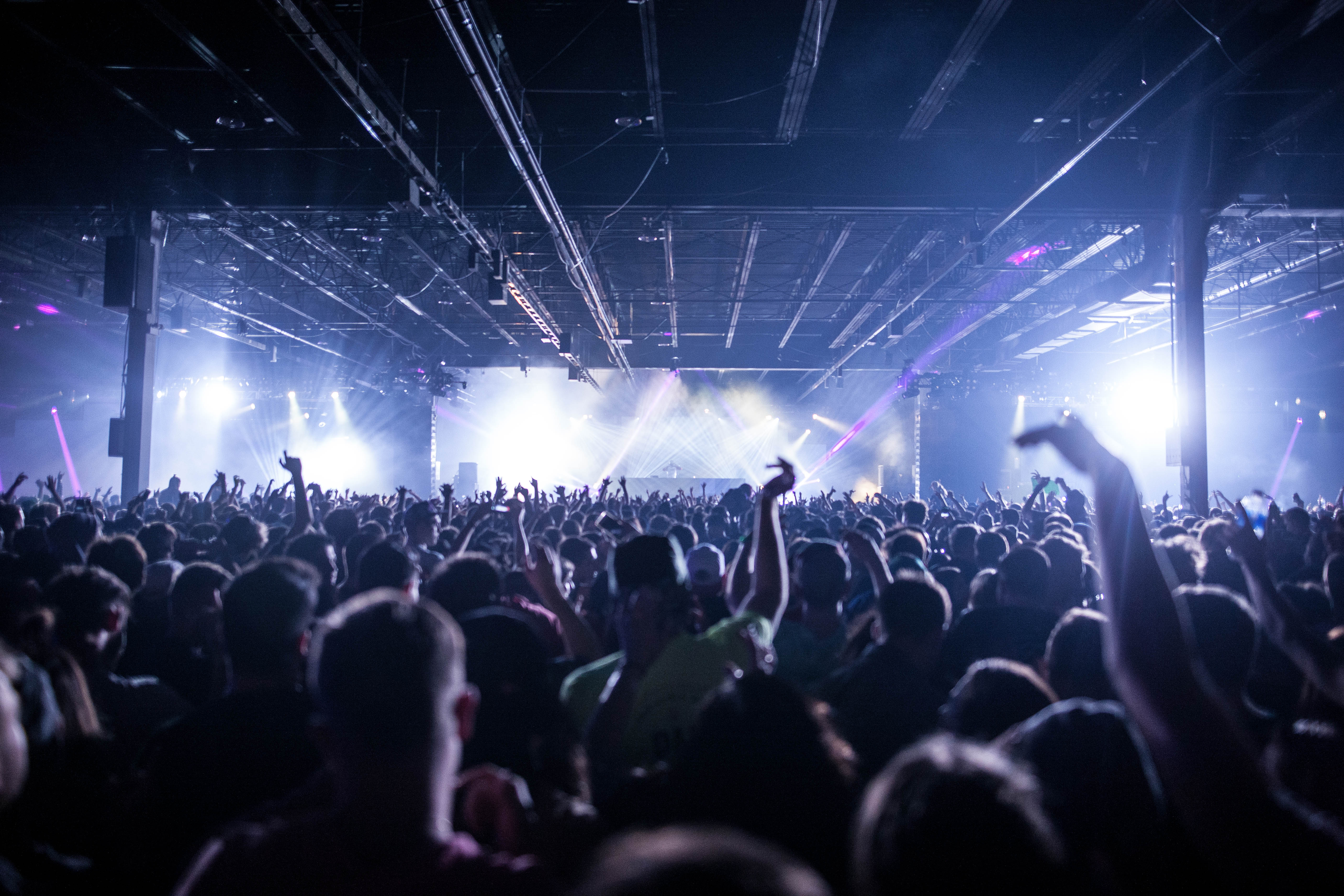 Lovers of electronic and hip hop music in the Midwest were treated to an epic, full-throttle New Year’s Eve weekend in the Chicago area last week, when React Presents threw one of the most jam-packed NYE festivals in the nation. Reaction NYE boasted an immense lineup of acts from far across the musical spectrum, split evenly between the event’s two nights. Stars like Flume, Zeds Dead, Anderson Paak., Dillon Francis, and Gucci Mane were joined some of the scene’s most notable up and comers, such as Mr. Carmack, Noname, Tchami, Smino, and even Danny Brown.

Inside the doors of Rosemont’s Donald E. Stephens Convention Center and through its towering halls, the spectacle of Reaction NYE opened itself to the colorful collection of attendees that sought refuge from the wintery Chicago air. Donned in neon, costumes and black, Night 1’s crowd wasted no time pushing to the front of the venue’s endless main stage.

Stretching from one side of the hangar-like warehouse to the other, the stage and its array of screens, lights and effects creating an engaging visual spectacle from start to finish, with each of the evening’s acts given more visual and aural intensity and control than the last. By the time Flume closed out the night, the entire Convention Center was a wash of never-ending hands, screams and dancing. Before him, Danny Brown, Mr. Carmack and Dillon Francis brought the energy to its peak, while Anderson Paak. and the Free Nationals represented the soul sector. Fans left the venue with weak arms and smiles, exhausted but prepared to return for the New Year’s Eve festivities to come on Day 2.

One of the most defining attractions of the weekend was Reaction’s secondary Arcade Stage, filled throughout both nights with an incredible roster of techno, deep house and other local acts. Featuring intimate performances from the likes of Milk N Cooks, Statik, Antics, Fee Lion and many more, the pushed back space came as a temporary breather from the mayhem and grandeur of the main stage.

As the Arcade fans bounced in the back, the Warehouse saw live performances from Emily Nichols, rapper Smino, dance music legends Manic Focus and Tchami, as well as an enormously special show from hip hop godfather Gucci Mane.

As the clock finally struck midnight, ushering in the first moments of 2017, bass duo Zeds Dead took to the decks to play out a monumental set worthy of their ever-expanding base of Chicago listeners. From their own, nostalgic material to the newest beats from their 2016-released Northern Lights album, the two provided an ideal and explosive introduction to the new year.

Despite the incredible lineup and always-exciting production, the tall ceilings and immeasurable amount of space within the Convention Center’s walls made for several sets that were mired in sound bleeding. Perhaps if more was done with the Center’s space, or if the sound system was arranged in a more appropriate manner, fans of the first few opening acts would have been able to experience the full power of their performances.

But regardless of some sound system shakiness toward the beginning of the evenings, Reaction NYE’s 2016 edition went off without a hitch. Its unbeatable lineup, ample room for attendees to explore and convenience of location made for a truly idillic transition into the new year. For fans of all things hip hop and dance music in the Midwest, there was no better place to welcome in 2017.

Check below for photos from the NYE weekend, courtesy of Georgia Modi Photography.