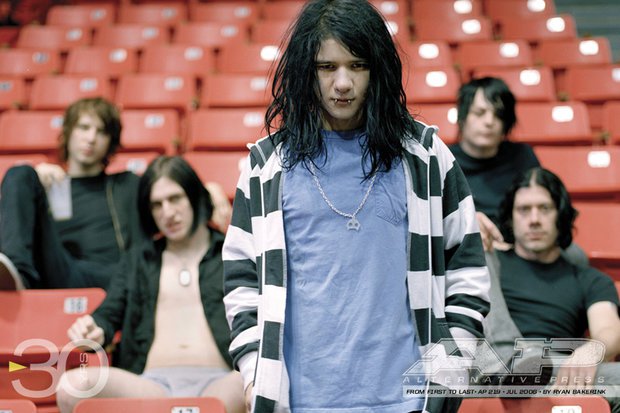 Has Skrillex Permanently Reunited With From First To Last?

Yesterday, From First To Last released “Make War,” which featured the highly-anticipated return of bandmate Sonny Moore, AKA Skrillex, on vocals. The release conveniently coincided with Sonny’s birthday, and now it seems more details are pointing to a permanent reunion.

These slight givings might mean that “Make War” is more than just a one-off reunion, and the band really is back together. Who knows, maybe Sonny will even be joining them for a tour…

And in another bit of news surrounding From First To Last, the group is under fire from a local punk rock band called Culture Abuse for allegedly stealing the artwork from their latest album, Peach.

As a smaller group, FFTL or Skrillex could have easily just ignored the claim and moved on, but Skrillex responded with distinction and honor, stating it was a “complete coincidence, and [From First To Last] would never disrespect or appropriate another artist’s work.” He also managed to turn it all around and urge his own followers to check out Culture Abuse’s music – what a class act.

From First to Last: "hey, can I copy your homework?"@cultureabuse : "sure, just don't make it too obvious" pic.twitter.com/yLS5bGKC3N