Like many others did, Reddit’s /r/electronicmusic community held a year-end poll in 2016 to determine who had the best album, who was the best artist, and more. Though we’re already 20 days into the new year, the results were just released and the results are pretty close to what you’d expect.

Remix of the Year went to What So Not’s inimitable remix of “Innerbloom” by RUFUS.

Best EP, Best Album Artwork and Best Artist all went to Flume. However, biggest letdown was Disclosure’s remix of “Never Be Like You.” (We agree.)

Label of the Year surprisingly went to Mau5trap, though Monstercat and OWSLA were both right on its tail.

Best AMA on the subreddit went to Dillon Francis + NGHTMRE – no surprise there. 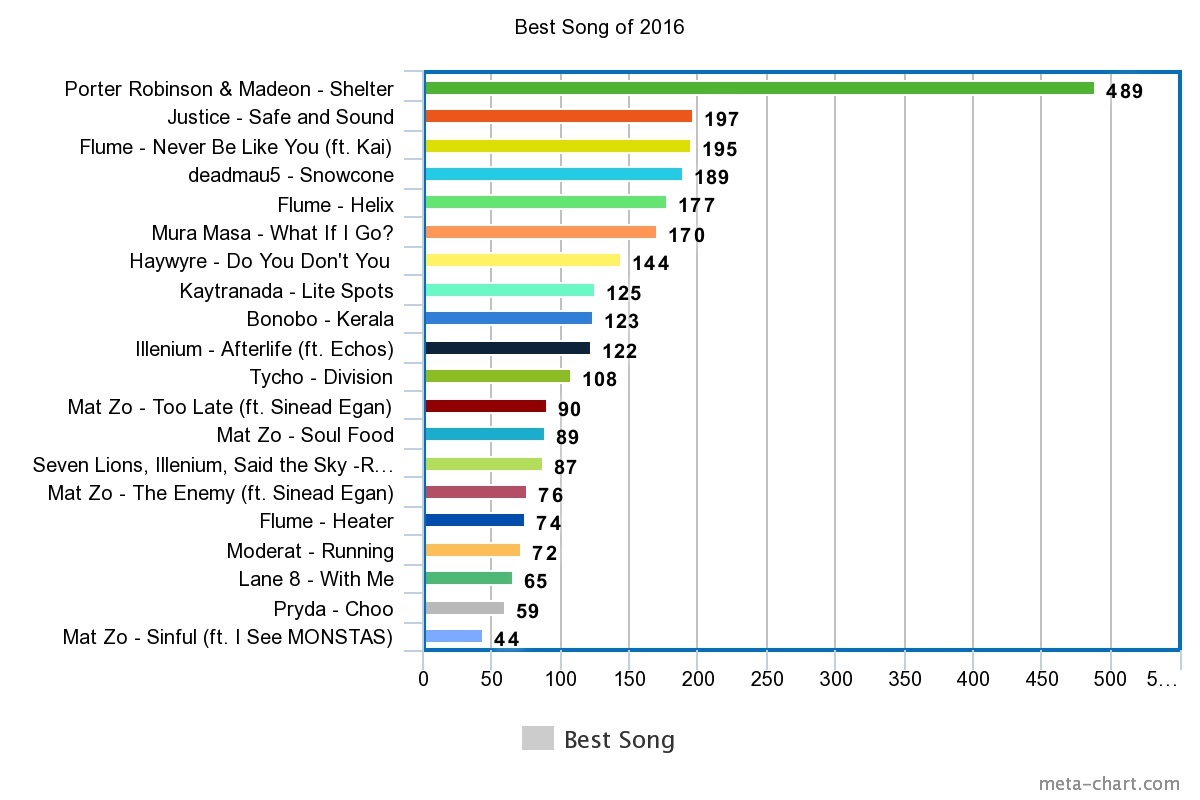 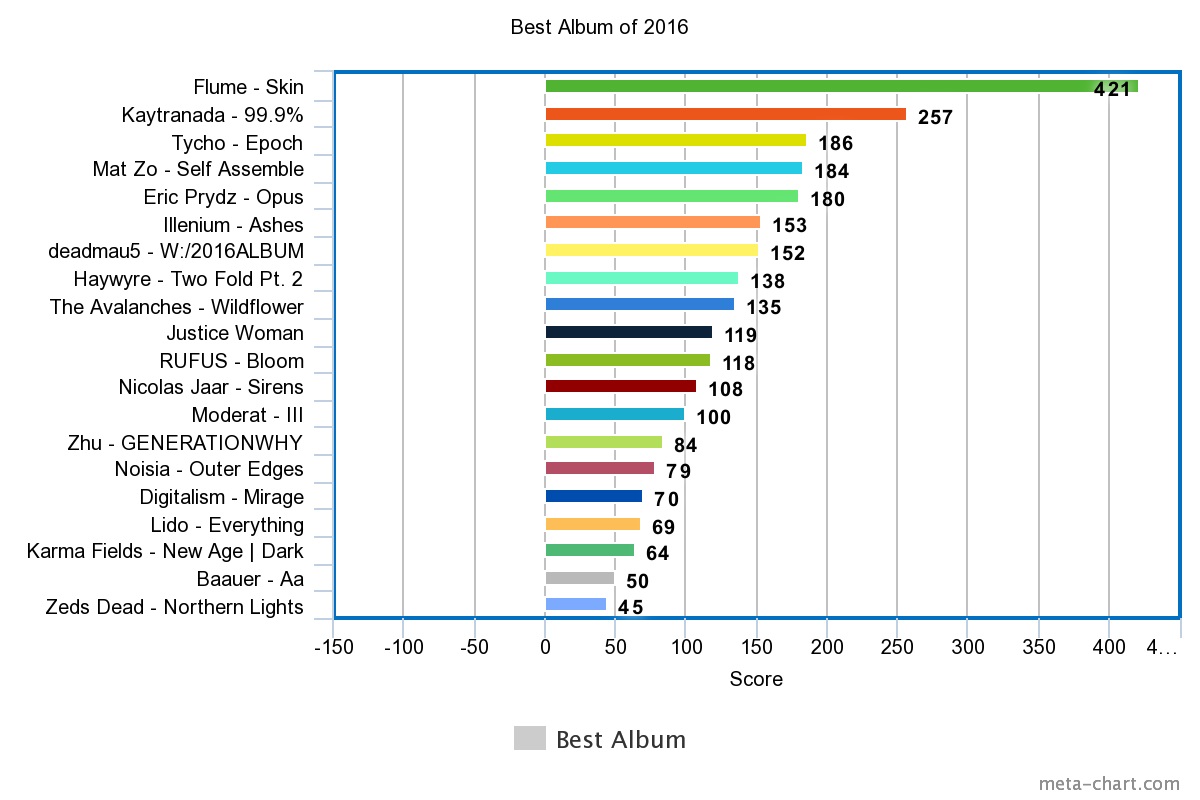 Listen To Vanic’s New Track With Maty Noyes, “Too Soon”