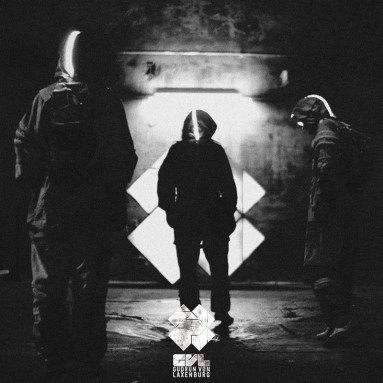 It’s always nice to enter the new year with a breath of fresh air. Something remarkably organic, that’s in turn making all the “play button pushers” look like victims of amateur hour. Thankfully enough, that’s exactly what we’ve got with the new supergroup Gudrun Von Laxenburg. Fusing electronic dance beats with grassroots musical talent is always an intricate and usually extremely difficult process to forego, however this new Austrian band has achieved it not just with ease, but almost entirely on accident.

As I originally caught wind of this live act, so many questions floated around my wondering skull. Luckily for you guys, we’ve not only got the answers to supplement your collective curiosities, but we’ve also got an entirely exclusive The Chemical Brothers video remix to share with you all. This video, is a surefire example of everything this promising new band is capable of, and more.

Hello everyone! Quite exciting times ahead for you all. After reading quite a bit about your endeavors I must admit, I am more than intrigued. Tell us a bit about yourselves, specifically how the group came together?

True that! We can’t wait to see where the next couple of years will take us!

We’ve been a three piece from the beginning, with July (drums), Christoph (Synthesizer) and Daniel (Synthesizer/Sampler). We started this project with no particular ambition or goal.

In fact it was a friend of ours who asked us if we’d like to Dj at her party. Because we wanted to do something special, we grabbed a couple of synthesizers, samplers and a drum-set to jam out some 90s techno tunes. We knew we didn’t just want to just DJ and the outcome of that was Gudrun von Laxenburg. The gig was pretty spontaneous and raw but the people went nuts, tearing everything apart.

Word of mouth spread and led to some other, bigger shows in Austria, even some major Festivals called and asked if we wanted to open the mainstage! It was totally crazy, because we hadn’t recorded a single track or had radio airplay at the time.

We’ve known each other since our early teens and have already played together in other bands, but it never came as easy as this did to us, so we decided to just go with the flow and take whatever opportunity came up.

What are some of the past musical inspirations that’s driven your collective creative visions?

We all come from different musical backgrounds, but acts like Daft Punk, Justice, The Chemical Brothers, The Prodigy and Soulwax were a great inspiration. Especially the music which came with a rough and driving sound influenced our vision and helped us to create a unique punkrock heavy electronic sound!

Tell us a bit about your jam sessions. Is it mainly in good fun like your first session, or was there a point where you guys decided to get serious about the project?

We started out jamming for most of the time, but as you said when we took the whole thing more seriously we began to reduce the jam-time in favour of our own rehearsed tracks. We always wanted to play the best shows we could and at some point our own compositions just took over the whole set… We still jam a lot in the rehearsal room to write songs, but what you see on stage now is all well thought out.

I’ve heard some news about some recent Austrian attention! How did it feel to play main stage at one of Austria’s most well known festivals?

Yeah… those Festival Shows were great experiences, of course.. Especially because it went so fast from the point of playing tiny clubs to playing bigger stages outdoors! We always loved to play clubs, since you get such a good sense of what’s going on with the crowd… they sweat, you sweat, they love it, you love it… But playing on a huge festival stage in front of thousands of people gives you the chills!

Tell us a bit about the artist name itself. Where did that derive from? Is there any specific meaning?

Well…We were living together in a flat when everything started out and this flat turned into our studio and later on into our office too. Everything we did was based in that shitty apartment. So our artist name pays tribute to that location. It simply combines the two street names that surrounded our flat! GUDRUN street and LAXENBURGER street,.. We then just added a ‘von’ in the middle to give the name an aristocratic touch… it was not meant to be more than a joke, but hey we still like its weirdness!

Let’s reflect for a moment on the album. What are your favorite tunes from the collection and why?

My favourite tune right now is ‘Jonesy´s Lullaby’. This one marks the quietest moment of the album. And I love the atmosphere and harmonies. The never ending build up suddenly erupts into the end of the song and it always leaves me with a smile, because that track was actually written for a cat that was chilling in the studio when we were finishing our album…(Daniel)

I’ll go with ‘Planet of the arps’. A bit of Punkrock, some smashing riffs and a great energy from the beginning till the end.

I still love the ease of how the track came together.

And of course, I got to play a little drum solo in the beginning…. (July)

I can still remember when we were at our rehearsal studio creating ‘The Return Of The Unicorn’. The rough version was created really fast and lacking just one lead melody – we wrote that line singing it during a break in the kitchen and then recreated our synths. (Chirstoph)

Do you have any plans for international touring in the near future?

Our booking agents are already working on a release tour, so as soon as the album is out, hopefully you can catch us on stages all across the globe!

How would you guys describe your sound?

If we had to put a label on our sound it would probably be Electronic-Punkrock. What we really want to achieve is to create a symbiosis of the raw power and attitude of Punk Rock and the force of electronic sounds. Synthesizers are our first choice of instrument and we try to fit in the human factor of playing everything live and enrich that usually machine generated genre.

Tell us a bit about this Chemical Brothers rework. How did it come about?

We’ve been thinking about reworking a track for quite some time now, because that was also something we did in the very beginning of our live shows when we jammed and covered 90s techno tracks. A few weeks ago we listened to ‘Saturate’ in the car and the driver, a good friend, said ‘hey that could be you guys’. So some days later we tried to figure out the track in the rehearsal room and it worked out pretty fast! So we got in touch with our label et voila!

Lastly, any last words for your fans (old and new) at Your EDM?

So long and thanks for all the fish!