Insomniac has just released Phase 1 of its inaugural Electric Daisy Carnival festival in Tokyo Bay, Japan. Set to take place on Makuhari Beach and the Zozo Marine Stadium, the premiere event will bring fans four of the series’ iconic stages to host some of the most notable acts in dance music.

The Phase 1 reveal has unlocked 24 of the festival’s most prestigious DJs, including both main stage headliners and up and comers. Afrojack, Armin van Buuren, Carnage, Kaskade, Axwell Λ Ingrosso, Knife Party, Martin Garrix, Marshmello and Zedd will likely be leading the festivities, while artists like Cut Snake, Louis The Child, Jauz, Nicole Moudaber, Seven Lions and more will be featured on some of the specialized stages.

Check below for the complete Phase 1 roster, and look lower down for Insomniac’s specially curated EDC Japan playlist. 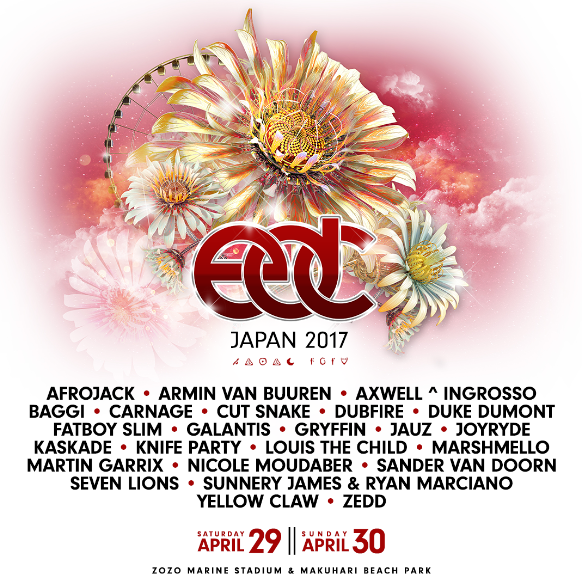 Listen To Maarten Vorwerk’s New Single, “You’re The One”