SAYMYNAME Releases “Get On My Level”

Coming off of a major fall 2016 tour, SAYMYNAME has hit the ground running in 2017. The 2013 winner of the Insomniac Discovery Project has been drumming up support from some of the biggest names in electronic music lately from DJ Snake to Skrillex as he released music with major names like Armada, Spinnin’, and Mad Decent.

His latest release “Get On My Level” with surging record label Thrive Music brings a re-engergized feel to Hard Trap with none other than Kevin Flum on the hard-hitting vocals. The grinding hairstyle synths and earth-shaking bass in this track is sure to hype up dance floors and festival stages all over the map this upcoming season, so be sure to have a listen now.

Want to check it out live? SAYMYNAME will be performing tonight for a SOLD OUT crowd at Yost in Santa Ana, CA. Thrive Music and William Painter have teamed up for an epic giveaway, so don’t miss out. Grab your tickets here.

Have a listen to SAYMYNAME’s new release “Get On My Level” on Spotify below!

Use the ‘Get On My Level’ Snapchat filter on a video of you going hard as f*** at tonight’s show and add it to Yost’s story for a chance to win a pair of William Painter sunglasses. 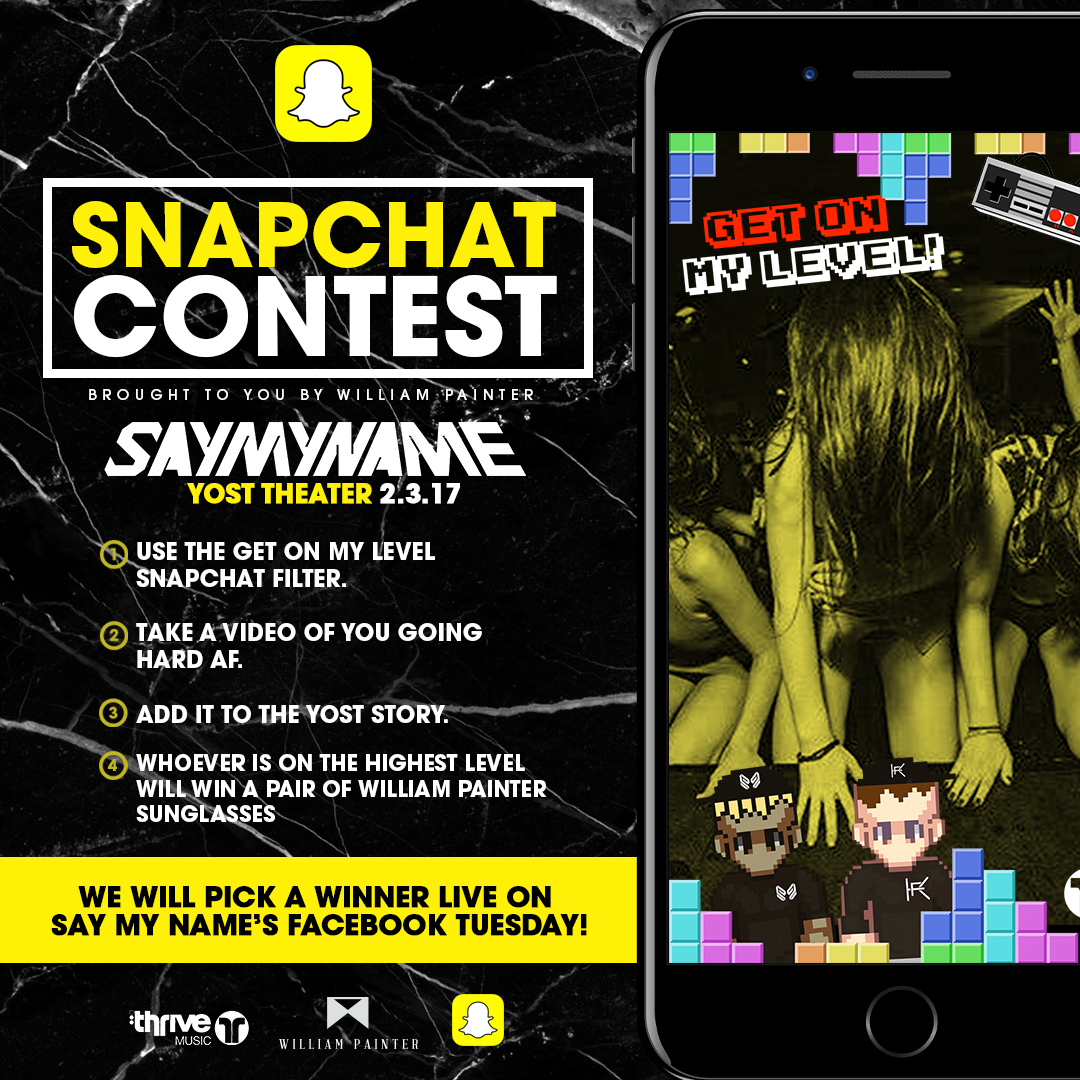