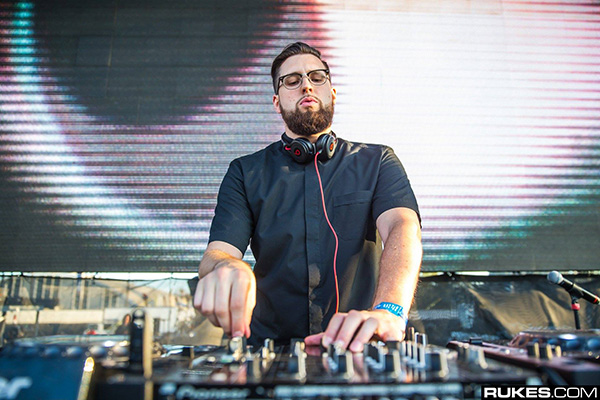 One of the rites of passage for an electronic music artist is touring with a unique production. Daft Punk started the trend in 2006, and since artists like deadmau5, Avicii, Excision, Skrillex and more have toured with production behemoths. One of the latest producers to tour with such a production is future house pioneer Tchami, who just launched his North American Prophecy Tour. This tour comes equipped with a massive production that emulates a church with mock stain-glass windows, enhanced lighting and even a choir dressed in white.

The tour is making the rounds across Florida this weekend, and this Saturday hits one of the country’s biggest college towns: Gainesville, home of the Florida Gators. This marks Tchami’s first-ever Gainesville show, a real treat for a city that rarely brings his level of talent to its scene. Tchami, along with tour opener and his record label Confession signee ANGELZ, will play at the Florida Theater, one of the city’s biggest venues.

Tchami kept himself busy in 2016, previewing the Prophecy Tour production at Coachella and releasing the successful EP After Life, which included such tracks as “Missing You” with AC Slater and Kaleem Taylor and the eponymous “After Life” with Stacy Barthe. Today, Tchami dropped a surprise new single titled “Adieu,” the perfect prologue to his tour and the show in Gainesville on Saturday.

General admission tickets are sold out, but head to Eventbrite to purchase VIP tickets before they sell out. Doors open at 9 p.m. and the show runs to 2 a.m.