W&W To Play At Ultra As Their Side Project

Ultra just released their phase two lineup yesterday after selling out with only their phase one lineup. This has left many fans disheveled as they scramble to find last minute scalped tickets to the event.

To add insult to injury, it would appear that W&W are coming to Ultra as NWYR. If you are unfamiliar with this side project of W&W, here’s a little info to keep you in the know. Just a few weeks ago W&W appeared on Hardwell On Air 300 where they announced that they had a side project in the works. When discussed further, it was mentioned that they had a lot of new music waiting to go for this alleged side project. Many fans were disheartened when W&W did not appear on the bill for this years Ultra, to which Ultra responded that fans needed to “look closer” at the lineup. 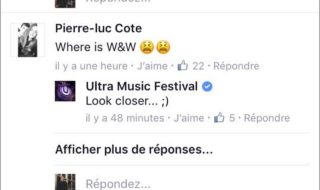 W&W also dropped a hint that fans needed to “chill” and they have “tons of new music coming!! Even for the Trance heads out there ;).” 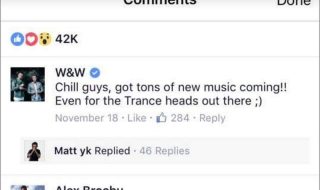 This is great news as this indicates that W&W will be returning, not only to Ultra, but to the trance scene as well!