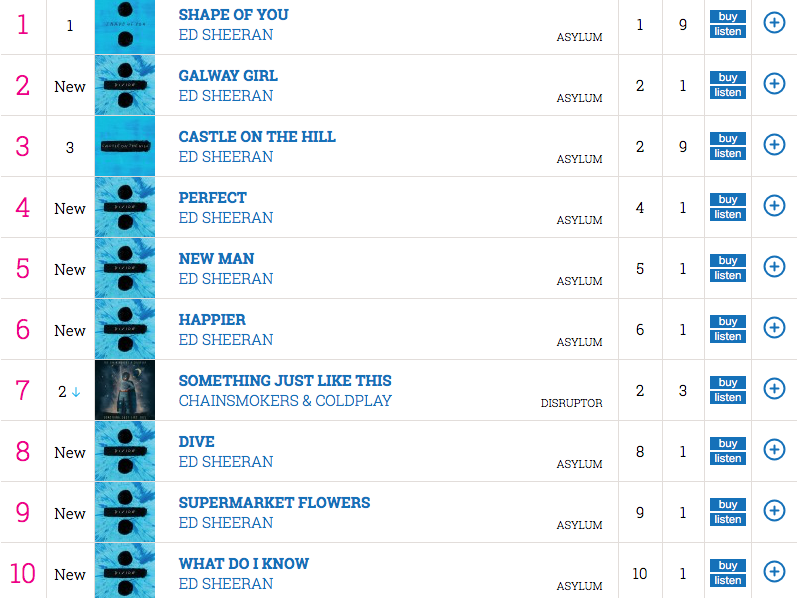 Ed Sheeran would be giving The Chainsmokers a run for their money if they shared the same homeland music charts. With his latest release, Divide, Ed Sheeran has landed himself at the top of the UK Singles Chart… 16 times.

Here’s a breakdown of the top 5:

The other 11 tracks from Divide all fall within the top 20, as the album has received massive success among multiple genres and radio formats. At #7, the Chainsmokers & Coldplay are holding on with “Something Just Like This,” and breaking up the only chance our favorite redhead had at scoring an unprecedented top 10 record.

“I never expected to have nine songs in the top 10 ever in my life so yeah, I don’t know, something’s gone wrong,” Sheeran told BBC Radio. “But I’m definitely very, very happy about it.”

According to New Straits Times, Sheeran defeated Calvin Harris‘ 18 Months for most top 10 singles from one album, which achieved nine.