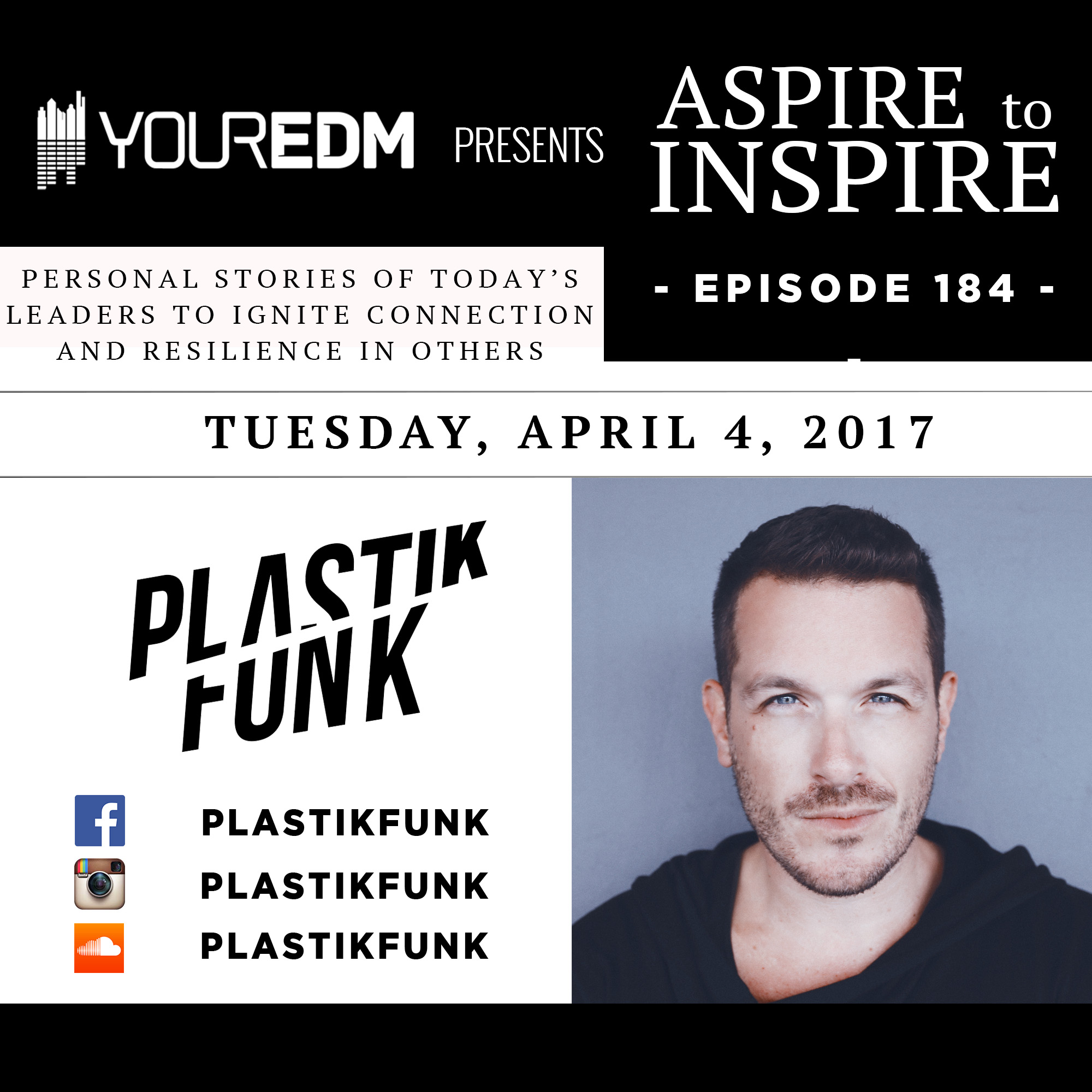 Life is complicated sometimes. There are so many variables to life and things that can be out of our control. How can you simplify things and just pursue what makes you happy? Sometimes we overwhelm ourselves with everything the world can throw at us. To be all things to all people is something that’s just not tenable. That’s what happened to Rafael Ximenez, 1/2 of the venerable house duo, Plastik Funk. Although, behind the scenes and in the studio, they are still a duo, touring and performance wise, Rafael is ostensibly the face, heart, and soul of Plastik Funk (similar to Blasterjaxx’s situation). Plastik Funk’s sound is so positive and uplifting, he even refers to it as “Bliss House.” Although happiness is his main goal, it was not quite so easily achieved as a youth.

“I was playing baseball professionally, but at the same time (right after school) I started working at a marketing agency, organizing parties, producing music everyday and trying to DJ as much as possible…it was just too much. My father always told me – sometimes less is more! So I made a decision and followed my heart. I quit the marketing agency, finished my baseball career (I played more than 12 years and was tired of all the training and games), and focused 100% on producing and DJing. It was the right way to go!!”

As Rafael puts it, the main thing that he derives from not only making but performing music as well, is happiness…sheer happiness. As cliché as it sounds, one of the biggest lessons he has learned over his 10+ years of performing, producing, and touring is that you have to drown out the haters. For upcoming musicians, the music has to be something you’re passionate about and something you’re doing for yourself. Again, pleasing everybody is something that is extremely difficult and nearly impossible to do.

“Music is the best drug in the world and can create the most intense emotions for a human being. So what can be better than making people happy with your music? That’s why we called our sound “Bliss House.” It’s about happiness, hope, and inspiration. I think every artist has that fear that people don’t like your music and don’t appreciate what you try to show with your sound after a while. What I learned during my career is to not listen to these fears and just try to enjoy every minute of my touring, my shows, and my time with the fans and just make music I 100% love. Gratitude and joy are extremely important to live a fulfilling life.”

Despite making a name for Plastik Funk in the dance music scene, like so many other artists, Rafael began to question his creativity and the direction his music was heading in. His consolidation of his musical direction can clearly be seen in the wide array of Plastik Funk releases on Armada Deep and Armada Trice. However, like so many other artists, he discovered the way to overcome any type of writer’s block or inhibitor was to go back to his roots, straight house music.

“It was a couple of years ago when it felt like I didn’t have the right direction in my musical style, production-wise. I tried different sounds and styles, and was not happy with what we released. It took me a while to understand that I just had to revert back to my music roots, which is pure and real house music, with our own touch. Since I went back to my sound, I’m happy with every release and my music is doing great. I’m so thankful to see that people like what I do!”

Although Rafael makes music for himself, as most artists do, his fans’ impact on him is not lost at all. Like so many other things in life, it’s the things we don’t expect that inevitably have the largest impact on us. Rafael recounts a time while touring Brazil and meeting some hardcore fans. It amazed him not only how his music had impacted people, but also how it had spoken to people half a world away from his home base in Germany. Make no doubt about it people, artists enjoy it too seeing how much you love their music.

“I remember my first tour in Brazil. I did a two-week run and it was just incredible to travel and see this amazing country. I didn’t know that our latest tracks were played in Brazil so much and I couldn’t believe it when I saw the sold out shows and people screaming our name. At a fan meet-and-greet a guy came up and showed me his Plastik Funk tattoo and he started crying when we met… that was so crazy and showed me how music brings people together all around the world. I couldn’t believe how people knew all of our tracks and followed us like this so far from home, even when it was our first time there. This was breathtaking and such a motivation.”

Rafael makes Plastik Funk seem simple, but as you can see, that’s not quite the case. However, with an amazingly positive disposition, he seems to be able to overcome it all. Combine that rosy outlook with confidence and belief in one’s self, and you have a recipe for success…sustained success in the case of Plastik Funk. Even with one member fading into the background, Plastik Funk is still going strong. Like with his fans, Rafael wants to leave an impact on anyone who might be reading his story. Here are some words of wisdom from Rafael regarding real life interactions…

“…Social media destroys a lot of real communication or real happenings. Sometimes it’s just great to experience moments without a phone and just talk to people in person. I’m trying to remind myself every week to just have a good talk with friends and bottle of wine once in a while. It’s so much better than stupid social media talk. I’d like to encourage everyone to do the same!”