An announcement was made this morning of a brand new event taking place in Los Angeles on April 29, coming as the first pairing between Deadmau5 and acclaimed event organizer Insomniac in five years. The warehouse style event will feature guest performances from ANNA, Monstergetdown and more, and comes as an alternative chance to witness a live Deadmau5 show outside of his quickly approaching “lots of shows in a row” tour.

Earlier this year, Deadmau5 revealed that he would be reigniting his techno side project TESTPILOT at this year’s Movement Festival on May 27-29. The new announcement comes as a follow-up to the Canadian producers’ two recently released LPs, including his late 2016 album W:/2016ALBUM/ and his stuff i used to do compilation this February.

The April 29 event in Los Angeles will take place at Insomniac’s Factory 93 venue, after a string of shows at LA’s Shrine Auditorium. Tickets to the show will be available here starting Tuesday, April 11. 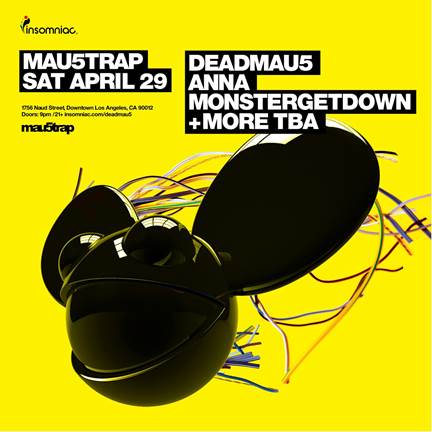