Man Caught With Over 100 Stolen Phones At Coachella

One of the most egregious criticisms of last year’s Coachella was the absolutely rampant pickpocketing that was going on within the crowd. Hundreds of people fell victim to lost wallets and phones, and a major PSA was made regarding the outbreak. 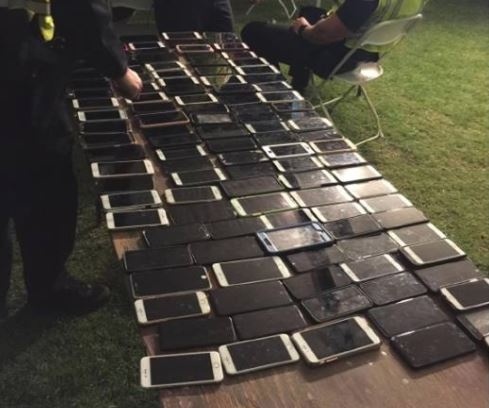 This year, there hasn’t been as much outcry about pickpocketing, so hopefully it’s died down a bit. But at least one man was caught with over 100 stolen phones within the venue.

Many victims apparently used the “Find My Phone” app and tracked the perp, 36-year-old Reinaldo De Jesus Henao, through the venue and he was quickly detained by security officers. Over 100 cell phones were found in his backpack.

All the phones were either returned to their rightful owners or turned over to the lost and found area at the concert site, police said.

Henao was released Saturday from the Larry D. Smith Correctional Facility in Banning after posting $10,000 bail, according to jail records.

He is scheduled to appear in court May 26.