DC Breaks are comprised of Dan Havers and Chris Page, the “D” and “C” in the duo’s name. The two started making tracks together in 2005 and signed to Andy C’s RAM Records in 2010. Since then they have amassed a huge body of work, yet they have heretofore not actually released a full-length LP. Nonetheless, when said LP, Different Breed, released this month, it was one of the most hotly anticipated releases of 2017.

Many fans, including the D&B department at Your EDM, have wondered about the process leading up to the release of Different Breed and how the duo put it together in the face of so much anticipation. On the heels of their recent world tour, Dan and Chris sat down with Your EDM to discuss the album, their process, and their love of drum and bass.

Thanks so much, Dan and Chris, for sitting down with us today and ccongrats on a great tour. You guys have been producing for quite a while now, and many fans are wondering why now for the release of Different Breed?

Chris: Well, we’ve been wanting to do an album now for ages, and over the years we’ve put out several albums’ worth of music, so really when we wanted to do it, it came down to some behind the scenes stuff with the label as to why we were so delayed, but it all worked out really well in the end.
Dan: This is a really long story…(both laugh)
Chris: I mean without going into too much detail, we initially got the album signed to Virgin, and then RAM merged with BMG, so then we had to be re-scheduled under BMG’s timeline, which pushed it back over another year.

So the album was actually supposed to be out much sooner?

Dan: Yeah, like almost three years!
Chris: Yeah, we’d had an album pretty much ready for about three years at release time, but on the other end it’s evolved and it’s improved and got better than it ever was, so we’re happy with it.

So during that time did you just basically have it ready and just tinkering with it while you were waiting on the labels?

Dan: Yes and no, we basically wrote about three albums in that time, and so the album was kind of a mash of the three albums. A lot of the stuff was more current to 2011 2012 since that’s when we really started on it, but then as things kept changing we made a few more commercial tracks to go with Virgin, but then it changed again and we made some more brand new tracks that are more current with what’s going on in the sound right now so it is a bit of a mash. But like Chris said, it was better than any of the albums from before, so it did come together really well.

So it sounds like having that extra time was a good thing. 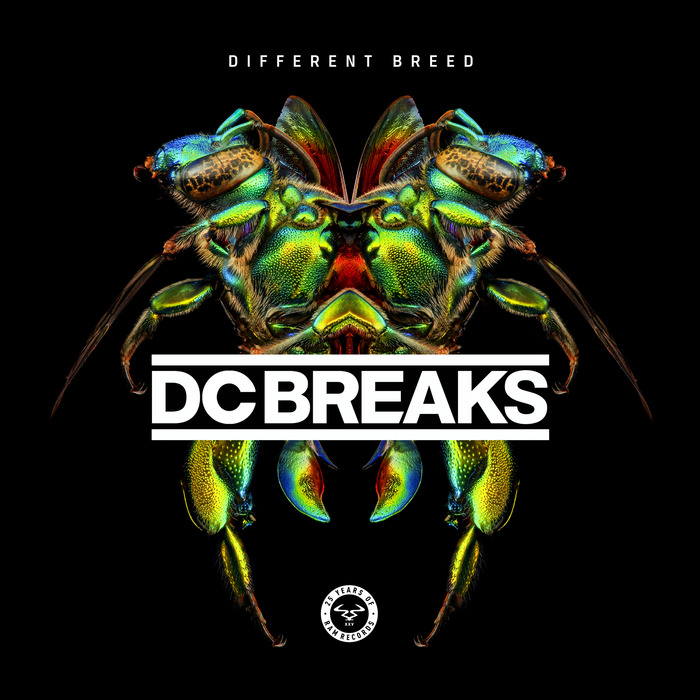 Is that why there’s so many different styles on the album? What was the process in terms of choosing the songs?

Dan: Well my background is more musical than Chris’s, so we each have different strings to our bow, so that’s how we’re able to do so many different styles and genres, and we kind of think well, why not? I mean since the beginning, our first releases have always been vocal heavy and  bass heavy at the same time, so it is a true reflection of what we do. I’m really proud of it as well because we’ve written every song on that album.

Yeah, that’s a phenomenon not everyone is familiar with where some of the bigger producers don’t write all their tracks on their own.

Dan: Yeah, a lot of producers get songs given to them and we had none of that. Everything’s been written in our studio.
Chris: I don’t think it’s any surprise that (names deleted) have ghostwriters, and it’s not a new thing. Back in the day, loads of DJs would have ideas for tracks and, you know, just sit in the back of the studio and have a producer bang it out. It’s actually relatively recent that bedroom DJs can now make tracks and claim them as their own.

And that’s been a really interesting shift in culture, hasn’t it? Because of all this access now someone totally unknown can produce the tune of the year or something and it’s not dependent on labels and they can keep all the credit. But then performing gets tricky because it doesn’t take as much skill.

Chris: Yeah and then we have another issue as well where, you know, we’re artists first and DJs second, so when people come to see us perform, they really expect us to play all our own tracks so we’re expected to play our own music and we don’t know where to draw the line. I’d say our sets now are about 50/50. 50% our own stuff and 50% our other stuff, but people are there to see us play our own music. It’s great, but I guess there aren’t many proper DJs anymore on that circuit.

Wow it’s great to talk culture shifts with you guys. Back to the LP though, in terms of arranging songs with the styles, it seemed to vacillate between styles: pop on top of grindy on top of darker, so did you layer those on purpose, or was there a theme you were going for?

Chris: The tracklist was decided pretty late in the process. Since we started putting this album together so long ago, we wanted at least seven or eight brand-new tracks on there so that the album didn’t feel stale. So in the end it just became a collection of singles, so it did end up that we were layering it as song, banger, song banger…
Dan: And in the end, we ran out of songs so it just went banger, banger, banger! (Both laugh)
Chris: Yeah, we didn’t really spend a lot of time worrying about how it was going to hang together as an album, but it did work and come together, we think. But there are some points were it’s like “Never Stop” and right after, “Underground”, where it’s like woah!

Yeah, I remember thinking “that’s a shift in tone”!

Dan: Yeah, no one really sits down and listens to albums track by track anymore, but we like how it turned out as a whole album as well. It didn’t make sense to have just, you know, a half an hour of just vocal songs and then a half an hour of bangers. We were still even mastering the album right up to the wire, even though we had three years to put it together, so again I’m not sure the process we really that thought out in general.

Was there any theme drum-wise then? The seemed like kind of an homage to old jump up or old jungle, so what was your process there, when it came to a technical theme?

Dan: Chris? (Bot laugh)
Chris: Some of the old tunes of course we actually wrote back in the day, so we really just went and polished those up for the modern ear, but otherwise…I mean I think this probably sounds weird but I think we still struggle with drums. It takes so long to get a really good tight groove together, so with drums it’s just a bit of a slog.
Dan: But I mean I think as we’re just junglists, so it’s in our nature to reach for those classic breaks especially when we’re stuck, because that’s what it means to us. We’ve always done it.

That’s interesting, because when it came to those “bangers” as you call them, a lot of them had more modern, grimy, rolling basslines and it was quite surprising to have these more classic jump up/jungle drums marrying with that. Was there a reasoning to that?

Chris: Well, it actually is a process, because we’re in two separate studios; I’m in London and Dan’s in Bristol, so I tend to write the more jungly jump up stuff and then Dan writes the more musical stuff. So I’ll send Dan 16 bars of a jungle drum track, and then he’ll go and give it a wicked intro or some character, and then likewise he’ll write a song and then he’ll ping it back to me and I’ll throw in some drums and a bassline edit, so that’s why you end up with this fusion of really melodic stuff with more jungle jump up style within each song.

So speaking of jump up and bangers, do you guys care to weigh in on this controversy surrounding it right now? Some people are calling it the “brostep of drum and bass”, and it seems to be getting a bad rap. What do you think of all that from an artist’s perspective?

Dan: Chris and I first got into this in the clubs and at rave, and we write music for the clubs and for rave, so we very rarely write a track that has a light, chilled out drum beat. So, bangers fucking all the way man. I love chilled out liquid, but when I write music we write it so we can go out an play it in the club, I mean that’s the joy and that’s the job as well. There is no argument. If you like it, great and if you don’t, go and do something else.
Chris: The thing about jump up as well is that it goes in cycles. There was a time where Twisted Individual and that lot were making some amazing jump up, and then there was a time where it was just terrible, so now it’s just coming back that producers like Turno and Dominator  and even Guv are actually coming out with some decent tunes – I mean they’re not just catchy but actually well-made – and I have a soft spot for the stuff so I always try to play it in my sets, but there was a period where it was just really shit, and so people are just slow to give it a chance. I can see its potential with like Sasasas, they’ve created a really unique vibe, and they smash the jump up at the moment. I think when it’s well-made, the labels aren’t important.
Dan: Rule number one: don’t read the YouTube comments!

Very true! So what are next steps for you guys and is there anything else you want to say to the readers?

Dan: Erm…cheers guys!
Chris: (laughs) We’ve just done this USB version of the album, it’s a nice boxed USB with the album art and it’s got producer packs and loads of extras, so that’s on the RAM website now, and it’s been out for like a week and people are sending in remixes now so it’s cool to hear those. We’re also doing an Australia and New Zealand tour.
Dan: We’re hoping in the next year to do some collabs, and then of course there’s RAM25 so we’ll be doing some remixes for that and then hopefully another album by next year. Oh! And we have the UKF Podcast we’re doing next week. We’re really excited about that because we haven’t done it since about 2009, so definitely look out for that.

Soundwave Tattoos Will Let You Permanently Rock Your Favorite Lyrics