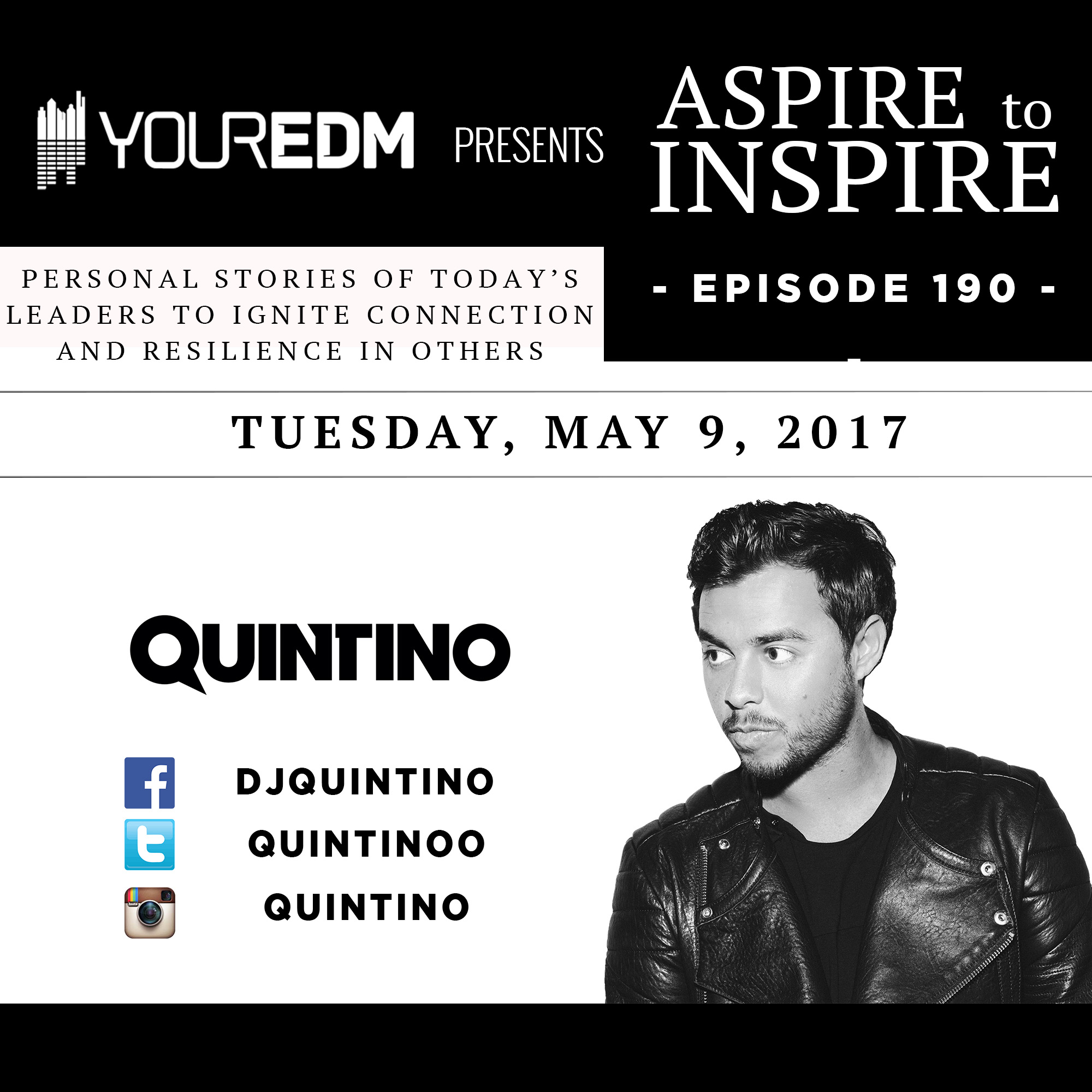 It’s a rough world out there, reading the news can be a sad affair. For a lot of people music provides an escape from all the tragedies that plague our society. In trying times we need relentlessly positive people who can provide the soundtrack for a good time. While every artist has a mission, it’s so refreshing when someone says they just want to make people happy. That’s exactly how Quinten van den Berg, better known as Dutch producer/DJ, Quintino, feels about his purpose. Knowing that music can have such a positive impact on people…that’s exactly what he has sought to do with his tracks and DJ sets.

“Overall I just believe in positive vibes – being happy and just enjoying life. If I’m not happy, that motivates me to change or improve, not only in my personal life, but also with my career. I hope that my music helps people enjoy life and helps spread a positive vibe. I always like to play different styles and genres, so I guess my message is: let go, listen and feel the music, and let the DJ surprise you.”

Although Quintino has been in the game for a while, it seems he’s enjoying more success than ever nowadays. He attributes that to struggling with musical direction. Although he prides himself on his diverse sets and using several influences in his music, for better or worse, he’s always been labeled a “big-room” DJ. To counter this criticism, Quintino switched things up a bit in the studio. Knowing one person can’t be all things to everyone, he focused on what he wanted to do musically.

“Well about a year ago there was a shift in music where ‘big room’ became less popular. And although I always play different styles and genres, people consider me to be a ‘big room DJ.’ So I was struggling with which direction I should go, but slowly my team and I decided to incorporate music for the club and festivals like ‘Baldadig’ and then I made the ‘Go Harder EP’ where I could experiment and try new production styles. I also made tracks like ‘Lost in You’ and ‘Freak’ for radio & Spotify. My tracks have never been played this much in the clubs and on Spotify so trying new stuff gets rewarded in the end.”

Competition fuels Quintino. He did want to be a professional soccer player when he was younger after all. After experiencing firsthand how quickly musical shifts can occur, he uses that as a way to stay on his toes and try to keep himself ahead of the curve. Coming from the Netherlands, arguably the biggest exporter of electronic music, Quintino learned early on how important it would be to focus on being a versatile performer.

“The music industry can be very fast-paced, so there is always a fear that people won’t listen to my music or come to my shows anymore, but I use that as motivation. And I just keep working hard, making more music than ever and I am always trying to improve my shows.

When I first started playing in the Netherlands I did like 30 shows a month, sometimes even more. People see you play every month, so I constantly had to change and renew my sets. And because there are so many parties in the Netherlands, people have very high expectations and get bored easily.”

Although we live in a world of YouTube stars and overnight celebrities, where seemingly anyone can get famous with enough social media hits, for the most part, the most successful people have built that up over time. Quintino is a perfect example…he’s been spinning since he was 18, but he’s enjoying more success today than ever before. He’s done that through working hard at his craft and not being afraid to try new things. With the confidence to take on anything in the studio, Quintino tries to make a positive impact on the world with his music. Work hard kids, good things will happen.

“I would like there to be more unity and respect in the world. I truly cannot understand how someone can hate another person just because of where they are from, their sexual preference or religion, etc. As I said before, I believe in positive vibes and enjoying life. Life is short so there is no time for negativity. I think music unites us so I hope I can contribute to this by sharing my music, when we party together and share positive vibes. Overall I just want to show the world that positivity will always conquer negativity.”